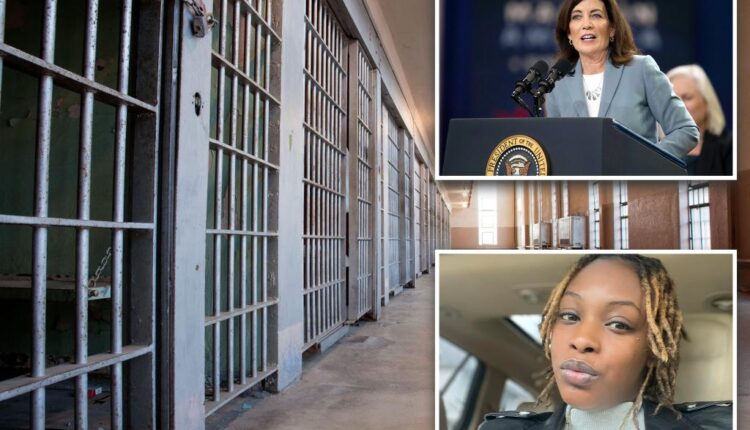 Let’s get one thing straight. Keaira Bennefield would be alive today if her violent, predicate-felon estranged husband had been remanded after he savagely beat her inside her apartment a few days before he shot her.

But he wasn’t remanded because Adam Bennefield caused only misdemeanor injuries and a judge could not set bail on him even though he had previously been convicted of a gunpoint kidnapping of two women and had served almost 15 years in state prison. Gov. Kathy Hochul either does not understand that or is afraid to anger the progressives in her party who wrote the disastrous bail reform laws that allowed this to happen. Either way, it’s pathetic.

Hochul tried to blame the district attorney. But the DA leveled charges that were appropriate for the defendant’s actions at the time. Bennefield’s injuries were only misdemeanor injuries under New York law, although the experience was terrifying. Even if the DA had been able to raise the charges to the felony of attempted assault in the second degree, the judge still could not legally set bail, and the DA could not even request it, because even this felony assault is a non-bailable offense under “bail reform.”

Hochul tries to blame “the system,” whatever that means. But in reality, she is “the system.” She is the governor of New York state and the leader of the New York state Democratic Party, which single-handedly passed these laws. She was the lieutenant governor when these laws were passed and signed.

She says, “Orders of Protection have to be granted,” apparently not realizing that one had been granted by the arraigning judge the day before the murder. She says, “We have to make sure that judges and prosecutors charge appropriately.” Well, Governor, in our system, judges don’t charge crimes, DAs do, and it appears that the DA did charge correctly after all.

She tries to blame everyone and everything except her own inability to fix the bail laws that were signed while she was Andrew Cuomo’s lieutenant governor.

Bail reform supporters will say that opponents of bail reform are “fearmongers.” It is not fearmongering to point out that crime is up 32% in New York City since bail reform — 25,000 more victims so far this year than in the same period in 2019. It is “fact mongering.” They say that it is racist to criticize their bail reforms even though the vast majority of crime victims caused by bail reform are people of color, including 90% of murder victims and 96% of shooting victims.

The sad reality is that advocates of bail reform will admit privately that their goal is to decrease the number of people in jail, and they are willing to accept the increased crime in order to achieve it. But they cannot say that publicly, so they deny that the increased crime rates are due to the release of thousands of career criminals under these bail reforms.

They say they need “more data” even though we now have almost three years of data that unequivocally show the failure of bail reform. They will never admit that they were wrong, as that would mean that their entire worldview was wrong. I don’t doubt that the reform advocates sincerely grieve for the Bennefield family, but in reality, to them, Keaira Bennefield is just more collateral damage in their fight for “criminal justice reform.”

Try explaining that logic to the family of Keaira Bennefield, Gov. Hochul.

Jim Quinn was executive district attorney in the Queens DA’s Office, where he served for 42 years.