hit the brakes on Biden’s gas and energy nonsense 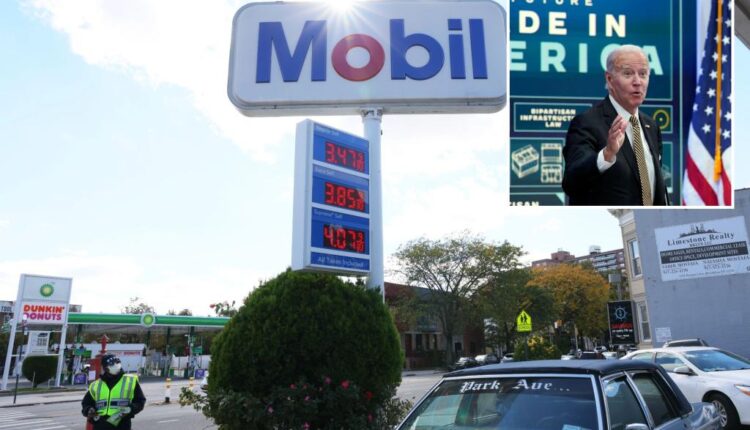 Team Biden’s energy nonsense never stops. The latest: a bizarre claim that Americans are saving money — $120 a month, or $420 million in total since summer — at the pump.

Yes, gas prices are down from their scorching-hot $5.01-per-gallon June peak to a still-painful $3.85. But, by all accounts, the main reason for the drop was that Americans reduced their driving in response to the sticker shock.

And that $3.85 is still 62% higher than when Biden took office. So there have been no savings at all.

And this will draw the reserve down to near 40-year lows. Cross your fingers it’s not needed for its actual purpose, namely in case of military emergency.

Even when the prez calls for increased domestic production — the actual solution here; unshackling the enormous capacities of American energy as his predecessor did — he plays lickspittle to Green New Dealers. We “need to responsibly increase US oil production,” Biden postured Wednesday. “Responsibly” here means “not at all.”

All this after the Saudis wouldn’t play nice with Biden over oil output (maybe because he vowed to make the kingdom a “pariah” state and cozies up to Iran). Even now, his main idea is to burn foreign oil, as if Saudi or Venezuelan oil is somehow better for the environment.

Yet more proof Biden’s energy policies are as nonsensical as . . . everything else he argues for. And as damaging to average Americans and the nation.

Yes, New Yorkers have a ‘perception’ of more crime — because there IS more crime