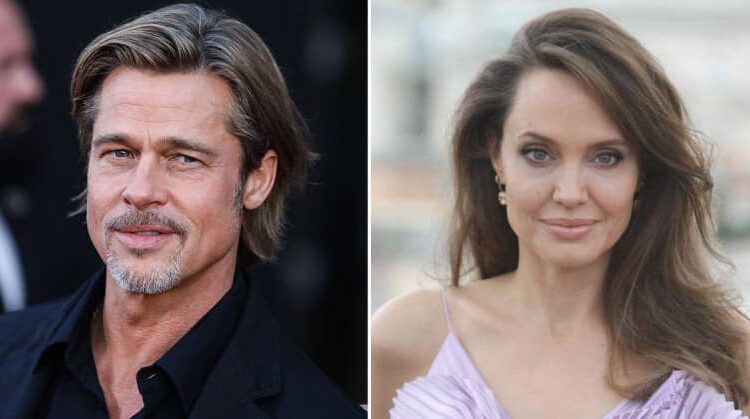 Brad Pitt might not be a perfect parent, but friends are rushing to his rescue after his ex-wife Angelina Jolieclaimed he assaulted two of their children during the then-couple’s infamous 2016 fight. A source close to the Oscar-winning actor scoffed at Jolie’s account of what happened on the private plane all those years ago, telling RadarOnline.com that her story is “constantly evolving.”

A countersuit was filed on Tuesday, claiming Pitt “choked” one of their six kids and “struck” another in the face during the altercation, but an insider insisted her claims aren’t true.

“She continues to rehash, revise and reimagine her description of an event that happened 6 years ago by adding completely untrue information each time she fails to get what she wants. Her story is constantly evolving,” the source told RadarOnline.com.

As this outlet reported, the countersuit claimed Pitt “grabbed Jolie by the head and shook her” before allegedly turning on the children who rushed to their mother’s rescue. “At one point, hepoured beer on Jolie; at another, he poured beer and red wine on the children,” the filing obtained by Page Six read.

“To get Jolie off his back, Pitt threw himself backwards into the airplane’s seats injuring Jolie’s back and elbow,” the filing continued. “The children rushed in and all bravely tried to protect each other. Before it was over, Pitt choked one of the children and struck another in the face. Some of the children pleaded with Pitt to stop.”

Our insider stressed that Pitt was investigated over Jolie’s accusations, and no charges were ever produced for the dad of six.

“She had the opportunity to share information with law enforcement who made the decision not to press charges following their investigation,” the source continued to spill to RadarOnline.com. “She had the chance to share this during the lengthy custody trial, which resulted in the judge granting 50-50 custody to Pitt following in-depth observations and analysis by doctors, therapists, and other experts.”

“Her and her team go back to the same thing month after month with new and false information,” the source concluded.

Months ago, Jolie was identified as the “Jane Doe” who filed a lawsuit against the FBI, in which she questioned why the investigation into her ex over assault allegations was closed.

The actress first claimed an incident erupted between their oldest child Maddox and the movie star on the plane during their fight. After an investigation, the FBI closed the case against Pitt. The Los Angeles County Department of Children and Family Services also investigated Pitt for child abuse, and nothing came out of it.

Jolie filed for divorce shortly after the incident. Pitt and his ex have continued fighting for custody of their children and their famous winery after Jolie offloaded her shares allegedly without his approval.