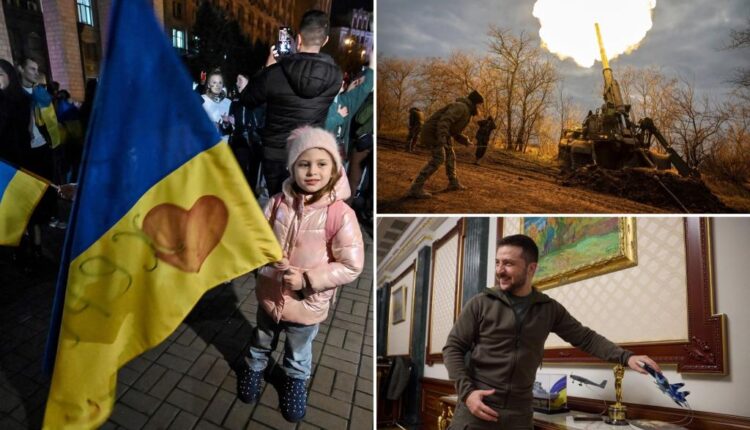 There could not have been a better answer to Western peaceniks, who have been urging President Volodymyr Zelensky to negotiate with Russia, than a string of Ukrainian successes on the battlefield.

Two weeks after the infamous letter from the Congressional Progressive Caucus and days after reports of behind-the-scenes pleading from the Biden Administration, Russia’s defense minister Sergei Shoigu announced in a carefully staged meeting with his generals that Russian forces were retreating from the western side of the Dnipro river in the Kherson Oblast, including from the 300,000-strong city of Kherson, which had been under Russian occupation since early March.

Kherson matters because of the natural barrier provided by the wide Dnipro river, which has only a limited number of crossings. Had Russia continued to hold an outpost on its western bank under a putative cease-fire or a frozen conflict, they would be in a much stronger position to relaunch an offensive into what remains of Ukraine’s Black Sea coast once their forces are reconstituted.

Russians are retreating because their positions are unsustainable given the damage done to their supply lines by Ukrainian attacks. The alternative would be to risk having their entire force in Kherson routed and destroyed at a later stage, just like in Donetsk in early September.

As Ukrainian troops arrive on Kherson’s main square, the wind is firmly in Ukraine’s sails. Even Russia’s terror campaign against Ukraine’s infrastructure, a tactic meant to punish civilians, is likely abating because the regime has only limited stocks of high-precision missiles and drones and the attacks have not generated any strategic advantage for Russia.

It is likely to stay that way in the coming months. According to my colleagues at AEI’s Critical Threats Project (CTP), “winter weather could disproportionately harm poorly-equipped Russian forces in Ukraine, but well-supplied Ukrainian forces are unlikely to halt their counteroffensives.” If anything, the frozen terrain will improve Ukrainian maneuverability rather than lead to a slowdown of their advances.

It is important that Western aid keep flowing. The United States has just handed over the 25th installment of its security assistance, worth $400 million in air defenses, and precision and long-range capabilities.

Contrary to what critics of military assistance to Ukraine allege, it represents perhaps the best way to spend money in the entire Pentagon budget, as it allows the United States to debilitate one of its key global adversaries — investing in Europe’s and our own security for decades to come — without risking the life of a single American serviceman or servicewoman.

Yet, the Biden administration and our European allies continue to hold back. The president said he was denying Ukrainians longer-range Army Tactical Missile Systems because he was “not looking for them to start bombing Russian territory.” It is a mistake to try to second-guess Ukraine’s military strategy or to gratuitously handicap its armed forces by withholding important capabilities.

Of course, Russian invaders are relying on military and logistical infrastructure present on Russian territory, making it a legitimate war target. Ukrainians themselves are best positioned to determine whether striking against such sites within Russia is worth the cost of a possible non-conventional escalation by Putin.

Yes, we should all wish for this war to end quickly, at the negotiating table. But it is neither reasonable nor realistic to expect President Zelensky to sacrifice hundreds of thousands of Ukrainians, currently suffering under Russian occupation, in exchange for a tenuous cease-fire that will allow the Russians to regroup and prepare for another attack. According to CTP, the Kremlin is rushing to train some 120,000 recruits, to be deployed in Ukraine in the spring. Halting the hostilities now would provide a respite to the weakened Russian forces while solidifying their gains ahead of an inevitable push to destroy Ukraine a few months from now.

The only path toward lasting peace in Ukraine and a geopolitical calm in Europe is a decisive Ukrainian military victory. We can, and should, help make it materialize.

Dalibor Rohac is a senior fellow at the American Enterprise Institute in Washington, DC. Twitter: @DaliborRohac.