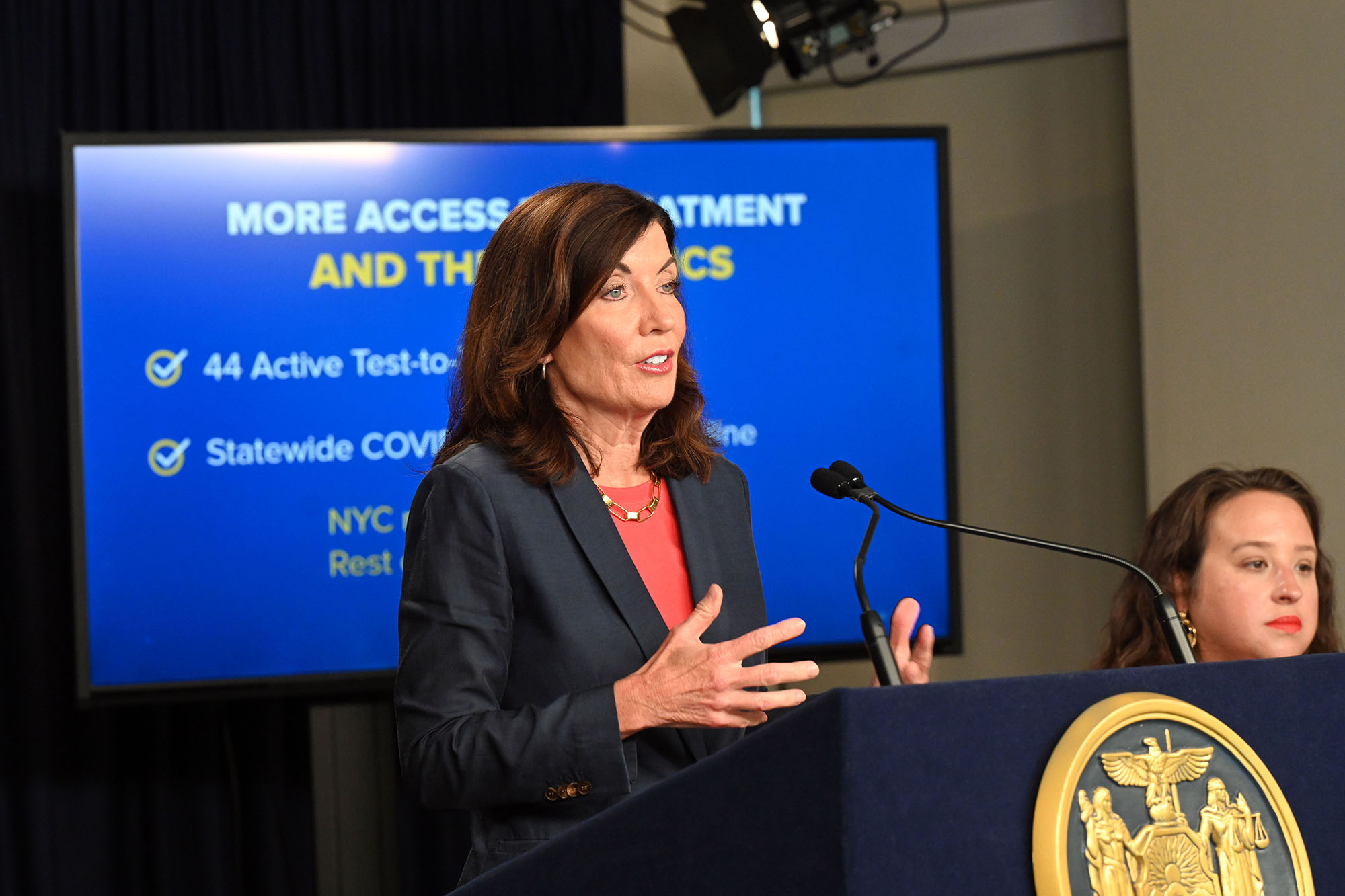 After months of stalling, Gov. Kathy Hochul announced last week that she’s outsourcing her long-promised review of the state’s COVID-19 policies initiated by her predecessor. In what no one should think is a coincidence, that means the results won’t come until long after the November election.

People who lost family as the likely result of the Cuomo diktat requiring nursing homes to re-admit COVID-positive patients had demanded a nonpartisan commission to investigate and hold the Cuomo-Hochul administration accountable.

Instead, Hochul has issued a Request for Proposals for an independent firm to get paid to do an “After Action Review.” Assuming some offers meet muster, only then will the state issue a one-year contract (overseen by Homeland Security Commissioner Jackie Bray) to assess “what was done right and what can be improved.”

At best, this is kicking a bunch of cans down the road: Cuomo’s grotesque care-home mandate; the ensuing coverup of the true care-home death tolls (which Cuomo & Co. claimed was for fear of political persecution by Trump administration), the VIP testing for Cuomo family and friends and the then-gov’s $5.1 million book deal.

Not to mention Hochul’s own actions in continuing various mandates long after they made the least bit of sense, as well as her insistence on still retaining various emergencies powers that, among other things, prevent the state Comptroller’s Office from doing its normal review of many contracts.

Even after her obscene Buffalo Bills stadium deal greatly benefitted her husband’s firm, we shied away from calling Hochul “corrupt.” But her continued habit of manipulating state government to her own benefit, and against the public interest, counts as the worst sort of corruption, even if she never quite gets caught breaking a single law.

Opting for a drawn-out contracting process for the “After Action Review” is completely contrary to Hochul’s pledges for greater transparency, including vows to that effect on this very issue. She just doesn’t want any added risk of losing in November.

This governor’s selfish abuses of power add up to another compelling reason to vote for Lee Zeldin.

Gurman: Apple Watch Pro to get first major redesign since 2018