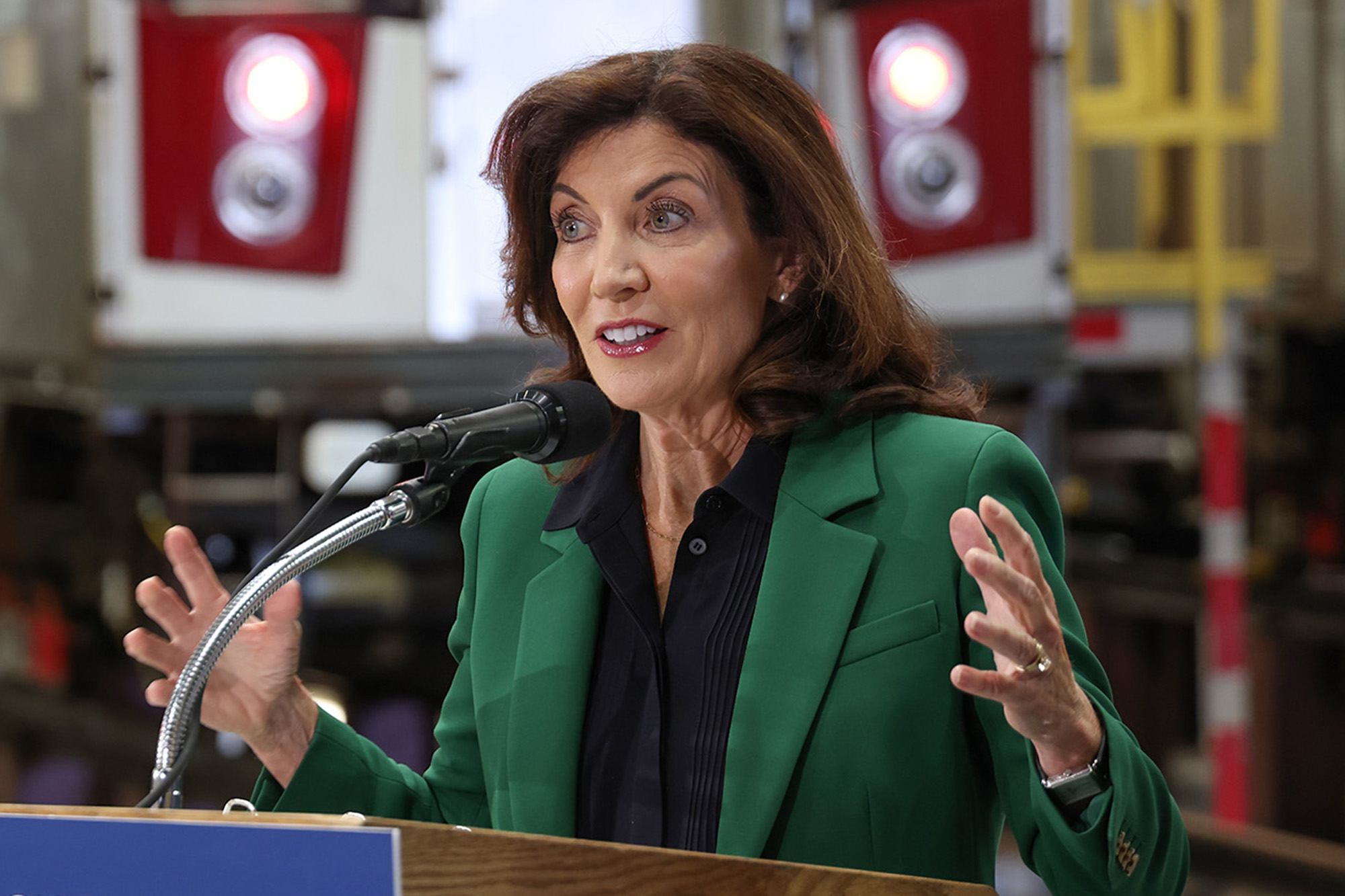 Gov. Kathy Hochul can’t keep her story straight on her fishy deal to buy overpriced COVID tests from a big donor. She’s sworn up and down she had no idea the firm’s CEO, Charlie Tebele, and family were donors to her campaign. But it turns out he’d thrown her an in-person fund-raiser the month before.

As the Times-Union reveals, Tebele hosted the bash in November 2021 (even as the gov’s campaign hired one of his kids as a paid intern). Four days later, the gov declared a COVID emergency — suspending rules around competitive bidding for key state contracts and review before payment on such contracts.

Then, in December, Hochul’s office inked deals worth a brain-busting $637 million with Tebele’s company Digital Gadgets for some 52 million at-home COVID tests. More, the sketchy move got done in a single day.

And thanks to the emergency, no one could stop it despite the per-test price being more than double what other vendors — i.e. those lacking cozy political connections to the governor — were managing to snag.

Goodtime Charlie then threw a second fundraiser for Hochul — just after the massive payments to his firm were complete, in April.

The picture couldn’t be clearer. Or uglier.

Hochul’s tried to explain the inflated price as a necessity, as the state needed a lot of tests fast due to the Omicron wave and the reopening of schools. But she kept on buying the tests at sky-high prices long after any possible crisis had subsided.

And remember, Digital Gadgets was just the middleman: California bought identical tests direct from the manufacturer at 45% less per test.

Hochul’s lie about knowing Tebele pre-deal only adds insult to the fiscal injury she did by taking it.

Again, this is just one of Hochul’s most flagrant pay-to-play shenanigans as she rushed to sell taxpayer-funded favors to her donors; others have surely cost New Yorkers far worse. But don’t expect any investigations: Her fellow Democrats control the rest of state government.

A one-party state is a corrupt one. Count it as one more reason to vote for Lee Zeldin this November.

AirPods Pro 2 have a firmware update before they even launch