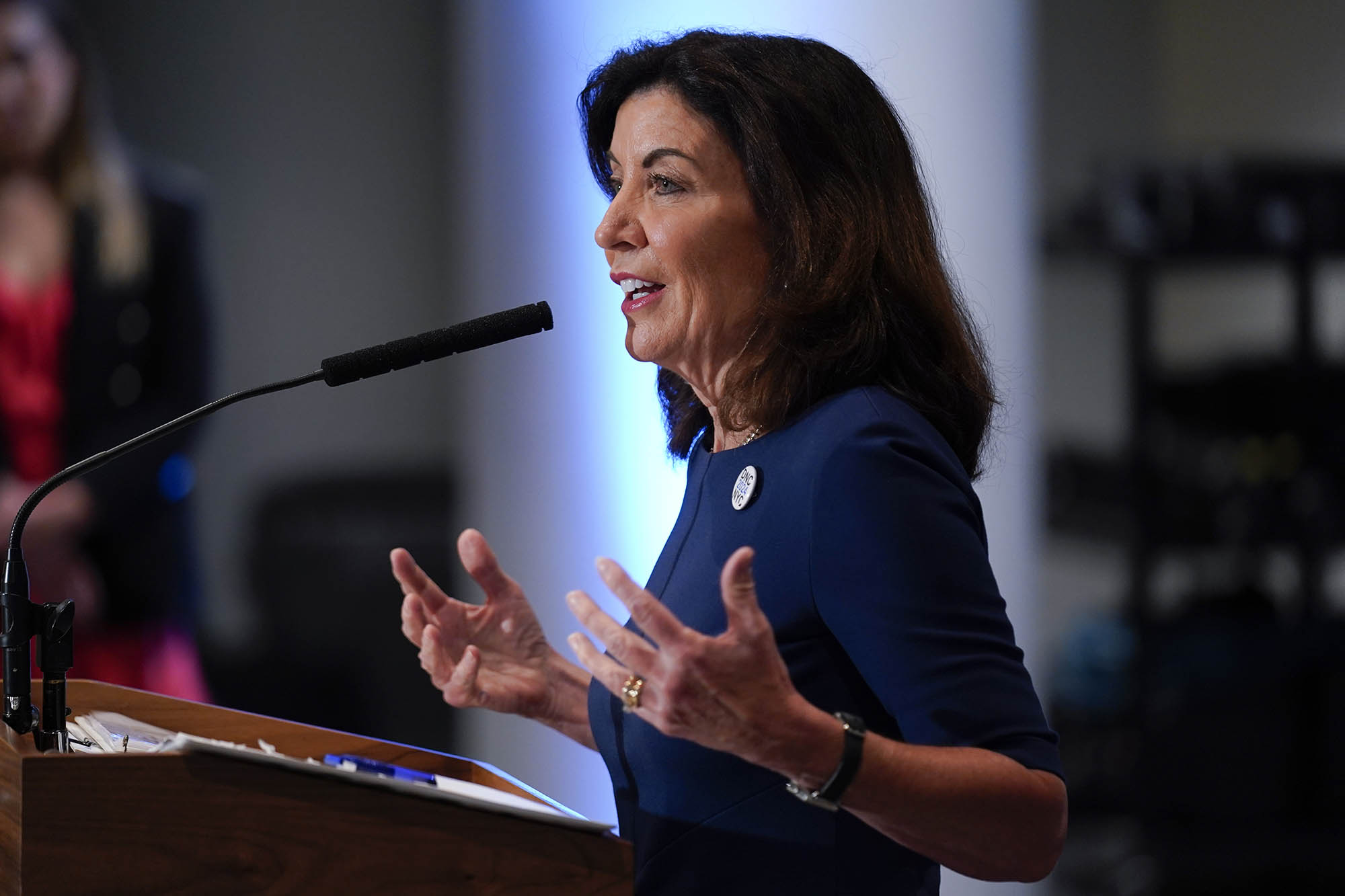 The first clear preview of this came during the pandemic. If ever there was a moment for a politician to unfold a bold new vision, it was then: The “accidental governor” took office on the heels of a disgraced predecessor during an unprecedented crisis.

Instead, New Yorkers got a watered-down version of Andrew Cuomo’s heavy-handed rules, one that pandered to teachers unions and the hard core of Dem public-health alarmists without satisfying them — while angering more sensible citizens (i.e. everyone else).

Time and again, Hochul insisted she needed more data before taking common-sense steps like ending school masking rules, and even then she fudged by letting individual schools keep them.

She’s Gov. Jello — just witness her refusal even now to lift her MTA mask mandate, a joke that’s utterly unenforced and utterly pointless and so only builds contempt for all public-health orders. Compliance is now well below 50%, with no outbreaks. What data is she waiting for there?

It was all “I need more data” on crime, too. She’s not to blame for the disastrous criminal-justice “reforms” that crippled New York law enforcement — but with crime already soaring as she took over, she clung to bad data (tendentious studies by a left-leaning newspaper, the Times-Union) to put off pushing the Legislature to act. Finally, she demanded . . . near-meaningless tweaks, instead using her political capital to score an unbelievably generous stadium deal for the wealthy out-of-state owners of her hometown Buffalo Bills.

Even Buffalo residents dislike that giveaway, though her husband’s company, with its major interest in Bills concessions, appreciates it.

In another low of indecision, she’s sitting on the ruinous NYC-class-size bill rammed through at the behest of the United Federation of Teachers, neither signing nor vetoing it. We hear she’s waiting for the UFT to reach a compromise with Mayor Eric Adams and Schools Chancellor David Banks so she doesn’t have to take a side.

Heck, for all the real-estate cash her campaign has hoovered up, she didn’t even fight to save some version of the 421a tax break, which is essential to getting significant affordable housing built in the city. And she plainly never gave a thought to trying to trim back the red tape and sky-high taxes that choke economic growth across the Empire State.

Instead, we get bank-busting budgets with plenty of baksheesh for pet causes and massive waste of taxpayer dollars.

That bring us to the one principle Hochul’s willing to fight for: helping fat-cat donors like Steve Roth, whose “Penn Station rehab” deal will slam taxpayers and not rehab the station — but may grant him a campus to match his rival’s Hudson Yards.

Gov. Jello won’t take any stand unless her own green is at stake.