GOP has to get behind Ukraine in order to defeat Putin 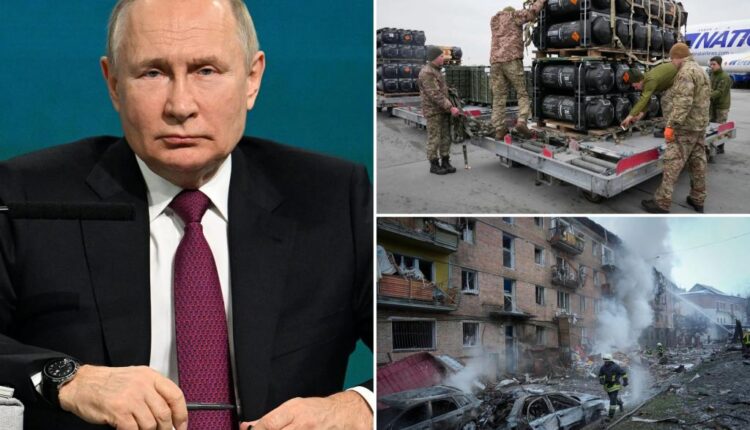 What is happening to the Republicans?

There was a time only a decade ago when the Republican Party was full of war hawks. A bit too full, actually. After 9/11 it became a point of patriotism to be behind American military actions in the world. Part of the burden of being a superpower was that America also had to police the world.

Yet that is something that seems to be brewing in the current Republican Party. And over a war which no US soldier is fighting in.

I refer of course to the war in Ukraine, which I have just got back from seeing.

There are many criticisms that people on the right and left can make of the Ukrainian government, about corruption in the country and more. But when Vladimir Putin invaded Ukraine earlier this year, he did something completely unacceptable. He sent his tanks into a sovereign country to occupy it and replace its leadership. All under a false claim that he was “de-Nazifying” the government of Volodymyr Zelensky. Who must be one of those “Jewish Nazis” you hear so much about.

Putin’s entire war is a war crime. It is not just that his armies have been committing atrocities. His whole war is an atrocity. Nothing about it can be excused. Nothing Putin has done is for any noble reason.

To give them credit, the Biden administration realized that. They quite rightly didn’t want to put American boots on the ground. But if you’re not going to put your own military in harm’s way, the least you can do is arm our allies and make sure they are suitably equipped for a war they have been forced to fight.

Perhaps it is because the arms to Ukraine have been given under a period of Democrat rule that certain Republicans have turned against it. Perhaps they are fed up with Pelosi and Biden’s grandstanding. Maybe they are fed up at being made to feel that Ukraine is “this month’s cause.” But whatever the reasons, some members of the Republican Party have got themselves into a very troubling corner.

For instance, earlier this week Republican Rep. Matt Gaetz boastfully tweeted, “I will NOT vote for one more dollar to Ukraine.”

Other Republicans have joined him. Including more important figures like Kevin McCarthy, who said that Republicans would ensure Ukraine would not get a “blank check” from America. As though anyone ever said it should.

Now, with the Republicans enjoying a razor-thin majority in the House, even the most fringe members of the Republican Party could have a significant impact on world events.

If they decide to make the arming of Ukraine a partisan issue, they could wreak havoc. And what exactly do these anti-Ukraine Republicans hope to achieve?

It is understandable to take the lesson from Iraq and Afghanistan that America should not be in the business of state-building. Though that was something America used to be perfectly good at, decades ago. But fine, a backlash is underway.

Yet what is more likely to keep American troops out of harm’s way than to make sure a vicious opponent of the United States cannot win a war he began? Arming the Ukrainians to push Putin back is not just a gamble — it has already worked. It is one of the reasons why the Ukrainians have had such success on the ground and why Putin is in retreat. A retreat that I have seen.

Back in February when this war started the civilized world agreed that Putin could not get away with his actions. Countries who were weak on the question were shamed. The Germans, for instance, were initially reluctant to help Ukraine because Germany is so reliant on Russian gas.

Since then, the question has been which European power would go weak first. Would it be Germany, France or Italy? Surely one of them would break the line the West has been holding?

What is strange is that it now looks as though it is America that could go wobbly on this war. Thanks to a group of Republicans who seem to have tangled up Zelensky and Ukraine in a culture war and a political war going on here at home.

I hope they don’t succeed. Of course there should be oversight and scrutiny over every American taxpayer dollar that is spent anywhere. But America needs a foreign policy as well as a domestic policy. The party of Reagan used to recognize that. And also knew that when Russian tanks roll into a country, the job of the United States is not to just sit back and watch.

When Colin Kaepernick decided to kneel during the national anthem at NFL games, he was immediately celebrated for his “bravery.” Because protesting against America is such a dangerous thing to do in America, right?

Well, if companies like Nike had any real interest in human rights they would immediately sign up the entire Iranian soccer team. Because there is a group of men with some real bravery.

Ahead of their first game in the World Cup this week, the players refused to sing their own country’s national anthem. The government of the Islamic Republic is currently abducting and murdering its opponents. Including women who refuse to cover their hair in public.

I fear deeply for these men, and what will be done to them when they return home. But wouldn’t it be nice if all those companies who like to make a profit off fake heroes did something to support a few real ones?