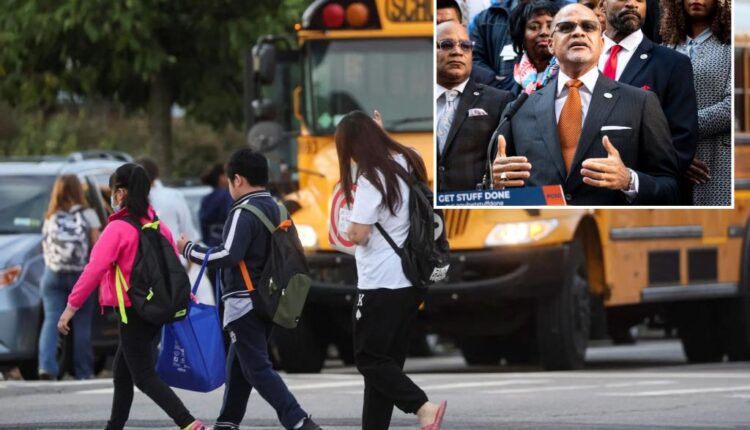 Imagine you are the newly appointed head of a large, troubled company that once had more than 1 million customers. In the past three years you lost 200,000 of them and are on track to lose another 10%. It’s an existential crisis that threatens jobs, store closures and the bottom line.

You immediately conduct customer focus groups to learn directly why they’re unhappy and what they want from you. Meeting after meeting, your customers, many of whom have been loyal for years, passionately plead for the return and expansion of specific services they value and tell you what they need and want to remain customers.

Then you turn around and give them the opposite of what they ask for.

Sounds crazy? It is. But that’s exactly what’s happening in my children’s school district and districts across the city.

I am an immigrant and a graduate of New York City public schools — a proud alum of Brooklyn Technical High School. My two children attend city public schools. I’m also an elected parent member of the District 2 Community Education Council and have served school leadership teams of my kids’ elementary, middle and high schools. I know city schools. And I know what city parents want: a rigorous education that prepares students for college admission and success in college and the real world.

But there’s a catch. To return to a system where grades and hard work do matter, individual schools have to implement admission screens. Banks left it up to the city’s 32 school-district superintendents and their principals to decide how and whether to create middle-school admission screens and raise the bar of expectations for our children.

Banks asked each superintendent to “partner with school communities’ leadership, staff, and parents to thoughtfully determine if and where middle school screened programs should exist based on instructional and community needs.”

I attended two such engagement sessions recently for District 2 — Manhattan’s largest district and the home to many contentious battles between pro-merit parents who want to raise academic standards for all students and ideologues who call such aspirations racist.

The feedback was a loud and ringing endorsement to return to screened schools with challenging admissions standards. Parent after parent talked about the devastation the lottery system wrought and how such “Powerball admissions” will drive them out of the school system. We heard from families who succinctly and passionately said: Bring back screened admissions and accelerated programs.

If our school district were like any competitive industry in which so many customers express forcefully exactly what they want in a service, it would be a no-brainer to immediately design and provide what parents want.

Instead, our superintendent speaks about “equity” and tells the very parents to whom he should be listening that they’re not going to get what they know their children need and deserve. Operating behind the safety of a well-funded, politically powerful teacher and principal union monopoly, school officials tell us parents what we should want.

Yet they’re surprised when they lose ever more customers. Let’s face it, the only reason more families don’t leave is because the same government that restricts competition will call Child Protective Services on parents who won’t send their children to a failing government school if they don’t have the means to pay for private or parochial schools, aren’t lucky enough to win the public charter lottery, can’t home school or can’t leave the city.

Despite the years I have invested in New York City schools, I can’t in good conscience recommend that families keep their children in failing schools. A bad education is a sinking ship, and I am morally obligated to get them to safety.

Chien Kwok is an elected member of District 2’s Community Education Council and co-founder of PLACE NYC, a parent-led education advocacy group. His views are his own.

After the shooting outside his home, Rep. Lee Zeldin’s fight is now clearer than ever