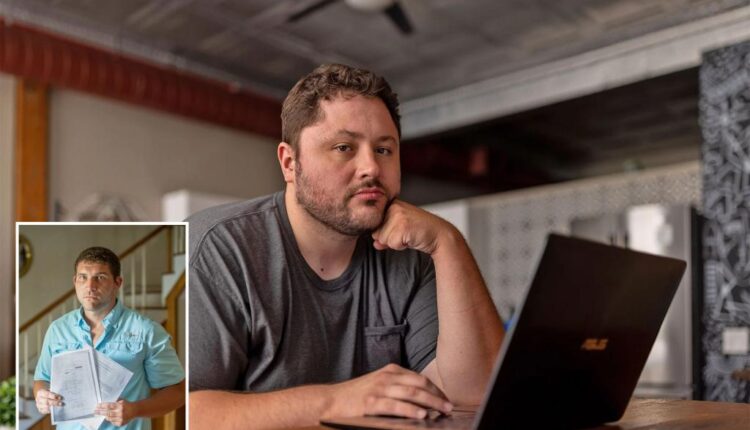 Alejandro Mayorkas was reading Facebook the other day when he saw a headline: “DHS Announces They Will Suppress As Much Speech As It Takes To Preserve Democracy.” Enraged that someone would spread vile misinformation, the Homeland Security secretary sent agents to the writer’s home. They battered down his door in the middle of the night and quickly whisked him away to a black site in a foreign country for a nice long “chat.”

Did you believe that?

Somewhere along the line you probably became skeptical. That’s a real headline from The Babylon Bee this week, but no one at the Bee has been arrested by DHS — yet.

Really, it’s not outside the realm of possibility.

That’s why late last week, the Bee called on the Supreme Court to take up a case from Ohio being appealed by the Institute for Justice, where we are attorneys.

Anthony Novak thought it would be fun to set up a fake Facebook page claiming to be his local police department. It landed him in jail, charged with a felony.

In his posts, the “department” boasted of police efforts to ban feeding the homeless (something not too far from reality), enforcing a mandatory “stay inside and catch up with the family day” and allowing reformed pedophiles to get honorary police badges. Most people laughed; 11 people called the non-emergency line to let the police know about the page. One of those tattletales was in fact someone who had created her own page honoring the police department.

Even though Anthony took down the page after hearing cops had opened a criminal investigation, police spent weeks securing warrants and ultimately arrested Anthony and raided his apartment, seizing anything connected to the Internet, even game consoles. As Anthony noted in an interview, the police even tried to take his roommate’s gun despite the fact “it didn’t connect to the Internet.”

Anthony’s case went to trial, where he was acquitted by a jury. But that doesn’t make his persecution any less outrageous. And he’s not alone in having found himself in police custody just for making jokes on Facebook.

Down south in Louisiana, Waylon Bailey was arrested for an even more obvious joke, comparing the COVID-19 outbreak to a zombie apocalypse. “SHARE SHARE SHARE ! ! ! ! JUST IN: RAPIDES PARISH SHERIFFS OFFICE HAVE ISSUED THE ORDER, IF DEPUTIES COME INTO CONTACT WITH ‘THE INFECTED’ SHOOT ON SIGHT….Lord have mercy on us all. #Covid9teen #weneedyoubradpitt”

Waylon’s wife joked in a comment that she was going to report him. The sheriff’s office did see the post and did not care for being the butt of a joke.

Though Waylon’s post included an obvious reference to Brad Pitt’s “World War Z” film and a shocked-face emoji, the deputies didn’t think it was funny. They slapped on body armor (but conveniently left their body cams at the office), tracked Waylon down to the garage he was converting into a COVID gym and came at him with guns drawn.

Unlike in Anthony’s case, the prosecutor dropped the felony terrorism charges the police concocted to arrest Waylon.

Both Anthony and Waylon sued the officers who arrested them for violating their First Amendment rights. Both had their cases dismissed after officers were granted qualified immunity.

That basically means that if police do something new and crazy, you can’t sue.

To writers at The Babylon Bee, as well as The Onion, this is frightening. Every day, these outlets do their best to fool at least some of the public into believing that their satire is real news. In their separate briefs to the Supreme Court, they both make the case that qualified immunity shouldn’t trump the First Amendment.

The Supreme Court should make it clear that the First Amendment protects Anthony and Waylon just as much as it protects the writers at the Bee and The Onion or Stephen Colbert and Greg Gutfeld.

In the meantime, the Bee writers should flee to a non-extradition-treaty country for a bit. We hear that Secretary Mayorkas is not happy.

Patrick Jaicomo and Anya Bidwell are lawyers at the Institute for Justice, leading its Project on Immunity and Accountability. They represent Anthony Novak before the Supreme Court.