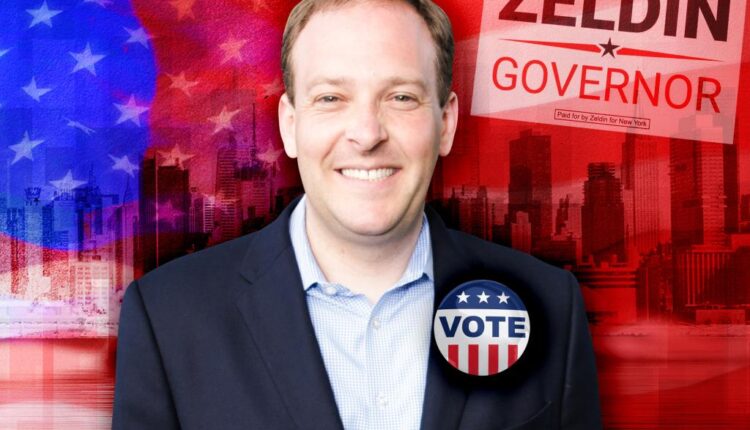 To save the state — cap its bloody crime surge, reverse the endless tax hikes and stop the exodus to other states — you need to get out and vote for Rep. Lee Zeldin.

It’s the last chance to stop the insanity and end the one-party rule that has monopolized power, put special interests and lefty ideology ahead of the public’s needs and left New Yorkers poorer, less safe and more taxed.

Democrats rail about the “threat to democracy,” but what kind of democracy operates with just one party that has no check on its power? That’s what’s happened to New York.

This year offers the best shot in a long time to bring back a competitive, two-party system. But it won’t happen unless New Yorkers get to the polls and cast their votes for Zeldin and other Republicans all the way down the ballot.

If you believe Gov. Kathy Hochul’s claim — and not the statistics — that New York crime is just a myth spread by a “conspiracy” of “media manipulators,” vote for her.

But then, don’t dare complain about crime later, if she wins. Blame only yourself for the state’s continued downward spiral.

If, on the other hand, you want a safer, healthier, saner New York, you need to get out and vote for Zeldin & Co.

Zeldin has solid plans to make the state safe and affordable — so you don’t have to flee, as so many New Yorkers already have.

Zeldin will give Mayor Adams the vital backup he needs against Albany radicals, who stand in the way of glaringly obvious common-sense solutions to crime.

He’ll take on teachers unions, making sure kids come first. And if union-dominated government schools don’t cut it, parents will be able to shift kids to free, non-union charter schools. Hochul, in thrall to the unions, opposes expanding charters.

Unlike the current governor, who sells her office to big-time campaign donors, Zeldin won’t even meet with contributors who have business before the state.

Hochul has gotten away with numerous corrupt deals, aided by endless COVID-19 state-of-emergency declarations, which gave her extra powers.

He’ll jump-start the economy, not by handing corporations billions of your dollars to operate here, as Hochul has, but by lowering taxes, easing regulations, squelching crime and making the state more attractive.

Most of all: Zeldin, a Republican, will provide a vital check on the left’s domination of the state government and the crazy, radical agenda it’s pushing on New York.

Let’s face it: The madness — crime, inflation, failing schools — won’t end unless New Yorkers say enough is enough and cast their ballots for Zeldin and the GOP.

But they’ll need every single vote they can get to win in deep blue New York.

This could be voters’ last decent chance for a long time to restore democracy in the Empire State and save us from the fever of progressive politics that has gripped Democrats for too long.

This is New York’s only hope. Don’t let it pass us by

I’m a pro-choice Democrat, and I’m voting for Lee Zeldin to make me and other women feel safe again