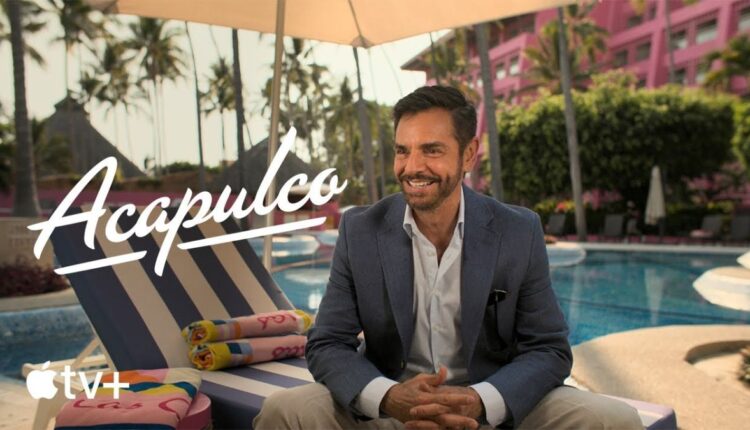 We’re only a day away from the second season of Acapulco hitting Apple TV Plus and you get get a first look before it even premieres.

The second season of the comedy series will debut on Friday, October 21. To build the hype for the new season, Apple TV Plus has released a first look that takes you behind the scenes with the cast.

You can watch a first look at season two on YouTube below:

Join the cast and take a trip back to Acapulco with an inside look at Season 2. Stream the first two episodes October 21 on Apple TV+.

Season two of the series “picks up right on the heels of season one, telling the story of 20-something Máximo Gallardo, whose dream comes true when he scores the job of a lifetime as a cabana boy at the hottest resort in Acapulco, Las Colinas.”

In 1985, Máximo must contend with upheaval at the resort, unexpected problems at home and a new love interest who just might rival the girl of his dreams. Under Don Pablo’s guidance, he sets his eyes on one day running the entire Las Colinas operation by becoming Diane’s right-hand man. Meanwhile, in present day, older Máximo returns to Acapulco to make peace with the recent passing of Don Pablo, and he is forced to confront some unfinished business young Máximo left behind.

You can check out the trailer for the second season of the comedy series on YouTube below:

Season two of Acapulco will premiere on Friday, October 21. If you want to enjoy the movie in the best quality possible, check out our review of the Apple TV 4K and our list of the Best TVs for Apple TV 2022.

As simple as ABC, Chancellor David Banks is right on the point