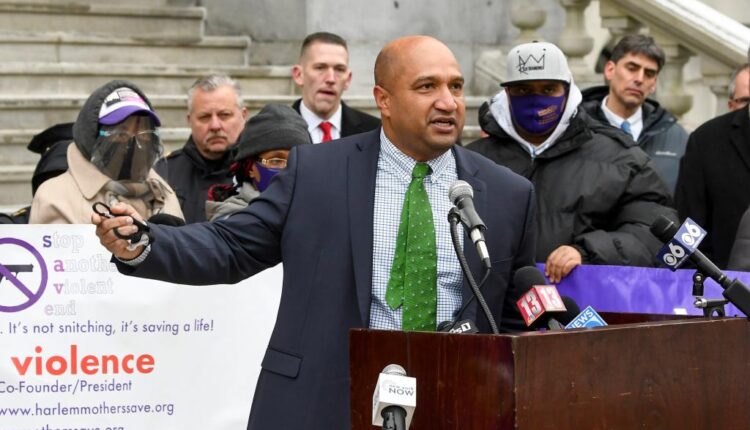 Nothing concentrates attention quite like the rattle of gunfire.

Certainly Albany County District Attorney David Soares — a one-time disciple of civic-disrupter George Soros — is not immune. The fellow has had an epiphany, and good for him. There have been at least 13 gun homicides in New York’s capital city this year — two just this past week — and roughly 80 shootings. Adjusted for population, this would approximate 1,100 homicides in New York City, and 6,800 shootings — stats sure to grab any honest man’s attention.

Soares appears to be that honest man — though it’s been a journey. He upset a hard-line incumbent DA in 2004, largely on the strength of focused opposition to New York’s then-no-nonsense, yet relatively effective, drug laws. But he also had critical financial support from billionaire Soros — the latter then just kicking off his effort to turn America’s cities into crime-wracked social swamps.

But as Soros’ scheme proceeded — Manhattan DA Alvin Bragg is merely his latest trophy, to the borough’s eventual grief — Soares has been moving in the other direction.

He was an early, unashamed critic of New York’s sharp shift left on crime — opposing bail “reform,” raising the age of criminal responsibility, and penal code revisions designed to hobble prosecutors. These, Soares reasoned, would lead directly to blood-stained streets.

He was correct, of course, and Monday — after another bullet-riddled week in the capital city — the DA unloaded on both Gov. Hochul and the legislative leaders responsible for the carnage.

“No meaningful action has been taken to address bail reform and ‘raise the age,’ which have demonstrably [driven rising] crime in our most vulnerable neighborhoods,” Soares declared. “At what number will the body count be enough to prompt action?”

Actually, it’s worse than that. Not only have Hochul, Assembly Speaker Carl Heastie and Senate Majority Leader Andrea Stewart-Cousins refused to act, they won’t even admit there’s a solution.

Take the governor, for example.

Really. Gun violence listening sessions — that’ll do the trick! (Just like Albany Mayor Kathy Sheehan’s latest deflection — today is “coffee with a cop day” in her city, a gambit certain to have the bad guys turning in their weapons and heading back to church this Sunday.)

These are all thoroughly modern New York Democrats — a gaggle by definition in the grasp of hard-left ideologues and thus oblivious to the life-and-death needs of the communities they are morally obliged to represent.

All save David Soares, it seems.

It’s not at all clear when Soares’ road-to-Damascus moment occurred — but clearly it did, and now he is speaking profound truth to hard-left political power. And his question resonates.

“At what number will the body count be enough to prompt action?” What number, indeed.

Our review of wonderful Petrolheadonism Live 2022