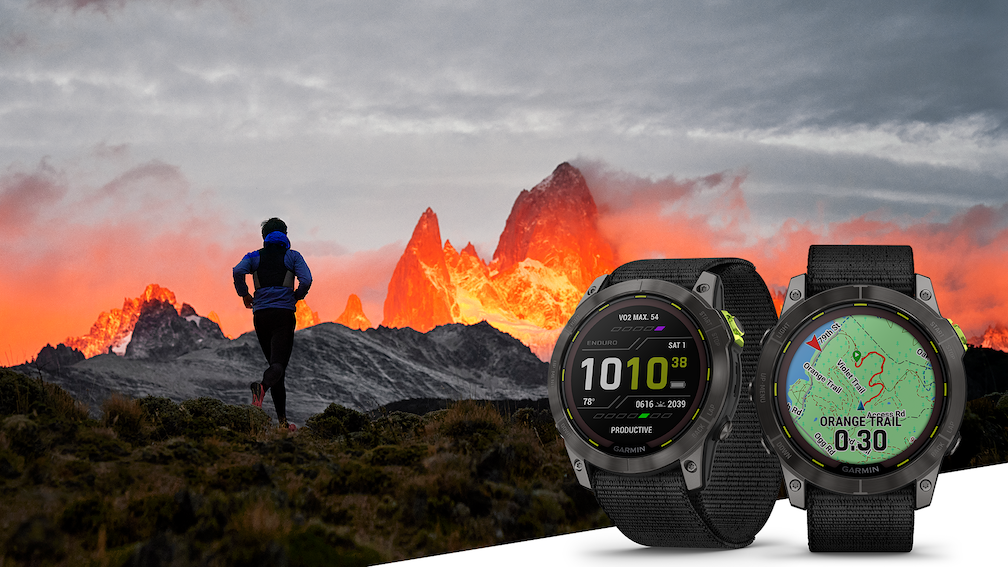 While Apple is getting ready to launch its next Apple Watch, Garmin just released a new sports-focused smartwatch that may already take the wind out of Apple’s sails.

The Enduro 2 is looking like the kind of watch you want to be strapped on your wrist for all kinds of adventures. The bezels are titanium, making it lightweight but extremely durable, and in GPS mode, its battery can last up to 150 hours. That’s thanks, in part, to the ability to use solar energy to recharge the watch.

On top of that, the Enduro 2 has some very advanced running-focused features that ana serious athlete or trainer would want to have at their disposal. Some of those features are:

Is the rumored ‘Apple Watch Pro’ already in trouble?

There’s been a lot of chatter in the rumor mill about Apple offering a few versions of its upcoming Apple Watch Series 8 (opens in new tab), one of which could be an ‘Apple Watch Pro’. What does that mean exactly? Well, the going theory is that Apple wants to target extreme sports enthusiasts and pro consumers with a model that offers a little more.

No one is sure what the ‘Pro’ will stand for in Apple Watch Pro, but one thing is clear; the Apple Watch has a lot of competition if the sports smartwatch space.

Companies like Garmin have been launching sports-focused smartwatches for years and are way ahead of Apple in terms of battery life, durability, and sports-focused features — primarily running.

We’ve mentioned in our watchOS 9 preview, that Apple is improving fitness tracking a lot with its upcoming software release, but in my opinion, that alone is unlikely to change any Garmin users into Apple Watch users with major hardware improvements.

The saving grace of the best Apple Watch (opens in new tab) has always been how well it connects to everything in the Apple ecosystem and its very robust smartwatch capabilities. So, if the Apple Watch Pro can add a decent amount of features to its already great smartwatch functions, it’s possible that it could sway some more sports-focused consumers away from Garmin. And, if the Apple Watch Pro keeps its price relatively reasonable, that could go a long way with potential consumers in these tight-financial times.