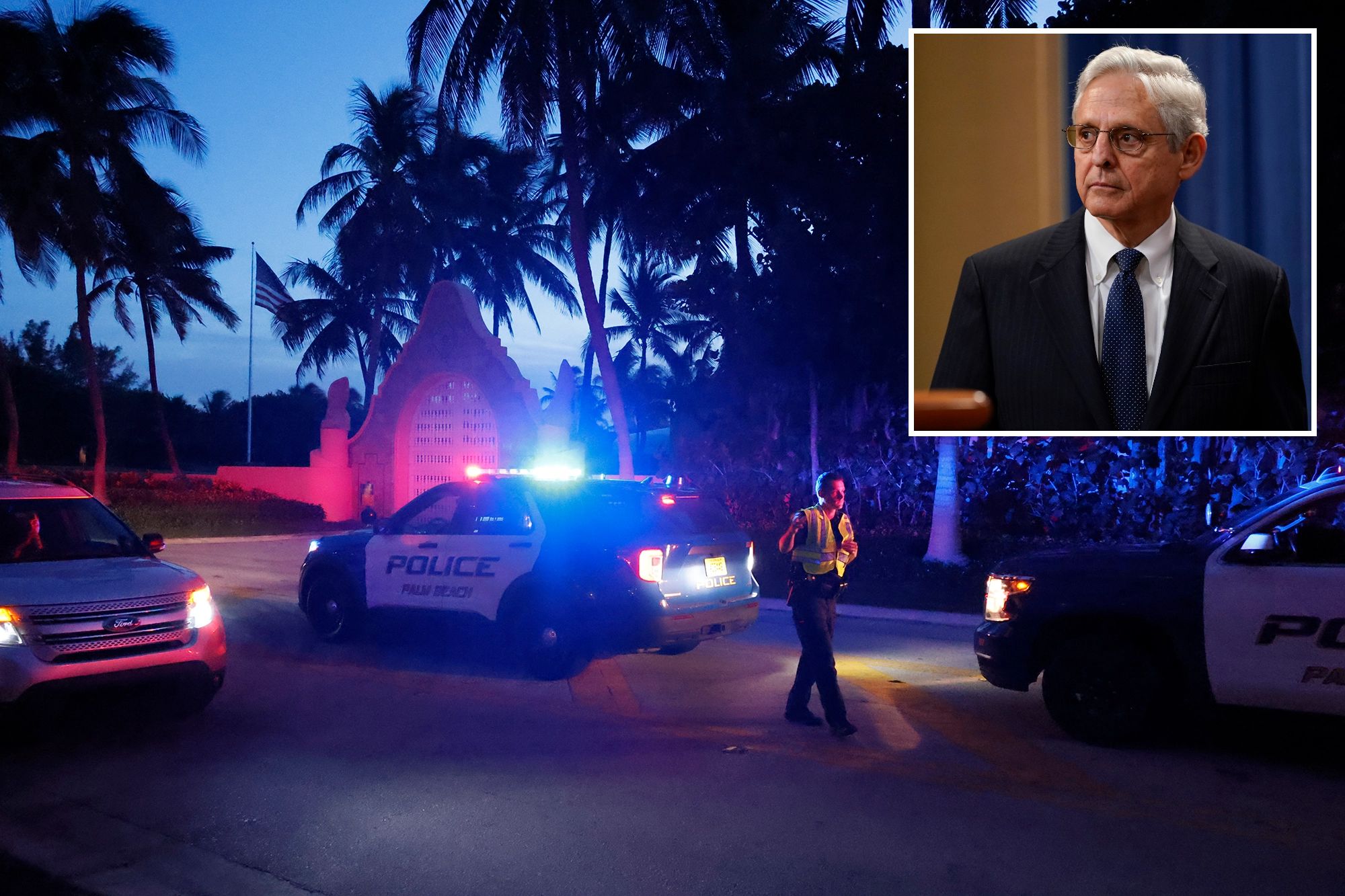 “The White House continues to insist Joe Biden knew nothing about” last week’s Mar-a-Lago raid, and The Wall Street Journal’s William McGurn figures “presidential ignorance here (or at least the pretense of it) serves a useful political game,” letting the White House comms people refuse to comment. But “do Americans really want an unelected attorney general making the unprecedented decision to send 30 FBI agents to the home of a former president and possible presidential candidate without at least running it by his boss, the sitting president?” If “unelected bureaucrats are exercising unchecked power against Americans,” know “that many of the elective officeholders whose authority is being usurped don’t complain because it also means they can get what they want done without assuming any of the political cost.”

Attorney General Merrick Garland “has seemed largely reactive and rote in dealing with questions over bias or abuse in his department” after the FBI raid on Mar-a-Lago, chides Jonathan Turley at USAToday. “If there was one occasion for total transparency, including the release of the FBI affidavit, this was that moment,” yet “there was no prepared statement or response for days, which allowed speculation and rage to grow.” This added to public mistrust of the Bureau, with its “documented history of false statements to courts and falsified evidence in support of a previous Trump investigation,” even as Garland won’t name a special counsel for Hunter Biden. The raid has “historic sweeping political implications,” and while an AG “should not be motivated by optics in his decisions,” Garland “also cannot ignore optics when they undermine the integrity of his department.”

“It has been somewhat surreal over the past few days,” admits John R. Bolton at The Washington Post, “to be speaking publicly about Iran’s plot to assassinate me and many other American citizens on American soil.” More surreal is “that the Biden White House, faced with Iran’s broad campaign of anti-U.S. terrorism, amounting to an act of war, is still obsessively grinding along to revive the 2015 Iran nuclear deal.” Indeed, “Biden’s bizarre policy of ‘nuclear deal über alles’ reflects an instinct for the capillary when it comes to Washington-Tehran relations. Iran’s nuclear program is only a symptom of the real problem: the regime itself.”

Libertarian: The Afghans We Left Behind

“One year after the U.S. withdrawal,” nearly 80,000 “Afghans who assisted American forces are still stuck under Taliban rule,” deplores Reason’s Fiona Harrigan. “We have been unemployed for a year. Our children cannot go to school. We ourselves are in hiding,” says a man who worked at Kabul’s US embassy for four years. His relatives worked with Canadians, Germans and Brits, he says, and “all of them were transferred with dignity and respect, but I stayed here.” Note Harrigan: Helpers “contributed years of their lives to the U.S. military, but they were unable to access the visas Washington promised them — and the escape route that American politicians laid out” last summer. At current rates, any visa-eligible Afghans will still be waiting in 2029, when Biden could be finishing his second term.

These are the rarest and most expensive amiibo for Nintendo Switch