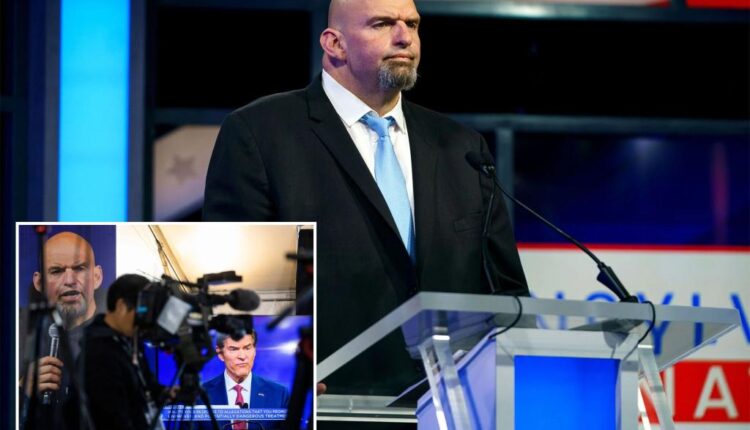 I have asked to see Pennsylvania Senate hopeful John Fetterman’s health records, much as I previously asked to see Hillary Clinton’s, Joe Biden’s and Donald Trump’s. Back in 2008, when Sen. John McCain was running for president, the media pressured him to release more than 1,000 pages of health records, and I was part of the small group that pored through them. I announced this as the new standard of transparency: All candidates running for higher office should release their health records. The McCain Protocol was born.

But part of this protocol includes not speculating about a candidate’s health based on video clips alone, and I have always respected that, insisting that I am limited by not seeing the records or examining the patient.

In John Fetterman’s case, I have asked to see the echocardiogram of a damaged, ballooned-out heart and the MRI of a damaged brain following his stroke this year. How large is the stroke? Exactly which areas that involve the language and thought-processing centers of the left brain are involved?

I would especially want to see what a cardiologist and neurologist have to say about him in the context of the actual medical record.

But Fetterman himself gave us all permission to judge his mental fitness and acuity without reviewing the actual record when he essentially said during his debate with Dr. Mehmet Oz Tuesday night that the face-off itself was his cognitive test.

It was a painful hour of watching the Democratic candidate try and fail to process questions and provide complex answers, answers befitting a US senator. Even with technological assistance he still kept forming his answers around a single phrase in the question, from “fracking” to “universal health care” to “abortion.” You could see him seeking out the central idea of a concept or sentence, but the words around it failed to flow.

This was more than just a problem with expression; it was one of conceptualization too, a difficulty in understanding or processing complex ideas at the same time. It was not hard to project the difficulties he would face in trying to perform the job of senator, no matter how much rehabilitation therapy or how many verbal aids or prompts he has.

Don’t get me wrong — I still want to see the actual records. But whatever they show, it is already clear that Fetterman isn’t prepared to address the complexity of our leaky southern border, for example, or the link his Republican opponent drew between this and our burgeoning fentanyl problem among our youth.

The issues themselves were greatly overshadowed by the realization that even if you agree with Fetterman on something, he likely lacks the mental ability to follow through. His stroke has almost certainly affected his executive function, or the ability to put together details, to plan, to focus attention, to juggle multiple tasks and make complex decisions.

Fetterman may still improve, but he remains at great risk for a heart attack or stroke. Of the more than 795,000 Americans who sustain their first stroke every year, 23% experience a second one. This is without taking into account the specific risk factors Fetterman has from his heart disease.

His first stroke was reportedly due to a blood clot from his enlarged ballooned heart (cardiomyopathy) and his irregular heart beat (atrial fibrillation). Though the clot was sucked back out through a catheter, it was not before some damage to the brain had resulted. He has a defibrillator and a pacemaker because of the risk of sudden death.

This degree of health impairment cannot be overlooked. There is too much at stake; this is too important a time for America for fitness not to be an issue when it comes to holding higher office.

It is a bipartisan issue. Medicine and health must trump politics every time. At the debate, John Fetterman invited us to judge his mental acuity by his performance. By this criterion alone, he does not appear to be fit to serve.

Marc Siegel, M.D., is a clinical professor of medicine and medical director of Doctor Radio at NYU Langone Health and a Fox News medical analyst.

iCloud.com is getting a huge redesign