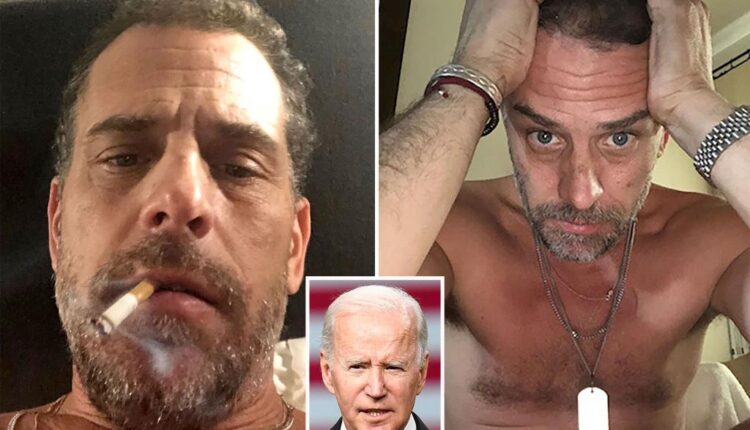 Leaks from the Department of Justice that charges are imminent against Hunter Biden over tax and gun offenses suggest he is getting a sweet deal after a four-year investigation by Delaware US Attorney David Weiss.

Missing from The Washington Post account of the DOJ case against the president’s son is any mention of previously mooted charges over money laundering and violations of the Foreign Agents Registration Act (FARA), both of which could lead prosecutors to inspect the president’s involvement in an influence-peddling scheme run by his son and brother Jim Biden during Joe’s time as vice president.

But a source close to the president’s son alleges the leaks have come from “rogue investigators” in the DOJ who are concerned that Weiss is not going to indict Hunter.

“They want the scalp [and] they’re putting Weiss in a box. He’s in a horrible, horrible spot. The case has been going for four years and nothing has happened with it . . . They’ve investigated [Hunter] thoroughly . . . These people have tried to find everything. These are Trump prosecutors.

“If it was going well, they would have indicted Hunter. You can indict a ham sandwich . . . They are trying to back Weiss into a corner by leaking [to] set the table for if [Hunter] does get exonerated — they get this s–t out there. So when Weiss looks at the decision and decides not to prosecute, they’ve gotten out in front of it with all this smoke.”

Hunter would say that, wouldn’t he? He still believes he has done nothing wrong, despite overwhelming evidence on his abandoned laptop and from former business partner Tony Bobulinski that he was involved in a Biden family scheme to sell his father’s influence for millions of dollars to America’s adversaries, including in China and Russia.

The source said President Biden and Attorney General Merrick Garland have kept out of legal decisions regarding Hunter.

“I know his father [Joe] doesn’t get involved at all,” the source said. “Neither does Garland. It’s all done from Baltimore and Delaware and is a co-thing between the IRS and the US Attorney’s Office.

“We heard they went nuts [several months ago] the day the tax payment came in because it f–ked their case up.”

Hunter is believed to have repaid the IRS $2.8 million in overdue taxes.

The gun charge relates to whether Hunter lied on a mandatory background-check form when he bought a gun in Delaware in October 2018, that subsequently his widowed sister-in-law threw into a trash can at a time when their romantic entanglement had turned sour.

The form, obtained by Politico, showed that Hunter allegedly answered “no” to a question asking if he was “an unlawful user of or addicted to” illegal drugs. At the time, according to material on his abandoned laptop and his own memoir, Hunter was addicted to crack cocaine.

The DOJ previously has jailed people for lying on the form, which is a felony.

A Hunter friend says the gun charge came “out of the blue” earlier this year.

“The claim is he didn’t admit he was an alcoholic and had a drug problem in his application. It’s hardly the first time that’s ever happened.”

Another source, a former associate who still keeps in touch with Hunter, says the first son’s team regards the leaks “as a desperation move because the DOJ case is falling apart.”

Chris Clark, Hunter’s lawyer, responded to calls, emails and text messages yesterday with a one word response, “Ignoring,” but later pointed to a previous statement lambasting the leakers and saying: “We believe the prosecutors in this case are diligently and thoroughly weighing not just evidence provided by agents, but also all the other witnesses in this case, including witnesses for the defense . . . They should not be pressured, rushed or criticized for doing their job.”

Sources familiar with the case say prosecutors wanted Hunter to agree to a plea deal but he refused to plead guilty to a felony.

If he refuses a plea deal, the US attorney could indict him and include extra charges, including for FARA and money laundering, with the potential for a trial in Delaware that could involve witnesses such as his former lover, sister-in-law Hallie Biden, and uncle Jim Biden, who also is under federal investigation on separate matters.

Such a trial would be a grave political risk for the president, so it is difficult to see Hunter holding out for long against the sweet deal.

But then again, as a former prosecutor puts it: “Hunter suffers from hubris, fatal arrogance. He has always received what he demands.”