Everything Apple could still launch in 2022: iPads, MacBooks, and more 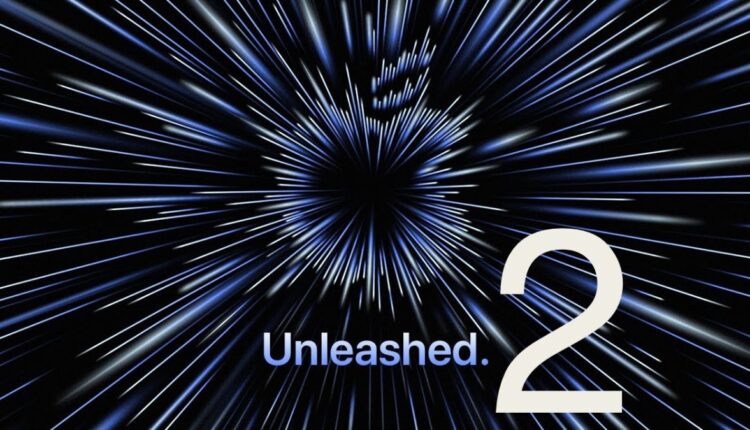 It’s getting colder in parts of the United States, which means pumpkin spice coffee, Saturday and Sunday football, and … more new Apple goodies are about to arrive. Since 2010, Apple has held an October “special event” eight times, so we’re likely to still get a few announcements from the company before the year closes out.

A couple of obvious releases coming towards the end of the year, and in fact confirmed to be coming in October, are iPadOS 16 and macOS 13 Ventura.

Besides the new software, new hardware could be arriving. At last year’s “Unleashed” event on October 18, for example, the company introduced new color options for the HomePod mini, AirPods (3rd generation), and the 14-inch and (next-generation) MacBook Pro. This year, new iPads and MacBooks are expected to be announced with the company’s M2 processor.

Here’s everything Apple could still announce and release through the end of 2022.

iPadOS 16 and macOS 13 Ventura are definitely coming this year and, even better, we know what month they are being released.

In the press release for AirPods Pro 2 when the company released the new earbuds in September, Apple revealed that both new generations of the iPad and Mac’s software would be released in October:

For full feature functionality, use AirPods Pro (2nd generation) paired with an Apple device running the latest operating system software. Personalized Spatial Audio profiles and Find My will be available with iPadOS 16 and macOS Ventura in October.

We’ve written a lot about both software updates in recent weeks. The biggest unknown is whether additional features will be announced that work exclusively on new iPads and Macs. The jury is also still out if Apple will release Stage Manager at the same time as the rest of the software releases as users continue to complain of bugs with the feature as recently as the latest developer and public betas.

Likelihood of being released in 2022: Zero doubt.

New iPad Pros and a redesigned base model iPad

M2 iPad Pro (2022): There is an almost definite chance that a new 11-inch and 12.9-inch iPad Pro announced in October. Both will feature the M2 chip that first arrived on this year’s MacBook Air and 13-inch MacBook Pro. In addition, it will be interesting to see if these tablets offer Dynamic Island, which just arrived on the iPhone 14 Pro and iPhone 14 Pro Max.

Bloomberg’s Mark Gurman, in a mid-October addition of his “Power On” newsletter, said that the new iPad Pro models could arrive in a matter of days.

– Likelihood: Almost certain. The long-rumored 14-inch iPad Pro is less likely to be making an appearance, however. Instead, that product could be one of the first announced in 2023.

iPad (2022): The flagship iPad always tends to get an update in the fall, which should be the case again. However, rumors continue to grow that Apple may also release one of the biggest updates to its entry-level iPad as well.

The next generation of the base model iPad could feature a new design similar to the rest of the lineup, enabling compatibility with the Magic Keyboard and the second-generation Apple Pencil. While it could adopt some of the latest design languages of the iPad Air and iPad Pro, like the inclusion of a USB-C port, it is likely to still feature Touch ID and some large bezels.

iPad mini (2022): Like the Apple TV, Apple rarely shows the iPad mini love. Last year’s update was the first in two years, and the company could follow a similar pattern in releasing a next-generation model, meaning you might have to wait until 2023. Still, with the iPad Air updated earlier this year, the time might be good this year for an update here as well.

M2 MacBook Pros: The current 14- and 16-inch MacBook Pros feature an M1 Pro or M1 Max chip, fresh designs with advanced displays, and more. Apple is expected to announce new versions of both models that have been upgraded with a new M2 Pro and M2 Max processor, the successors to last year’s more powerful chips.

Bloomberg’s Mark Gurman said that the new MacBook Pro models should arrive around the same time as the M2 iPad Pro models, so they could likely launch in October.

Mac mini M2: Here’s another Mac that’s likely to get a modest update as it goes from an M1 series chip to an M2. Doing so will almost certainly mean the end of the Intel-based model.

Mac Pro: Along with the Mac mini, this is the only remaining Mac with Intel inside. That should end very soon as Apple announces a next-generation model. Expected to feature oh-so-powerful versions of the M2, the Mac Pro should take computing to the extreme and have a price tag to match its power.

– Likelihood: An announcement is very likely for next month. Whether the new machine is released before the end of the year remains to be seen.

iMac: Things are a little bit strange on the iMac front. First, it makes sense for Apple to announce a next-generation 24-inch iMac. Like the MacBook Air before, this Mac needs to get a chip update (to the M2), although there’s no need for a design change as the current version only arrived in April 2021. And yet, we’ve heard very little about an update as an expected October event gets closer.

Second, there’s the possibility of an all-new iMac Pro, a product that Apple discontinued in 2021 after failing to update it for five years. Rumors abound suggested there would be a new iMac Pro announced this year. However, this year’s arrival of the Mac Studio largely squashed those rumors, although not entirely.

Could we get a preview of Apple’s AR/VR headset?

The Apple rumor mill often suggested that 2022 was the year the company’s long-expected AR/VR headset would debut. In recent months, however, things have gotten quieter on that front.

Like the original Apple Watch in 2015, Apple could elect to announce its new headset this fall but not release it until the spring. In between, iMore and other sites would provide anticipation stories as a build-up to launch day.

However, as we get later into the year, it seems less likely we’re in store for a launch this year. If Apple does anything, it would be an event to tease the new headset, which would likely not release until at least 2023.

Apple TV…HDer?: You never know what Cupertino has planned for its entertainment box — if anything. The Apple TV HD has been around for what seems like forever, while the 4K model, now in its 2nd generation, has seen little attention in terms of progress since it was first launched in 2017. So feels like it should be time for Apple to introduce a new Apple TV model (new chip and features) and retire the HD model.

However, since there’s not much to do here other than retire the HD model, we’re unlikely to see innovation on the Apple TV until next year when ideas around a FaceTime/HomePod experience continue to grow.

The return of the big HomePod: Leave it to Apple to introduce a smart speaker only to kill it after three years on the market. That first HomePod (2018-21) was a beautiful device, perhaps a little too bulky for most folks. Hence, one of the reasons Apple launched the smaller and more stylish HomePod mini in 2020.

Rumors suggest Apple plans on bringing another premium HomePod to the market. However, like the 14-inch iPad Pro, this product could just as easily not launch until next year. The biggest thing holding back a big HomePod was that original price point of $399. If Apple does bring a bigger one back, it will hopefully come in at the $199 price point to ensure it has a chance of survival in a bloated low-cost smart speaker market.

– Likelihood: It’s higher than a new Apple TV, but that’s not saying all that much. If pushed, I’d say we won’t see one in October.

– Likelihood: Slim to none.

AirPods Max: The calendar suggests these premium headphones should see an update before the end of the year. After all, the current pair is nearing the two-year mark. And yet, there has been no chatter about a new model coming this year. So once again, it’s probably best to peg 2023 as the year something fresh gets announced.

– Likelihood: Not this year. If we see anything this year it would rather be new AirPod Max colors.

Will Apple even have an October or November event?

The 2021 October event was held on October 18. However, because that event was recorded and no one from the press was invited to attend any sort of hands-on session due to COVID, Apple didn’t even announce the event until six days prior.

This year, Apple made no such event announcement halfway through the month of October so it is getting less and less likely that the company will choose to hold an event in that month.

Instead, new product announcements will likely come in the form of press releases. throughout the end of the year. This isn’t unprecedented as Apple has taken to announce more incremental product upgrades through press releases over the past few years. Heck, even AirPods Max were revealed through a press release.

If Apple does hold another event before the end of 2022, it would likely need to be for someone bigger than a processor upgrade. Perhaps we’re all in store for a preview of Apple’s rumored AR/VR headset in November? Could that be Unleashed Part 2? Who knows!