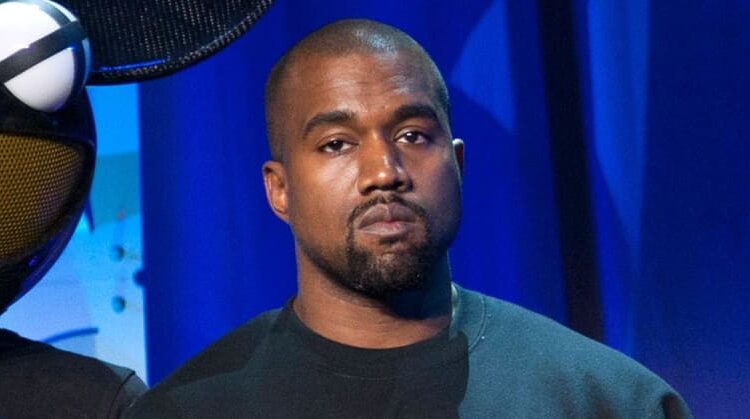 Widely condemned as hateful — the Anti-Defamation League even denounced the phrase as ”hate speech,” citing its ties to white supremacist groups “including the Ku Klux Klan,” as OK! previously noted — several stars began speaking out against West’s usage of the phrase.

From Gigi Hadid to Hailey Beiber, here are several stars who have called out West for his alarming design and behavior amid the social media backlash.

When it comes to standing up for his beliefs, artist Jaden Smith doesn’t mess around. The musician was spotted making an early exit from West’s presentation upon seeing the offensive shirt.

“I Had To Dip Lol,” the 24-year-old child of Will Smith and Jada Pinkett Smith later explained of his decision to walk out of the controversial fashion show. “I Don’t Care Who’s It Is If I Don’t Feel The Message I’m Out,” he continued before tweeting, “Black Lives Matter.”

In a series of Instagram stories, Vogue Fashion Editor Gabriella Karefa-Johnson slammed the designer for choosing to use the phrase, condemning the Yeezy shirts as “deeply offensive, violent and dangerous.”

“The t-shirts this man conceived, produced, and shared with the world are pure violence,” Karefa-Johnson explained on social media. “There is no excuse. There is no art here.”

It seems West was less than thrilled with Karefa-Johnson’s critique, taking to social media to lambast theVogue higher-up with several personal attacks. “This is not a fashion person. You speak on Ye imma speak on you,” he wrote in a since-deleted post depicting Karefa-Johnson. “I KNOOOOOOOW ANNNNA HATES THESE BOOTS,” he wrote alongside another image of Karefa-Johnson, hinting that Vogue Editor-in-Chief, Anna Wintour,would not approve of her look.

Yet it seems this feud didn’t last long. Days later, West took to Instagram revealing that he had seemingly settled his issues with the Vogue maven. “Gabby is my sister,” West explained in the caption of a since-deleted post. “I’m not letting people go to bed thinking I didn’t meet with Gabrielle at 5pm today for 2 hours then we went to dinner at [Ferdi].”

West then explained that award-winning filmmaker Baz Luhrmann filmed this discussion per Wintour’s instructions, noting the footage was still in the editing process.

At the height of West and Karefa-Johnson’s digital showdown, famed supermodel Hadid stepped in, defending the fashion editor..

“You wish u had a percentage of her intellect,” Hadid commented on a since-deleted post regarding the Vogue editor, adding that “if there’s actually a point to any of your s**t she might be the only person that could save u.”

“As if the ‘honor’ of being invited to your show should keep someone from giving their opinion..? Lol,” she continued, dubbing the designer a “bully” and a “joke.”

West later fired back at the model, critiquing her for staying tight-lipped during his issues with ex-wife Kim Kardashian.

“I wonder what Gigi and Venus’s perspectives were when I didn’t know where my child was on her birthday,” the “Stronger” artist mused on social media. “Gabby told me that she disagreed with that (and that’s me putting it in a nice way). She said it was on her group chats.”

“OH AND I DID A T SHIRT DRESS TOOOOOOOO GOOD ARTIST BORROW GREAT ARTIST STEEEEEAL I’M THE LOUVRE,” he captioned the altered snap.

Hadid wasn’t the only high-profile model to rush to Karefa-Johnson‘s defense amid her row with West.

On Tuesday, October 4, Hailey Bieber shared a sweet Instagram Story with her more than 48 million followers praising the fashion maven.

“My respect for you runs deep my friend!” she wrote, describing Karefa-Johnson as being “the most kind,” “talented” “fun” and “chic. To know is to adore you and to work with you is an honor.”

Shortly after, West addressed Bieber’s response on Instagram, sharing a photo of an article detailing her post while calling on her husband, artist Justin Bieber.

Artist Diddy also chimed in on the matter, stating that although West’s new Yeezy shirts were “very tone-deaf,” fans and critics “don’t have to condemn Kanye or cancel him.”

“I understand white lives do matter, but it’s not that,” Diddy explained during an appearance on “The Breakfast Club” earlier this week. “[‘Black Lives Matter’] was our slogan. That wasn’t our slogan to go share with nobody else … Because right now, we’re the ones that are dying, that are incarcerated, that are left in poverty.”

The Benefits of ECU Remapping: How to Get More Power and Efficiency from Your Vehicle’s Engine