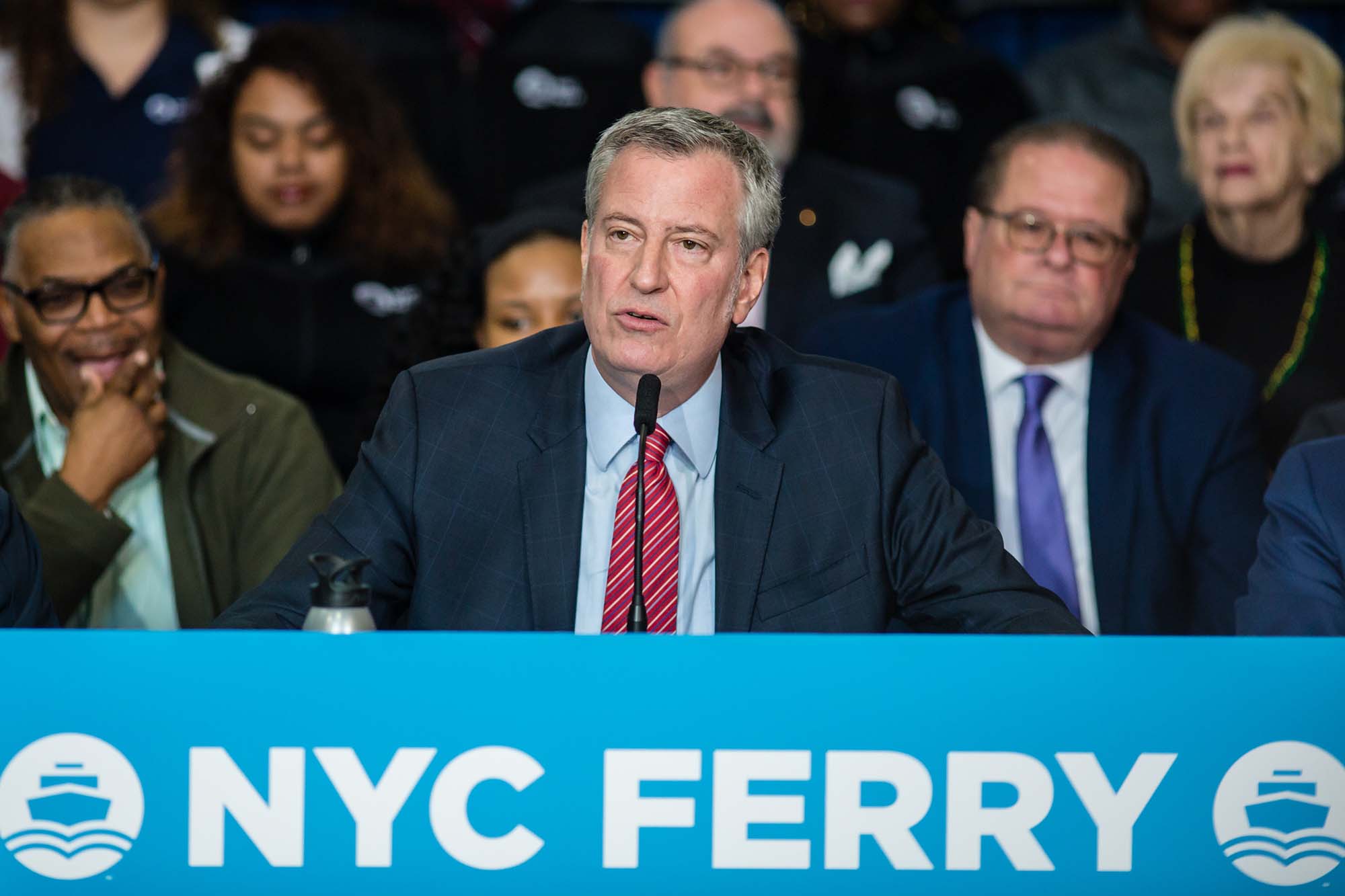 The Post has been blowing the whistle on former Mayor Bill de Blasio’s floating boondoggle for years, noting its outrageous cost to taxpayers and low ridership, while it charges mostly affluent New Yorkers just $2.75 a ride. Now an audit by Comptroller Brad Lander reveals that it’s even worse than we thought: Turns out Blas’ Economic Development Corporation has been hiding costs (to spare the mayor embarrassment, obviously); the actual tab is a whopping $224 million higher than reported.

Lander’s auditors found NYC Ferry cost the city a jaw-dropping $758 million between 2015 and 2021 — not the publicly reported $534 million (itself a ridiculously high tab). EDC mismanagement cost taxpayers another $66 million.

Lander also accused Hornblower, the firm contracted to run the ferries, of hitting up taxpayers for yet another $12 million in overpayments. EDC never bothered to ask Hornblower to repay the city for the phantom charges.

Hidden costs weren’t the agency’s only deception. A 2020 report by The Post revealed that EDC misled the City Council and the public about the makeup of the NYC Ferry system’s ridership. Surveys showed it skewed upscale, not low-income, as de Blasio claimed.

Now the ex-mayor — who’s running in a crowded Brooklyn congressional race — is trying to distance himself from the operation: “If there are issues with underreporting at EDC, or by the ferry operators, that should be remedied, and whatever accountability or reforms that are needed should be adopted.”

Please: The feckless ex-mayor himself was the architect of the fiasco. And EDC staff worked for him.

Then there’s Mark Patricof, whom de Blasio tapped for the EDC board even though he was both an investor and board member at Hornblower Holdings. Blas simply blew off the conflict of interest, arguing that EDC is technically not a city agency and the agency’s rules don’t ban board members from investing in or serving on the boards of companies that do business with it.

Meanwhile, Lander’s figure put the actual cost of each ride at a mind-blowing $14.57, rather than closer to $10 each, as once thought. Yet the upscale riders were charged just $2.75 — the same as a MetroCard swipe. Guess who made up the difference.

Perhaps the only good thing about this horror-show is that it squeezed taxpayers for slightly less than another de Blasio money-bleeder, the near-useless NYCThrive “mental-health” program he set up so his wife could have something to run; taxpayers have had to shell out over $1 billion for that white elephant.

Now he’s running for Congress. Ha! New Yorkers would be crazy to vote for him even for dog-catcher. Meanwhile, Mayor Adams, please put NYC Ferry out of its misery. Kill it. Sell it. Sink it. Whatever. But get it off taxpayers’ backs — now.