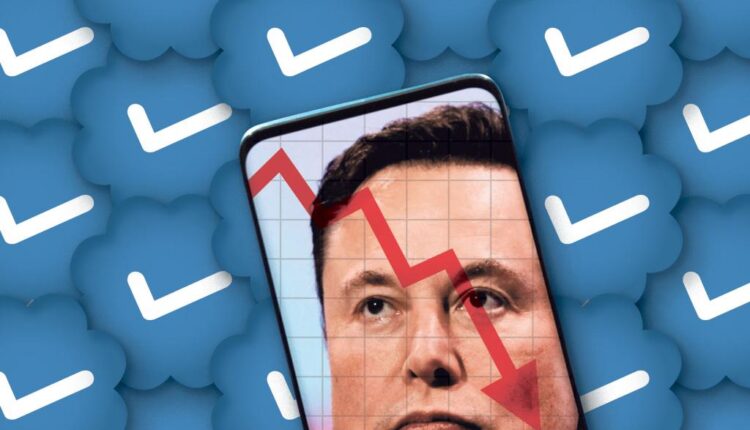 What makes Twitter different from the other social media platforms is that you can talk directly to famous people. They might even reply. You can have a conversation with people who, a generation ago, you would have only read about in newspapers.

Sure, you can yell about Alexandira Ocasio-Cortez or Ted Cruz on Facebook. But you’re just going to be yelling to your uncle and five friends from high school. If you want to yell at famous people, you have to go to Twitter.

Or, if you’re not fueled by rage, and you want to ask The Rock to wish your grandma a happy birthday, you can, again, go to Twitter. (Though, let’s be honest — the platform is mostly angry yelling.)

Either way, you only know you’re actually talking to The Rock because famous people are typically verified, meaning they have a blue checkmark next to their name. That check supposedly makes it harder for other people to impersonate them.

Now that Twitter is under the control of Tesla CEO Elon Musk, he should be doing everything in his power to retain the biggest names on his platform, especially when it’s currently losing its most active users.

Instead, he’s offering a penalty — charging $8 a month for the Twitter blue check “verification.”

This is a bit of a shift. Initially Musk announced he’d be charging users $20 a month to maintain their verified status. But after Stephen King, who is verified and has 6.9 million followers, tweeted, “$20 a month to keep my blue check? F–k that, they should pay me,” Musk replied, “We need to pay the bills somehow! Twitter cannot rely entirely on advertisers. How about $8?”

He then posted a GIF illustrating that people will happily pay $8 for a Frappuccino but not a blue check on Twitter.

Problem is, when you pay $8 for a Frappuccino, you get something you actually want. It’s a delicious treat. The same can’t be said for a checkmark next to your name that was previously assigned to you for free.

For $8 a month, “Twitter Blue” users are also being offered “priority in replies, mention and search; the ability to post long videos and audio; half as many ads; and a paywall bypass for certain publishers,” according to USA Today.

These are all things I have never seen anyone on Twitter ask for.

I’ve been verified on Twitter for some time. Most journalists are. I can tell you the benefits of being verified are essentially nil.

The only thing a blue check does is confer a small amount of status, showing you’re important enough that someone would want to impersonate you.

Just this week, Twitter said it is also introducing a gray “Official” checkmark for government accounts, commercial companies, business partners, major media outlets, publishers and some public figures, before reversing and saying it will be limited to just “government and commercial entities.”

And so, Musk has decided that the big names on Twitter — the people who give the platform all of its value — will have to pay for their blue checks. My guess is a lot of them will bail like Stephen King, and make Twitter completely worthless.

After Musk completed the deal to buy the platform for $44 billion last month, he declared that “comedy is now legal on Twitter.” And that much is true.

He just probably didn’t expect his blue check scheme to end up the butt of the joke.

Jennifer Wright is an author and TV writer with 150,000 followers on Twitter — and, for now, a blue checkmark — @JenAshleyWright