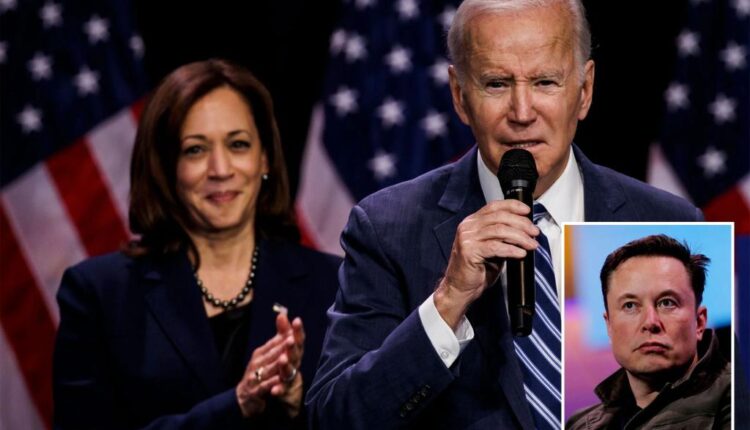 There are no saviors or miracles in democracy, only a grueling, soul-sucking, forever war of attrition. That is the enduring lesson of the 2022 midterms, as it is every election. And, though the results will be overinterpreted by pundits, and partisans will have all their priors confirmed, in the end, it is simply proof that American “democracy” is working.

Overall, it was a disappointing night for Republicans, no doubt, considering the high expectations and the president’s low approval ratings. Though, as of this writing, the GOP looks like it might win the House and has a shot at the Senate, as well. It’s no small thing. But let’s not forget, we’re all winners when DC is mired in gridlock; not only is it the most accurate representation of the national electorate’s mood but it means the system is working.

Democrats have spent the past few years squeezing every globule of meaning from that word “democracy.” President Joe Biden delivered two historically divisive national prime-time speeches arguing that the only way to save democracy was to implement one-party rule.

If our doddering president didn’t look so ridiculous clenching his fists in front of a blood-red background, one might have found the spectacle semifascist. Today, Biden says that the election was a “good day for democracy.” He’s right, but not for the reasons he thinks.

If your version of “democracy” only exists if your party runs every institution, it wasn’t a good day. If you believe “democracy” means exploiting the narrowest of national majorities to lord over all the decisions of states and individuals, it’s going to be a tough couple of years for you.

If you want to destroy the legislative filibuster to federalize elections or cram $5 trillion in generational mega “reforms” through Congress without any national consensus or input from half the country, condolences. You won’t be adding fake senators from DC, in direct contradiction of the Constitution, or “packing the courts” to capsize the judicial system. At least not until 2024, at the earliest.

As Elon Musk recently noted when recommending people vote for Republicans, “shared power curbs the worst excesses of both parties.” (Oh, the hysterics that comment sparked. If it’s not Vladimir Putin or gerrymandering or “voter suppression” or a messaging problem or “misinformation” sinking “democracy,” it’s Elon Musk. No one who believes political discourse needs to be moderated and censored, and acts like voters have no agency, is a champion of American “democracy.”)

Musk is right. Not only is it an excellent outlook for the independent-minded American but it has been the reflex of the electorate — a healthy, real democratic inclination. The inability of one party to monopolize power will either compel both to compromise, or, in times of deep division, shut down Washington and incentivize governors to take care of their own business — which is how our federalist system was meant to work.

Democrats, should the GOP take the House, will whine that failing to implement their economic statism is tantamount to sabotaging the nation — and “democracy.” Biden will blame the GOP for “obstructionism,” as if the executive branch, rather than the legislature, is charged with writing laws.

The media will again lament the dire state of our “dysfunctional” Congress. The Ezra Kleins of the world will lecture us about the need to fix an antiquated system. But, as we learned during the Obama and Trump years, the less Congress meddles in our economic life the better it is for everyone.

Legislative gridlock does not mean Congress is powerless. The House, our most “democratic” institution, has a duty, as the left incessantly pointed out during the Trump years, of holding the executive branch accountable. That might entail investigating Alejandro Mayorkas for precipitating a border emergency, and Merrick Garland, who has politicized the Justice Department in unprecedented ways, targeting parents as domestic terrorists and ignoring criminal activity against pregnancy centers.

Who knows? Washington is a target-rich environment. It is almost surely the case that Democrats will call any inquiries into the executive branch a crime against “democracy,” as well.

Don’t get me wrong, I’m not contending that Republicans are saviors of “democracy” — though slowing the attacks on our institutions, from the Supreme Court to the Electoral College to the filibuster to the First and Second Amendments, is good news. Nor am I arguing that I wouldn’t rather have people who agree with me winning elections.

I’m simply saying that people who confuse and conflate the word “democracy” with getting their way all the time are either frauds or fools.

David Harsanyi is a senior editor at The Federalist.