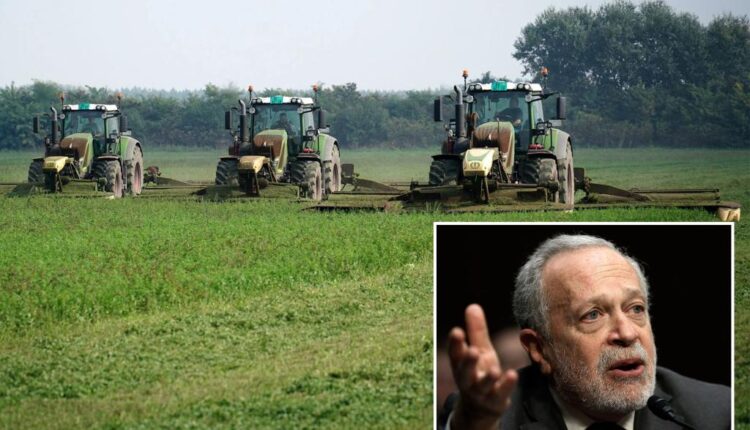 “The problem with living under postmodernism,” Dean Hunter Baker commented, “is that everyone is constantly tending the narrative instead of doing something useful.”

It does seem that way, especially if you run in my circles.

But of course, plenty of people are doing something useful. The world is full of those whose diligent and largely unsung work makes the lights stay on, the grocery shelves fill with food, the toilets flush and even the Internet run. They have been ignored, denigrated and even subjected to a species of economic warfare for the last several decades, but suddenly people are starting to notice that they matter.

It’s what Joel Kotkin calls “the revenge of the material economy.”

The material economy stopped being cool sometime in the 1990s. Blue-collar workers were being laid off, but economic pundits like Clinton Commerce Secretary (now Berkeley professor) Robert Reich were describing them as obsolete. Instead, the future was going to belong to “knowledge workers” — Reich called them “symbolic analysts” — who dealt in abstract concepts, not in concrete doings.

This idea seemed very satisfying to people who sat in front of computers for a living, manipulating symbols, like most journalists, academics and bureaucrats. It wasn’t so great for other people.

As manufacturing shifted offshore or to automation, the breezy advice given to the displaced blue-collar workers was “Learn to code.” That is, forget about the grubby real-world stuff you do for a living, and be more like us, the winners!

And for a while that advice seemed to make sense. As the tech bubbles inflated, people who produced nothing tangible made massive fortunes. The 19th-century robber barons gave us railroads, steel mills and ocean liners. The 21st-century equivalents gave us Facebook and Netflix. Blue-collar workers, farmers and small-business owners — people who operate in the material world — didn’t prosper nearly so much, if they prospered at all.

This peaked during the COVID lockdowns, when the laptop classes worked comfortably from home while small businesses shut down under government mandates.

Now the shoe is on the other foot. Ironically, the likes of Reich were able to take the material economy for granted because it was so productive. When energy, goods and food are cheap and plentiful, they seem like part of the background, barely worthy of note.

But that’s changing. Thanks in large part to lousy policies symbolic analysts produced, the material economy can’t be taken for granted anymore.

“The conflict between the material economy and the economy based in ephemera — such as the creative industries, tech and financial services — is likely to define the coming political conflicts both within countries and between them,” as Kotkin writes. “The laptop elites, led by Silicon Valley, the City of London and Wall Street, generally favor constraining producers of fuel, food and manufactured goods. In contrast, the masses, who produce and transport those goods, are now starting to realize that they still have the power to demand better futures for themselves and their families. Like railway workers, they can threaten to shut things down and win much higher pay.”

The political classes are still mostly in denial. In fact, there’s a strong flavor of “Scarcity is good” coming from elite quarters. The United Nations’ Chronicle website published — and later deleted — an article saying, “Hungry people are the most productive people.”

This week, UN meteorological agency chief Petteri Taalas opined that the war in Ukraine may be a “blessing” for climate-change efforts — because the resulting shortages are blacking out much of Europe.

But most people don’t want to be poor, hungry and sitting in the dark, even if the leadership feels otherwise. (The old joke: “What did socialists use before candles? Electricity!”) And, of course, we all know that the leadership won’t be missing any meals or living by candlelight. Just as the elites cheerfully evaded COVID rules when it suited them, they’ll continue to live large while the little people are asked to sacrifice.

The question is: What if the little people refuse to go along?