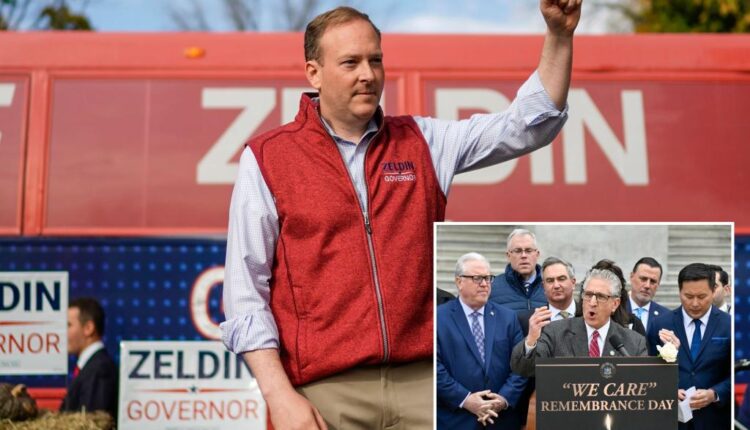 Nearly 20,000 of the more than 70,000 New Yorkers who died during the COVID pandemic died in nursing homes. The pileup of bodies in trailers behind the homes is still fresh in my mind, as is the sound of ambulance sirens blaring for endless months.

Across the state, newspapers published screaming headlines describing bad patient care resulting in death. Hearings were held during which elected officials listened to grieving families call for change. Some legislation passed and was signed — but no change has occurred.

Gov. Andrew Cuomo signed a major piece of legislation, the Safe Staffing Act, which set minimum staffing for nursing homes, before he resigned in disgrace. But nursing homes went to court and lobbied Gov. Kathy Hochul, who put a hold on the legislation for months.

Once again, Hochul sold out as she’s done so many times to a special interest. She’s turned out to be the most corrupt governor in New York history. And in fact, there is still a shortage of nursing-home staff; 50% leave within a year. The staff is neither paid well nor treated well.

Attorney General Letitia James published a damning report on nursing homes that called for major changes: staff increases for better patient care, financial oversight to check how corporate for-profits set up subsidiary businesses to provide laundry, temporary workers and other necessities to nursing homes and pass on the profits to the corporation.

Yet Hochul and Health Department Commissioner Mary Bassett haven’t had the appetite to examine the facts and determine what happened to cause so many deaths. Cuomo’s order, made when Hochul was his lieutenant governor, to send hospital COVID patients back to nursing homes ill-prepared to receive them was a mistake. It let the virus spread among the population most at risk from it.

New York nursing homes, however, had ignored infectious-disease control for years. Nursing homes were fined modestly by the state Department of Health, and often the fines were never paid. AG James found that more than 50% of the COVID deaths in nursing homes occurred in the worst 280 out of 619 nursing homes.

The nursing-home lobby, meanwhile, contributed millions of dollars to the political establishment — and some of Hochul’s top donors are in the business.

In 1972, Nelson Rockefeller was New York governor. He was a man of integrity and vision. And he had guts. He appointed me chair of the Temporary Commission on Living Cost and the Economy, after I had raised questions about cost including on quality of care and the economics and the politics of nursing homes. He never interfered or tried to stop the inquiry.

My two-year investigation revealed patient abuse, economic shenanigans and political corruption. And as a result, laws were passed that improved nursing homes. The Medicaid prosecutor was created, an ombudsman office was created and new formulas were devised to reimburse nursing homes, to give just a few examples. The Assembly’s two top leaders lost their jobs. The quality of care in nursing homes improved.

Fifty years later, I believe it is time for another investigation. The system has changed. The for-profit industry has taken over nursing homes. Financial officers find ways to milk the system. In a new nursing home where the reimbursement is based on the first year’s expenses, for example, the heat is turned up and the windows opened so first-year expenses are higher.

In fact, it is not only time for a new investigation — it is time for a new governor. It is time for a clean sweep. Lee Zeldin has promised a major, thorough investigation of nursing homes and will make sure the recommendations are put into law. Zeldin has promised he will not take contributions from nursing homes. We need to clean up the industry and ensure a transformation. To do that, we need to elect Lee Zeldin governor.

Jerry Lee Lewis, the end of a line of early rock greats, is no longer the last man standing