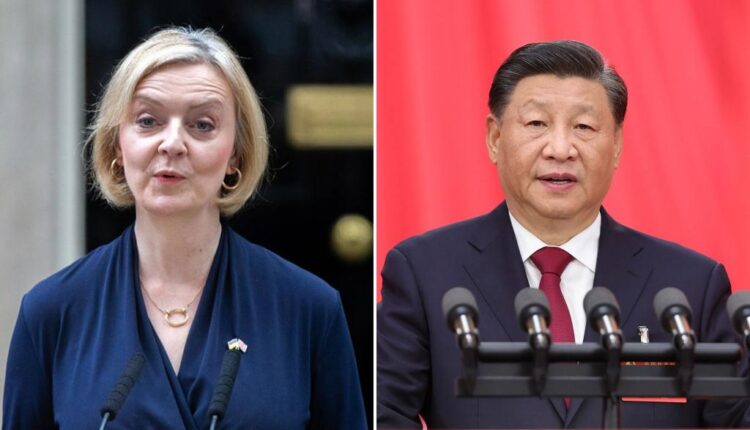 Churchill famously said that democracy is the worst form of government except for all the others that have been tried. Something similar might be said of free markets and their alternatives. If ever proof were needed for such a statement, recent political and economic developments in London and in Beijing have provided it.

We would ignore those developments at our peril — especially considering China’s outsized importance to the US and world economies.

In London, it took fewer than 40 days for the United Kingdom’s vibrant democracy and its free financial markets to force Liz Truss, the new prime minister, to abandon her reckless budget policy of unfunded tax cuts and generous public spending. It took it only a few days longer to have her ousted from office.

Against the backdrop of a plummeting pound and skyrocketing interest rates in response to her unorthodox and irresponsible dash for economic growth, Truss was forced to fire her chancellor of the exchequer. That opened the door to tax increases and spending cuts to put the country’s public finances back on a sustainable path and spare Britain a full-blown currency crisis. It has also paved the way for a new prime minister to chart a course that might restore the country to a reasonable economic-growth path.

In Beijing, a very different story has unfolded. At this week’s 20th Chinese Communist Party Congress, President Xi Jinping is being anointed for a third five-year term in office — the first since Mao Zedong. He’ll get the honor despite the egregious economic policy mistakes he’s made over the past five years. Those mistakes have already seen Chinese economic growth grind to a halt while the government was targeting a 5.5% growth rate.

This is most unfortunate, since it will likely mean that China will remain slow to correct its economic-course mistakes. With the backing of the Communist Party, Xi will most probably persist with his economically damaging zero-tolerance COVID policy that has seen major cities like Beijing and Shanghai shut down.

It also likely means that Xi will continue to reverse the early 1990s market-based economic reforms of Deng Xiaoping that put the country on its rapid economic-growth path. He will do so by continuing to wage war on the large tech companies that pose a threat to his economic and political power.

Among Xi’s past policy errors that cloud the country’s long-run economic outlook is his creation of a housing and credit market bubble on a scale larger than that which preceded the 2006 US housing-market bust. Given Xi’s interventionist tendencies, it is doubtful he will succeed in addressing the looming debt crisis in the property sector without clogging China’s banking system with nonperforming loans and peopling its economy with zombie companies. That will almost certainly usher in a lost Chinese economic decade similar to Japan’s in the 1990s.

We have to regret that the cleaning of the economic stables has taken place in London rather than in Beijing, given China’s greater importance to the world economy. China’s is now the world’s second-largest economy, six times the size of the United Kingdom’s. Until recently, China was also the world’s main engine of economic growth and the world’s largest consumer of international commodities.

Napoleon famously said that when China wakes, the world will shudder. That line also has its financial applications. With Xi fully in charge of China’s challenged economy, we are likely to find soon that when China’s economy stumbles, the rest of the world will struggle to regain its past economic-growth momentum.

Desmond Lachman is a senior fellow at the American Enterprise Institute. He was a deputy director in the International Monetary Fund’s Policy Development and Review Department and the chief emerging market economic strategist at Salomon Smith Barney.