Eco-conference COP-27 is just a shakedown for more money 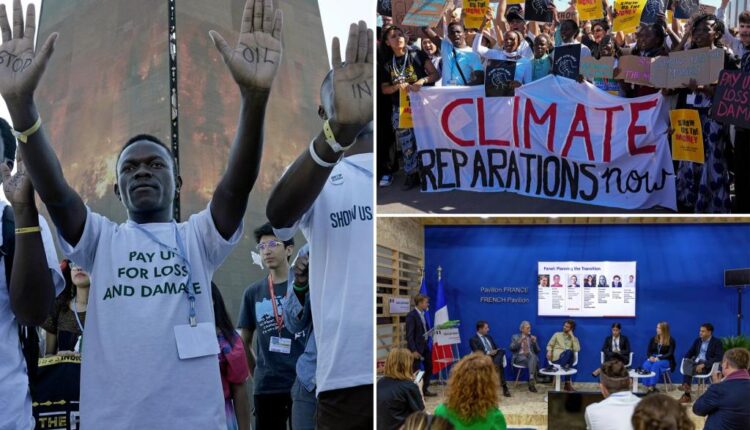 The UN climate summit currently taking place at Sharm-el-Sheikh, an exclusive Egyptian resort on the Red Sea, is all about the money. At every official session, leaders and diplomats from poor countries keep asking: Where is the cash?

Money to pay for switching from coal, oil, and natural gas to renewable energy like wind and solar. Money to adapt to climate change. And money to compensate for loss and damage due to climate change (storms, floods, droughts).

Of course, this is not new. Demands to transfer wealth from rich to poor countries in order to achieve climate “justice” have been close to the top of the agenda at nearly every previous UN climate pow-wow (and this is the 27th Conference of the Parties — COP-27 — since adoption of the UN climate treaty at the Rio Earth Summit in 1992).

And the responses this year from leaders and diplomats of the richer countries are not new either. It’s always make big promises and then deliver very little cash. To take just one example from the past, at COP-15 in Copenhagen in 2009 then-Secretary of State Hillary Clinton proposed a Green Climate Fund that would provide $100 billion in aid annually starting in 2020. The Green Climate Fund was created, but so far total funding has barely broken $10 billion.

The U.S. has remained true to form this year. First, Special Presidential Climate Envoy John Kerry challenged the delegates: “We need vast amounts. Not millions here and there.” But when President Biden addressed the assembly on Friday, he pledged to double the U.S. commitment to the Adaptation Fund to $100 million.

The demands of poor countries is no surprise considering the hypocrisy involved. The West expects developing nations to “go green” but won’t do the same.

Unusually, several African leaders have been openly raising the issue. Uganda’s president, Yoweri Museveni, called out the “reprehensible double standard” of European countries. When faced with an energy crisis precipitated by Russia’s invasion of Ukraine, they have moved quickly to re-open coal mines and coal-fired power plants, while still enforcing bans on investment in conventional energy in Africa.

The use of climate policy to maintain perpetual energy poverty in poor countries has been noted and discussed for decades, but has seldom been better expressed than by Uganda’s Museveni: “We see hundreds of millions of our own citizens without access to electricity. We see climate-compulsive Western investment in African energy funneled into wind and solar that creates intermittent electricity and not the consistent baseload generation required to power factories or produce employment.”

If the West is going to lecture nations on climate change, then at least they should pay.
Stop the farce. Kerry’s “vast amounts” won’t and shouldn’t happen.

Africa, Latin America, and southeast Asia are better off building the modern energy infrastructure based on coal, oil, and natural gas that makes the American standard of living possible and that we too often take for granted.

Myron Ebell is director of the Competitive Enterprise Institute’s Center for Energy and Environment.

Midterms prove Trump cares only about himself — at GOP’s expense