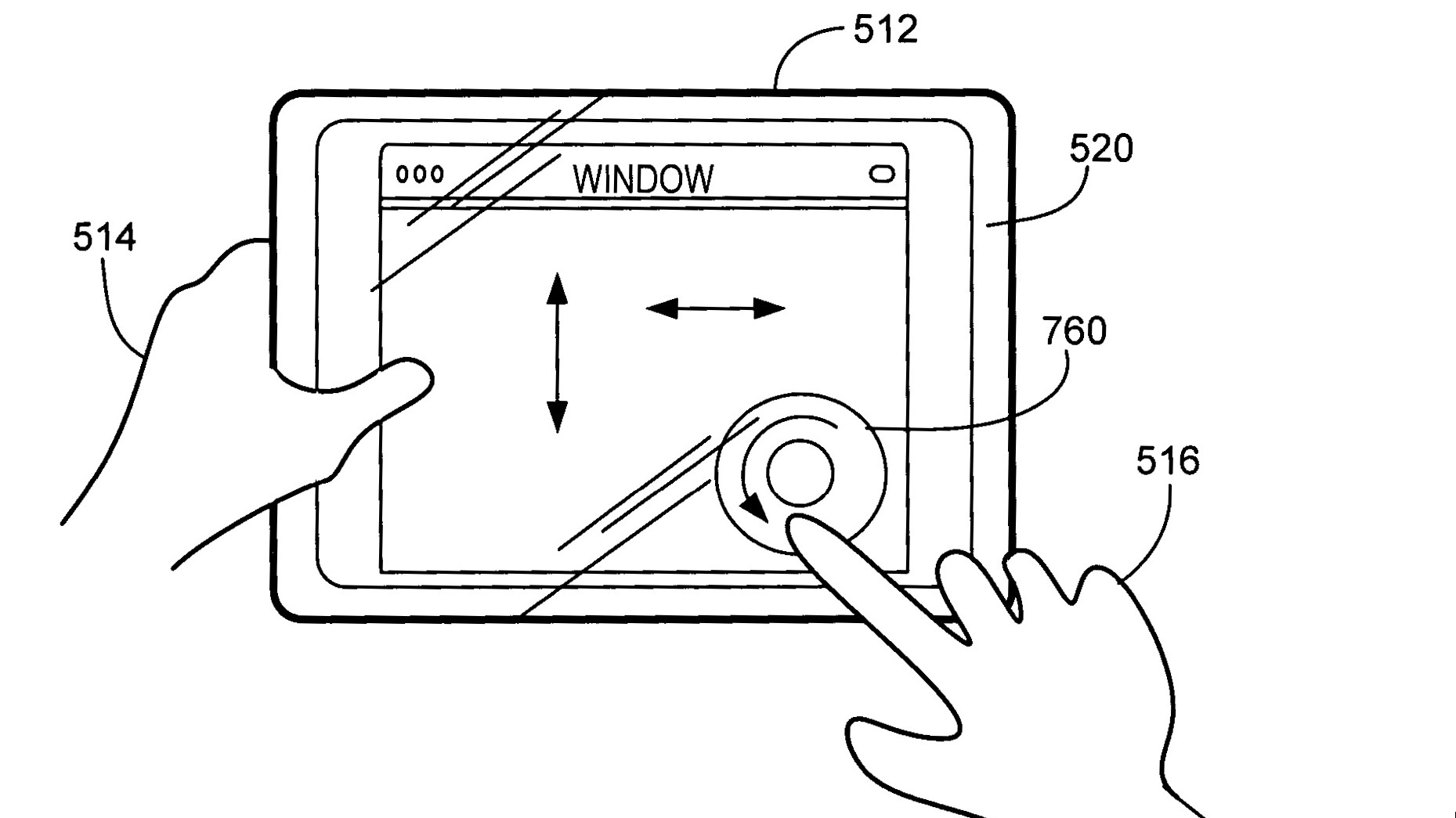 The patent, uncovered by u/PurplrIsSus1985 on Reddit, shows a detailed implementation of a click wheel for iPad. There are a lot of use cases and implementations noted in the patent filing, which dates back to 2005, likely during the very early development stages of the iPad.

We could’ve seen a click wheel UI across Apple products

The patent filing discusses a lot of different implementations of a virtual scroll wheel and a virtual knob, all of which look like the iPod click wheel given a second life as a user interface element. One of the implementations include a volume control akin to that found on a click wheel bearing iPod.

The patent also shows off a bunch of other UI implementations, including multi-touch gestures like pinch-to-zoom. It appears that the patent focused on Apple’s tablet user interface, with the click wheel UI being one of the earlier options Apple considered.

As we now know, Apple never really went forward with that idea. While it would’ve seemed like the natural progression at the time, coming from the iPod, Apple made all the right choices with the iPad’s user interface, with the touch functionality and supporting UI debuting as one of the best available at the time.

It seems unlikely that we will ever see this implementation come to life in an upgrade to the best iPads out there, given it doesn’t make much sense for the iPad as it is today.