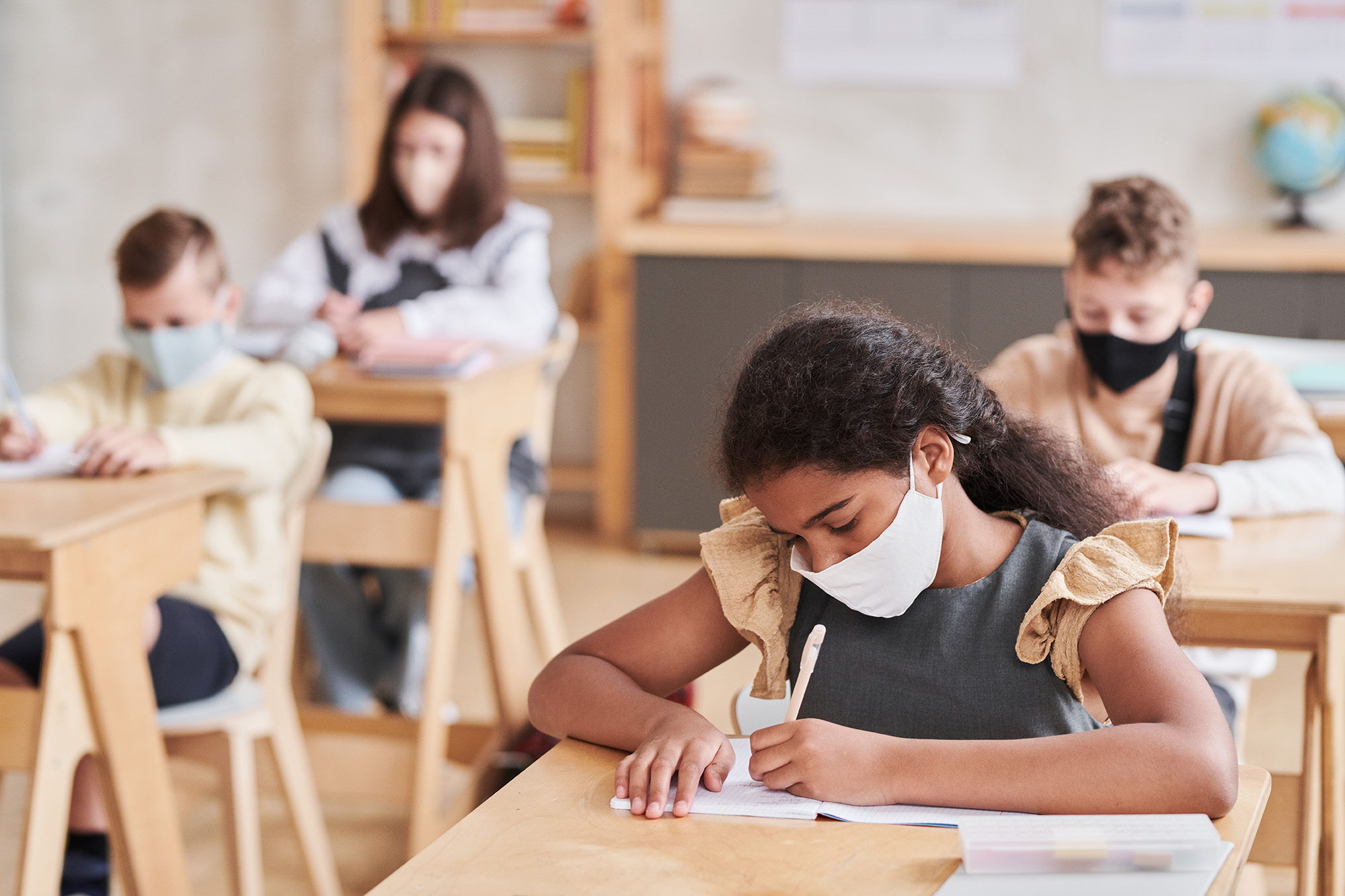 Black Lives Matter flags “have become a common sight outside American classrooms,” yet the organization is “almost certainly corrupt” and, worse, “its core principles are antithetical to a sound education,” warns Ayaan Hirsi Ali at UnHerd. BLM’s “ideals are, at best, misguided and, at worst, actively destructive, with the most disastrous results for black children” — as evidenced, for example, by its commitment to “disrupting” the nuclear-family structure and to defunding police. Add the “psychological effect of BLM’s catastrophism and it beggars belief that schools think it suitable to fly its flag above their buildings.” The movement is “the enemy of black prosperity and education,” and teachers should use it instead to “illustrate the dangers of divisive racism” — i.e., as “a warning, not an inspiration.”

As the new school year starts, “a number of districts across the country are imposing” the “data-defying insanity” of mask mandates “upon students yet again,” thunders Townhall’s Guy P. Benson. Philadelphia, “one of the most science-hostile jurisdictions in America”, along with Newark and others are “mindlessly playing all the restrictionist hits, no matter how reality has shifted.” Yet “masks are pointless-to-detrimental, including or especially for pre-schoolers” (whom Philly is forcing to mask up). “What’s most disturbing is how so many powerful people refuse to admit error on any of the terrible mishandling of children and schools during the pandemic, despite the mounting and conclusive evidence that it inflicted terrible harms on millions of kids.” Indeed, “they actually oppose normalcy, and occasionally admit it.”

Conservative: College Can Be a Bad Decision

“The worst part” of President Biden’s student-loan forgiveness may be how it encourages “more young people to make poor decisions about their future,” namely “taking out loans for college when they would be better off not attending,” warns The Wall Street Journal’s Jason L. Riley. After all, “40% of the people who attend college don’t finish,” and those who graduate with a poor academic record make about as much as those with a high-school diploma. Heck, “4 out of 10 recent college graduates” were “working in jobs that didn’t require a college degree” in 2020. “The objective shouldn’t be to funnel as many high-school grads as possible into college. Rather, it should be to make college available to anyone who has something meaningful to gain from the experience.”

Two and a half years after COVID “turned our lives upside down,” America “and the world have grown disturbingly comfortable” not knowing its origin, laments National Review’s Jim Geraghty. The US government, “infuriatingly shrugging,” said a year ago the lab-leak and wet-market theories are both plausible, “akin to declaring that the coin could have landed heads up or tails up.” But given everything “going on inside the Wuhan Institute of Virology,” a “completely separate bat virus — so genetically similar to the ones being studied and altered inside the institute that just happened to be so spectacularly effective at infecting human beings” — jumping to humans “just down the road” is “a mind-boggling, astronomical-odds astounding coincidence.” And note: China’s wet markets “are still open,” so “authorities are not acting like they are particularly worried about a repeat.”

“The COVID-19 pandemic was an unprecedented catastrophe for New York’s economy, destroying nearly two million private jobs virtually overnight in the spring of 2020,” with the losses “concentrated in New York City, the national epicenter of the COVID-19 outbreak,” notes the Empire Center’s EJ McMahon. And while “private payrolls have been inching back to pre-pandemic levels . . . New York’s recovery continues to trail the U.S. as a whole and all but a handful of states.” Worse, Downstate “is closer to full recovery than the 50 counties of upstate,” where total private employment remains 3.5% “below the last pre-pandemic summer.”

Apple’s ‘Far Out’ event felt more like an infomercial, highlighted by the Apple Watch Ultra and Dynamic Island