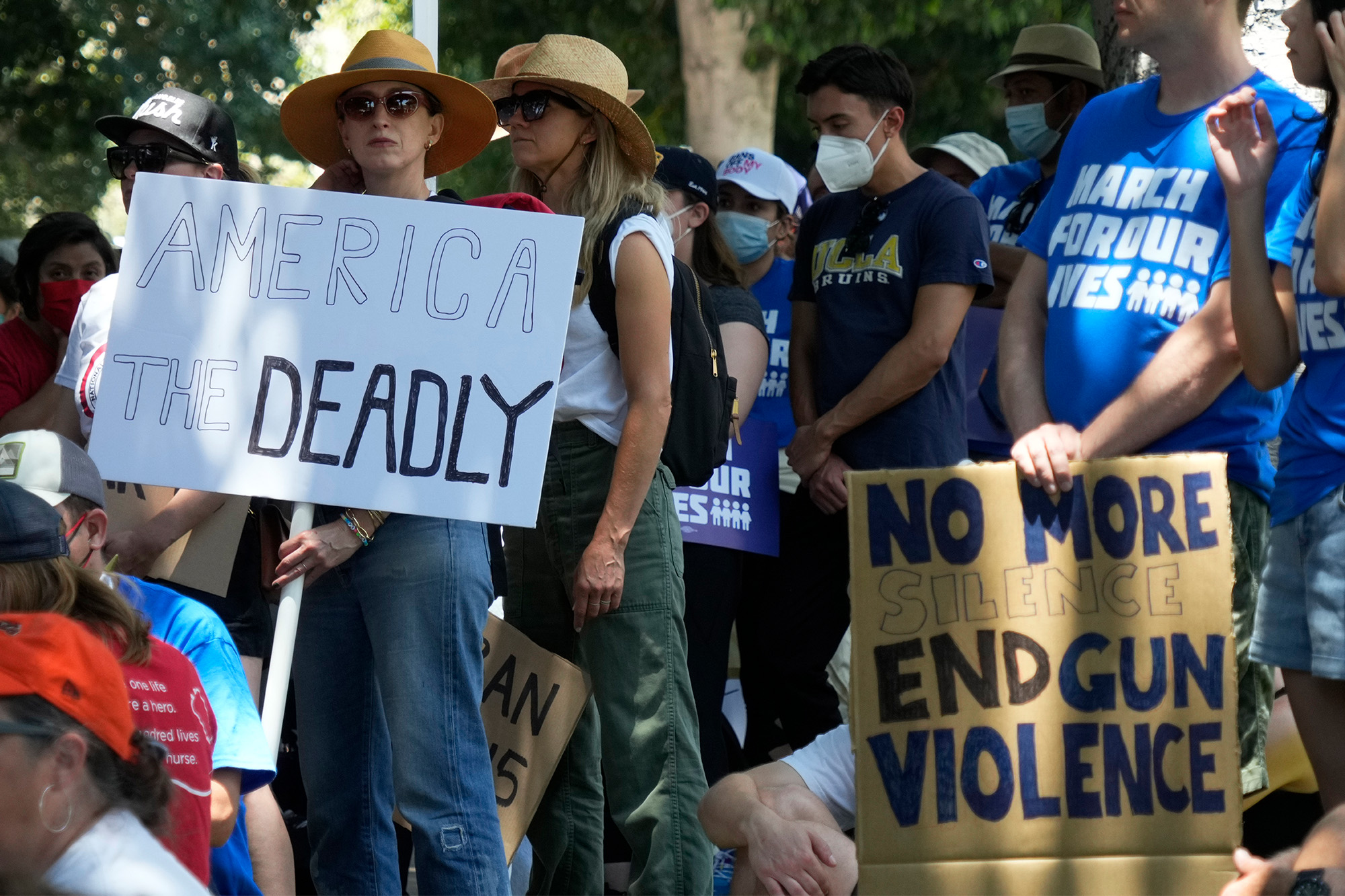 Let’s give one cheer for the Senate’s new gun compromise framework.

Sure, it contains some solid ideas, like federal efforts to strengthen state-level red-flag laws (which let authorities take a person’s guns preemptively if they seem likely to become violent) and stronger background checks on younger purchasers of long guns. That’s all to the good.

As are keeping guns out of the hands of domestic abusers, clearing up rules around which gun sellers have to register federally and thus become subject to background-check statutes and broadening the scope of crimes related to gun trafficking.

But it is an inexcusable failure that the Senate GOP contingent couldn’t muster the moral force needed to back raising the age for purchase of assault rifles to 21.

Yes, a more in-depth background check might have prevented Salvador Ramos from murdering 19 children and two adults at Robb Elementary School in Uvalde, Texas. But an outright ban on people his age owning weapons of mass death at all would be far more airtight.

The Republican Party claims it wants to protect American families. Its Senate members need to think long and hard about what that means when it comes to gun control: A proud few of their House counterparts did the right thing, backing such a provision last week.

By the way: The public self-congratulation by the framework’s creators — and the attendant media applause — is nowhere near justified. This is not a bill; it’s a set of ideas that still must be turned into an actual bill, whose details could derail the deal.

By all means, senators, move forward with this effort. But the eyes of the nation are on you. Any more tragedies like Uvalde will be — with reason — laid at your feet.

Is that how you want to be remembered?

BlockFi is Laying Off 20% Of Their Staff