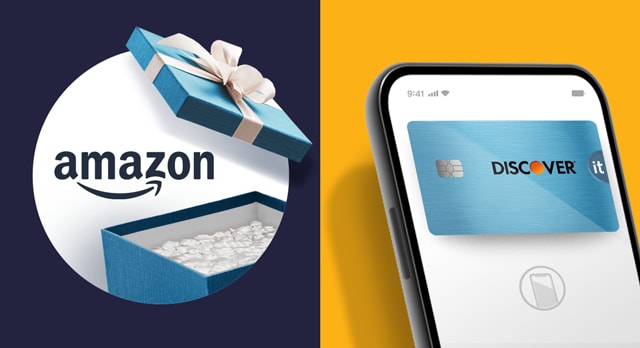 Discover has announced a new promotion that will see customers get 5% back whenever they use their card via Apple Pay. The new promo runs from October through December, so don’t start hitting that card just yet.

The promotion, first spotted by 9to5Mac, is available via Discover’s cash back calendar and is good for purchases using any digital wallet, not just Apple Pay.

The deal is an expansion of one that already saw Discover cardholders get 5% back when they used their card at Amazon, but now it’s being brought to those who use Apple Pay and other digital wallets at any retailer. That makes it easier to collect your  5%, especially if you plan on picking up Christmas gifts from retailers other than Amazon.

Those taking advantage of this deal can expect to get 5% back on purchases up to $1,500, so no buying a maxed-out MacBook Pro here, unfortunately. There’s an additional $10 credit offered to anyone making a purchase of $100 or more using Apple Pay, too. That means that, in total, you can expect to earn a maximum of $85 per transaction here.

Promotions like this aren’t unheard of and Apple isn’t the only one who wants people to use Apple Pay. The easier it is for people to use their Discover cards, the more money they will spend — it’s easy to imagine why it might want them to do that, of course.

It’s arguable that Apple Pay is one of the best Apple Watch features that a ton of people don’t make enough use of, with some arguing that they feel silly using their wrist to pay for things in stores.