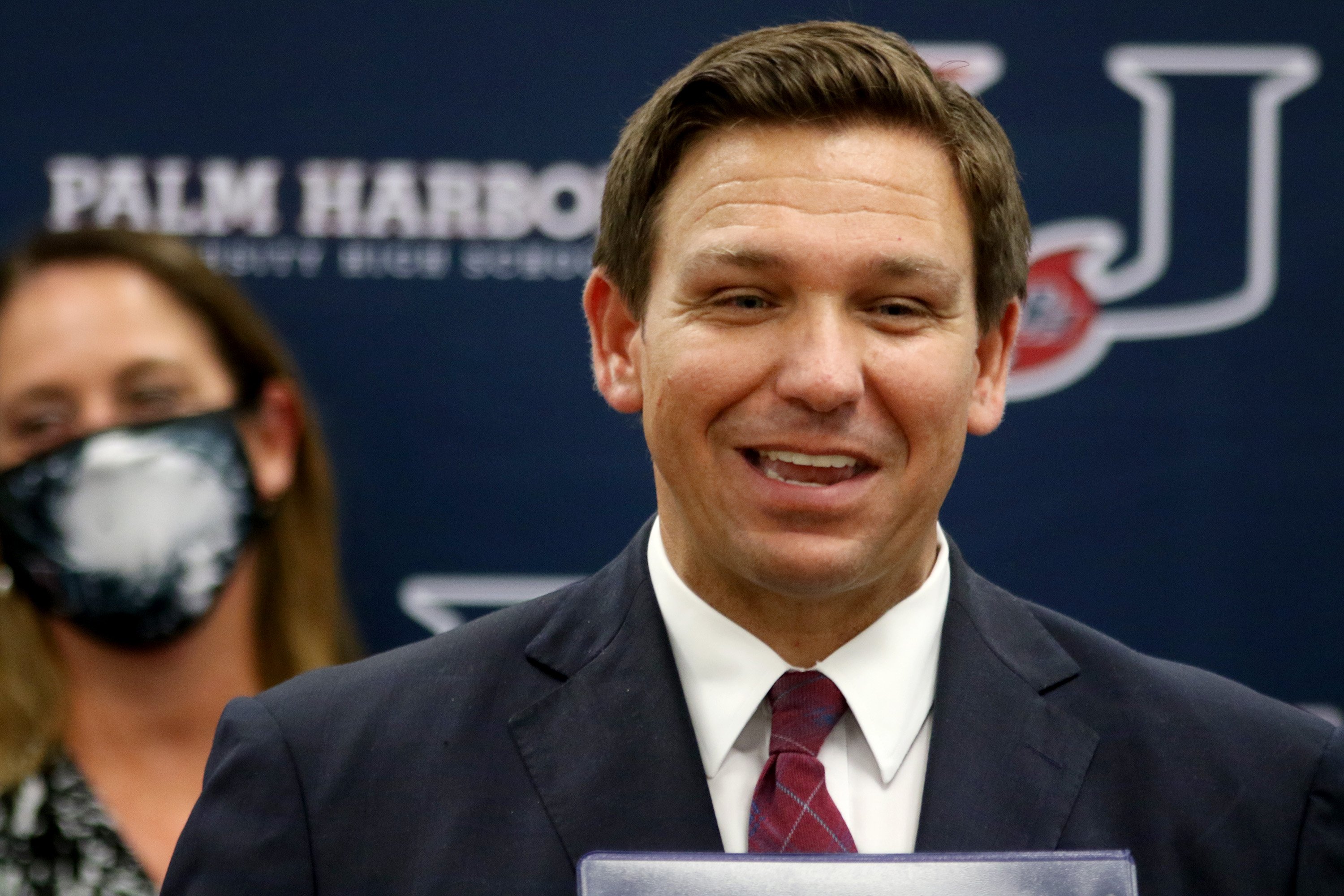 At Axios, Josh Kraushaar flags “seismic” shifts in the demographics of those who support the nation’s two major political parties as “arguably the biggest political story of our time.” Republicans are “becoming more working class and a little more multiracial,” while Democrats are turning “more elite and a little more white.” Per a new Siena College-New York Times poll, the parties are now statistically tied among Hispanics, yet Dems held a whopping 47-point edge with them in the 2018 midterms — and “even small inroads” with Hispanics could tip a number of swing seats to the GOP.  Meanwhile, Dems enjoyed “a 38-point lead among women with college degrees,” an NBC News poll found in April, but they “lost ground with nearly every other demographic group.” Bottom line: “The GOP is trading soccer moms for Walmart dads.”

Florida Gov. Ron DeSantis “has declared a regulatory war on one of the state’s biggest employers,” laments Reason magazine’s Scott Shackford, and “it’s taxpayers who may ultimately pay the price.” In March, DeSantis signed into law H.B. 1577, which “limits discussions of sexual orientation and gender identity in public school instruction and authorizes parents to sue school districts.” Disney immediately blasted the law amid pressure from employees, and DeSantis and the Republican-controlled legislature retaliated by attempting to dissolve “the Reedy Creek Improvement District (RCID), which state lawmakers established in 1967 to give Disney substantial autonomy within the nearly 40 square miles it owns.” Trouble is, abolishing that special district  would put taxpayers on the hook for millions in first responder services.

US COVID cases just matched the December 2021 level, but “for the overwhelming majority of the newly infected, this bout with Covid will come and go like a summer cold,” reasons National Review’s Jessica Hornik. Still, the “fearmongering” continues, as in CNN’s recent headline, “The ‘worst variant’ is here,’ ” which cites experts claiming new cases could actually be 1 million a day. Yet that “would mean that every day, roughly 900,000 Americans catch” the bug “and either don’t notice it or shrug it off,” so it doesn’t get reported. Where are we, after “the pandemic inflicted serious wounds on the country”? “To adapt Tom Wolfe, we just lived through the Bonfire of the Credibilities — and we’re still navigating how to live with the significantly less deadly, but still persistent, problem of the virus.”

UC Berkeley law professor Khiara Bridges insisted this week in congressional testimony that men can get pregnant, marvels The Federalist’s Jordan Boyd. “This kind of insanity is not just amplified by the corrupt corporate media, it’s being deliberately pumped into highly-subsidized college classrooms all over the U.S.,” and “it’s clear that professors, colleges, and universities everywhere are manipulating language and lectures to push an agenda that favors abandoning biology and the Constitution.” (Such concepts have “even leaked through the public school system into kindergarten classrooms.”) Indeed, “you’ll be hard pressed to find a college campus nowadays that doesn’t house faculty and staff who say men can have babies. That’s intentional.”

From the right: Jan 6. Hearings Are Pure Politics

In a recent poll, “46% agreed that the Jan. 6 panel had been ‘handpicked’ to represent Democrats’ views,” observes Issues and Insights’ Terry Jones. “Even among Democrats, 43% agreed the Jan. 6 committee shows a pro-Democrat bias.” But “even more eye-opening was this finding: 62% of Democrats agree the main purpose is to keep Trump from running in 2024, vs. just 28% who disagree. That’s only slightly less than the 70% to 18% for Republicans.” “These findings suggest, at very least, a high degree of skepticism over the Jan. 6 proceedings among the general public, regardless of party or political conviction.” Why? Because “Americans of all political parties do not like the nation’s judiciary and congressional investigatory apparatus to be used for political ends.”

iPadOS 16 preview: something for everyone, not just iPad Pro users