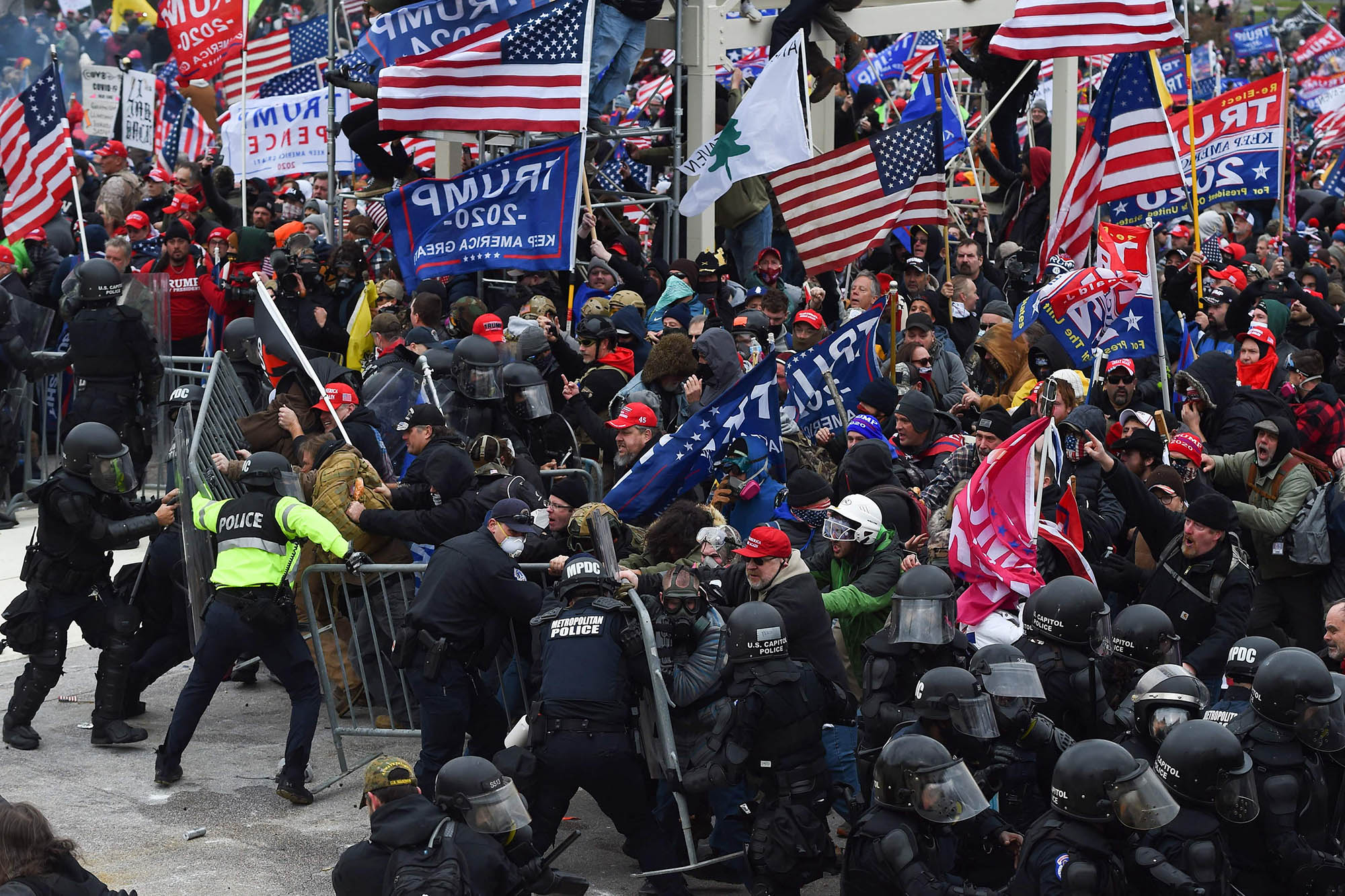 “If January 6 was a seminal day in American history that must never be repeated,” asks Commentary’s Noah Rothman, “why is the Democratic Party doing its utmost to prop up insurrectionary elements on the right?” Witness “a Nancy Pelosi-affiliated PAC’s . . . boosting a Trump-backed primary challenge to Republican Rep. David Valadao” or, in Pennsylvania, “the Democratic gubernatorial nominee’s campaign” sinking “over $840,000 of their own funds” into TV spots for Trump-aligned GOP candidate Doug Mastriano. “There’s no guarantee that the paranoid MAGA-backed candidates that the Democratic Party is promoting will lose their respective races.” Strange: “If Democratic political organs were committed to ensuring that nothing like January 6 ever happens again, they would be less cavalier about the hazards they’re actively promoting.”

The Intercept’s Ryan Grim flags “dramatic schisms throughout the progressive world” since the George Floyd killing galvanized the Black Lives Matter agenda. How to “contribute toward the reckoning with racial injustice”? Leaders wanted to adjust organizations’ goals, but younger staff thought “that question had to be answered at home first,” as “too often, they believed, managers exploited the moral commitment staff felt toward their mission, allowing workplace abuses to go unchecked.” Managers saw this as workers “ignoring the mission and focusing only on themselves, using a moment of public awakening to smuggle through standard grievances cloaked in the language of social justice.” Thanks to such “knock-down, drag-out fights between competing factions,” “the progressive advocacy space across the board” has “effectively ceased to function.”

Reason’s Christian Britschgi grumbles about President Biden’s “tightening of appliance regulations with new standards that will require homeowners to install more energy-efficient gas furnaces.” The aim is to lower both consumer energy bills and harmful emissions, but it’s not cost-effective for consumers to buy super-energy-efficient gas appliances because upfront costs are so high that the energy savings may never recoup those costs. Oh, and if homeowners shift to electric heaters, “the electricity that powers them is often generated by burning natural gas.” In all, this “latest move in the White House’s campaign to re-regulate American appliances,” in the belief that “burning natural gas worsens climate change,” amounts to “a solution in search of a problem.”

“There’s plenty of confusion” over judging the size of the GOP wave this November, observes National Journal’s Josh Kraushaar. It’s “nearly impossible” for Republicans to pick up as many as the 63 seats they won in their 2010 “high-water mark,” since they already control many swing seats. So the “magic” pickup figure indicated “a historic wave” is only 35, to bring the House GOP total to 248 seats (the most they’ve held since the 1928 elections). Netting 29 would give them the same number (242) they claimed after 2010; just 20 would give House GOP leader Kevin McCarthy enough seats to not fear “the most extreme House Republicans.”

At The New York Sun, Lawrence Kudlow blasts President Biden for moaning of “lies about reckless spending,” when “your $2 trillion mistake” in March 2021 was indeed reckless and “launched a terrible period of inflation” that “economic greybeards in your own party” warned against. “You love to talk about middle-income people,” but “it is precisely those working people whose lives have deteriorated enormously because of your inflation tax,” which “falls most heavily on them for necessities like food and gasoline.” And “the three-month change is faster than the 12-month change, which means inflation is getting worse. There’s no peak here.” The Federal Reserve is “left with no choice but to jack up interest rates faster and higher than anybody in government thought necessary. It will lead to recession.”

Best Diablo Immortal builds: PvE, PvP, Gems, and everything you need to know