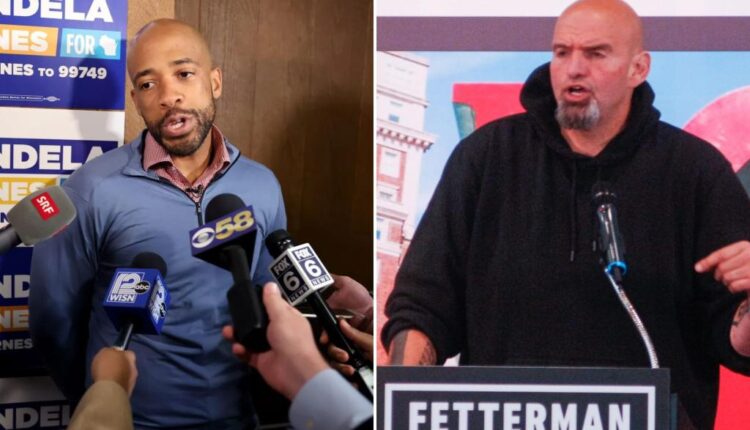 There’s been a wave of violent crime the last couple of years, and the best way to address the issue is for everyone to pass over it in silence: That’s the implication of the Democratic pushback against the GOP attacks on Democrats as soft-on-crime in the closing weeks of the midterms.

The Democrats are running defensive ads and also passed a police-funding measure in the House, but a big element of their case for themselves — as always — is that it is unfair and racist to call them out on crime.

In its own report, The New York Times says the Republican offensive “has swiftly drawn criticism as a return to sometimes deceptive or racially divisive messaging.”

Exhibit A is the advertising barrage against Mandela Barnes, the 35-year-old African-American lieutenant governor of Wisconsin who is running against the Republican incumbent senator, Ron Johnson. The Washington Post relates that allies of Barnes “have derided the attacks as racist messages that feed on stereotypes.”

There are a couple of counts against the anti-Barnes ads. One is that they associate him with the Squad, the group of left-wing House Democrats. But this is hardly dirty pool, since Barnes gladly associated himself with the Squad: He went to an event with Rep. Ilhan Omar in 2019, and said about her in a tweet afterward, “She’s exactly who we need in Congress right now fighting for what’s right.”

The idea is that it is racist to portray Barnes in an ad with an image of the Squad because all its members are non-white. But what’s most notable about the Squad is that it exemplifies out-of-the-mainstream progressive politics. Are attacks on the group supposed to be off limits until it recruits a more diverse membership?

It is also supposedly wrong to depict Barnes’ name written in graffiti. This is an attempt, according to one Democratic operative, to “ghettoize him.” The case against Barnes isn’t that he’s a graffiti artist, though; it’s that he supports policies that have made the wave of disorder in American cities worse.

Graffiti is a symbol of such disorder. If this sort of imagery is illegitimate, no Democrats should be able to use footage of violence on Jan. 6, 2021 against Republicans.

Crime isn’t a racial issue; it’s about affording all Americans, and especially vulnerable communities, the protection they deserve from lawlessness. Obviously, violent crime is not a blight on the lives of white upper middle-class people.

In Milwaukee, according to the tracker of the Milwaukee Journal-Sentinel, 87% of the victims of homicide this year have been black or Hispanic.

In Philadelphia, there have been more than 1,750 shootings this year. According to the count maintained by the city’s office of the controller, 92% of the shooting victims have been black or Hispanic.

Democrats like Barnes and Fetterman reflect the anti-incarceration ethos that’s been ascendant in the Democratic Party for years now, especially in the wake of the killing of George Floyd.

Barnes was on board two of the worst and most destructive public policy ideas in contemporary America. In 2020, when defunding the police was all the rage, Barnes said money could be taken from police departments and given to neighborhood services. And he introduced legislation to end cash bail when he was in the Wisconsin state Assembly in 2016.

He, and other Democrats, have the choice of trying to defend their ideas, or to rule pointed discussion of them out of bounds. It tells you all you need to know that they are heavily invested in the latter.