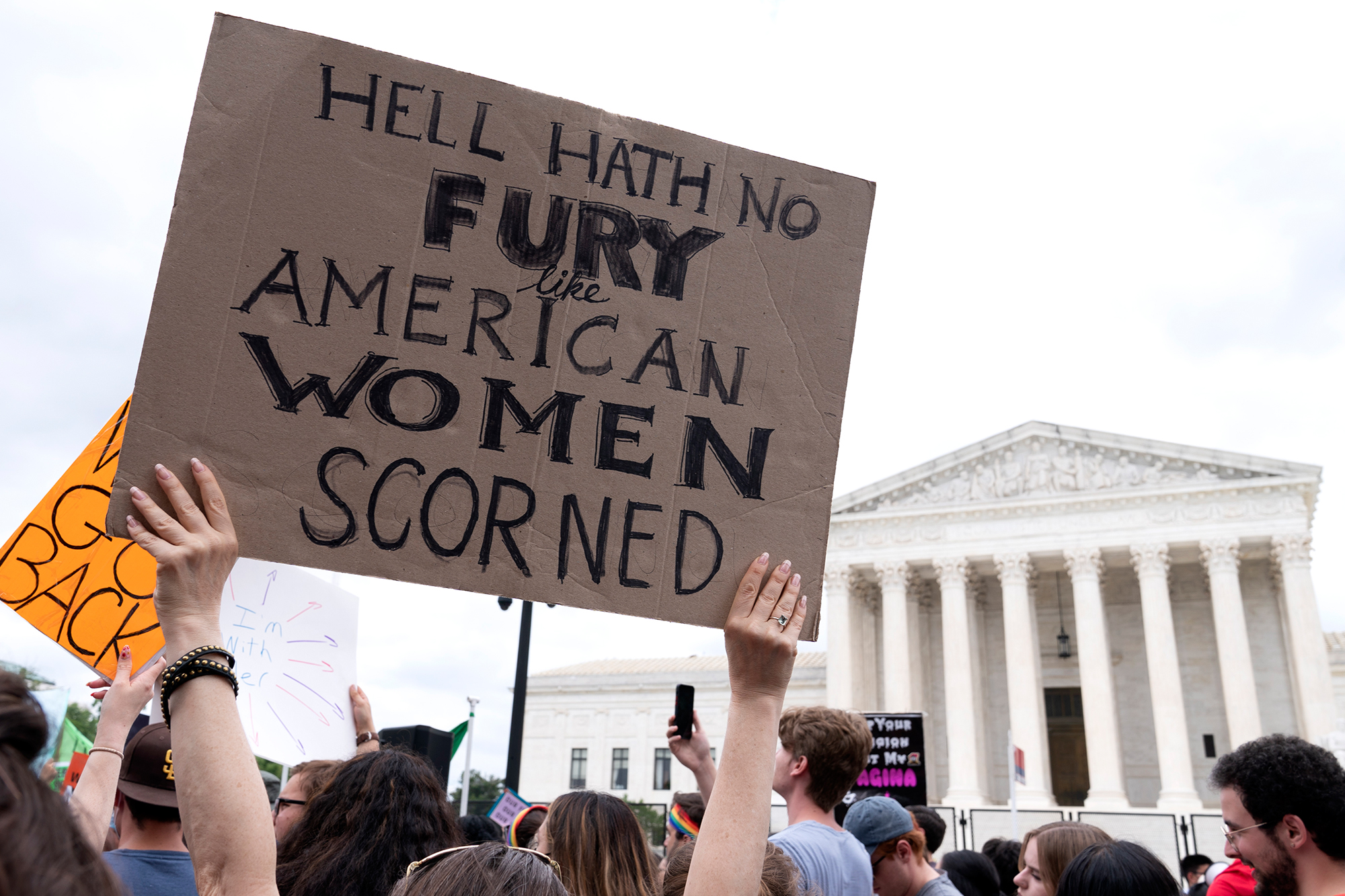 The Supreme Court’s ruling Friday overturning Roe v. Wade hands the power to regulate abortion back to the states. That’s a power reserved for them by the Constitution, which is why the six justices believed they had no choice but to throw out the 1973 decision.

For those who don’t like it, the answer lies at the ballot box. New York already has legal abortion, which is not affected by this decision. It’s enshrined in law. If you want a federal mandate, convince enough legislators — something that hasn’t been done by either side in 50 years.

Yet dangerously, too many on the left believe the answer is violence. Someone leaked the Supreme Court decision — the “mystery” of who remains bafflingly unsolved — with only one intent: to intimidate Justices into changing their minds. Now the radical terrorist group Jane’s Revenge vows a “summer of rage.”

On Friday, President Joe Biden urged protests to be non-violent: “I call on everyone, no matter how deeply they care about this decision, to keep all protests peaceful.”

A fine sentiment. Alas, huge swathes of the Democratic Party seem to think threats and intimidation are OK when the victims hold political views they dislike. Will Biden truly hold to his words — and take action?

His track record isn’t promising. Less than a month ago a man traveled to Maryland to assassinate Justice Brett Kavanaugh. The would-be killer failed. But Biden did no more than release a boilerplate statement condemning him through a low-level flack in response. In fact, the White House essentially encouraged protests at the homes of conservative justices.

Does anyone seriously imagine Biden would’ve been so low-key if Kavanaugh were a pro-choice Democrat?

Since the Roe leak, the country has seen widespread violence directed against pro-life groups nationwide — including arson and firebomb attacks claimed by Jane’s Revenge.

Senate Majority Leader Chuck Schumer may have lit the fire when he said Kavanaugh and Justice Neil Gorsuch should prepare to “pay the price” for any “awful decisions” in abortion cases. Speaker Nancy Pelosi, when asked about the attacks, spat out irrelevant platitudes about women’s right to choose.

The Department of Justice has been curiously inert as well. The FBI says it’s investigating attacks and it takes “all threats seriously.” But when the target was parents’ groups critical of local school boards, AG Merrick Garland explicitly directed his agency to help “address” the “threats.” Justice’s current response looks awfully weak in comparison.

This is beyond unacceptable. Especially from the party that stridently cries out in defense of democratic norms at every opportunity. Democrats mustn’t engage in or condone violence or intimidation but publicly denounce such behavior loud and clear.

The battle over abortion in America won’t end soon. Some states will ban it while others enshrine it in law.

Yet differences of views don’t justify blowing up the country — or for standing aside and letting others burn it down. If Dems truly believe in America’s legal system, its Constitution and the democratic process, they’ll rein in any inclination toward violence within their own ranks.