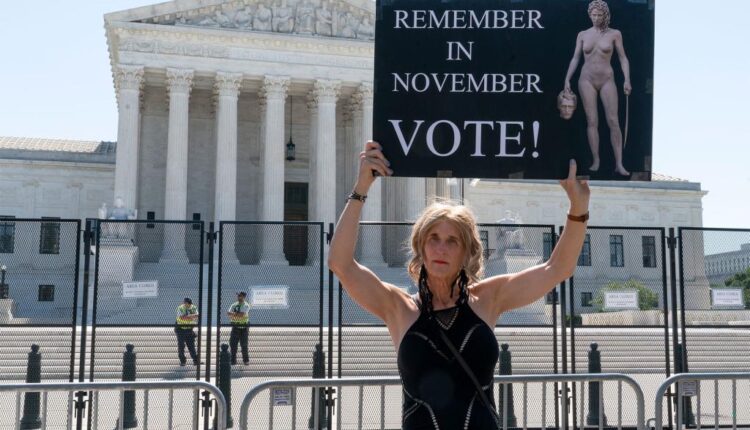 The latest New York Times/Siena College poll has worried those who want Democrats to win in November. It shows 49% of likely voters plan to vote for a Republican for Congress, with only 45% indicating a Democrat. But it’s the stunning shift among women that might really make their hair stand up.

As James Carville might say, “It’s the economy, stupid.” Women are just as upset about it as men.

Inflation is still incredibly high, the stock market keeps dropping and supply chains still haven’t recovered from the pandemic, making access to increasingly expensive goods unreliable. Since Democrats are in power, it makes sense if the electorate, female as well as male voters, want to take a look at what the other guy has to offer.

Yet for some, it is unfathomable a certain demographic would ever consider casting a vote for a non-Democrat. Ironically for progressives, women are assumed to be captured voters. Why? Abortion.

“The biggest shift came from women who identified as independent voters,” the Times’ Shane Goldmacher reported. “In September, they favored Democrats by 14 points. Now, independent women backed Republicans by 18 points — a striking swing given the polarization of the American electorate and how intensely Democrats have focused on that group and on the threat Republicans pose to abortion rights.”

In other words, despite Democrats’ intense focus on helping women understand this “threat,” these silly biddies just don’t seem to get it. This “striking swing” flies in the face of orthodoxy that women both should (and do) vote based mainly on what they see as their reproductive interests.

It’s an all-too-common paternalistic attitude that women’s concerns are solidly in line with those of Democrats, and any divergence would run against their interests — and that women must be told this.

The poll showed 67% of self-identified independent respondents said the country is headed in the wrong direction. Should it be a surprise that independent women might cast a vote based on this belief?

Despite the fact men and women’s views on abortion are not so different, women who prioritize other electoral issues are subjected to the patronizing incredulity, scorn and sense of betrayal that they would reject the single issue served up to them.

This infuriating assumption echoes the life experience of every woman: that of being underestimated, taken for granted and willfully misunderstood. Democratic and independent women must act as a monolith, according to Democrats and every newsroom that picks a linguistic side in the abortion debate through terms such as “anti-choice” and “abortion rights.”

Women are certainly not entitled to hold the belief that abortion takes a human — not potential — life. Even if they’re in lockstep with the Democratic platform on everything else, they cannot consider their quality of life and financial outlook as they decide for whom to vote.

This is simply a denigration of women’s intellectual autonomy. Does it need to be said in 2022 that women have the both the right and ability to discern that a less valuable dollar thanks to inflation, a diminishing stock portfolio and higher fuel, energy, rent and grocery bills for the foreseeable future under the reign of the donkey party is not good for them or for members of their family, present and future? Apparently so.

As women prepare to vote in November, they’re weighing many factors. Crime is still dramatically higher than before the pandemic. Education is a hot-button issue, between teacher burnout and parent-school power struggles over who gets to decide what cultural issues are taught (whether and at what ages, for example, children should be exposed to the idea of gender fluidity and theories about systemic racism).

It may be too late for those on the left to abandon reductive assumptions about female voters. But a good first step would be for them to stop thinking they know what’s best for them.