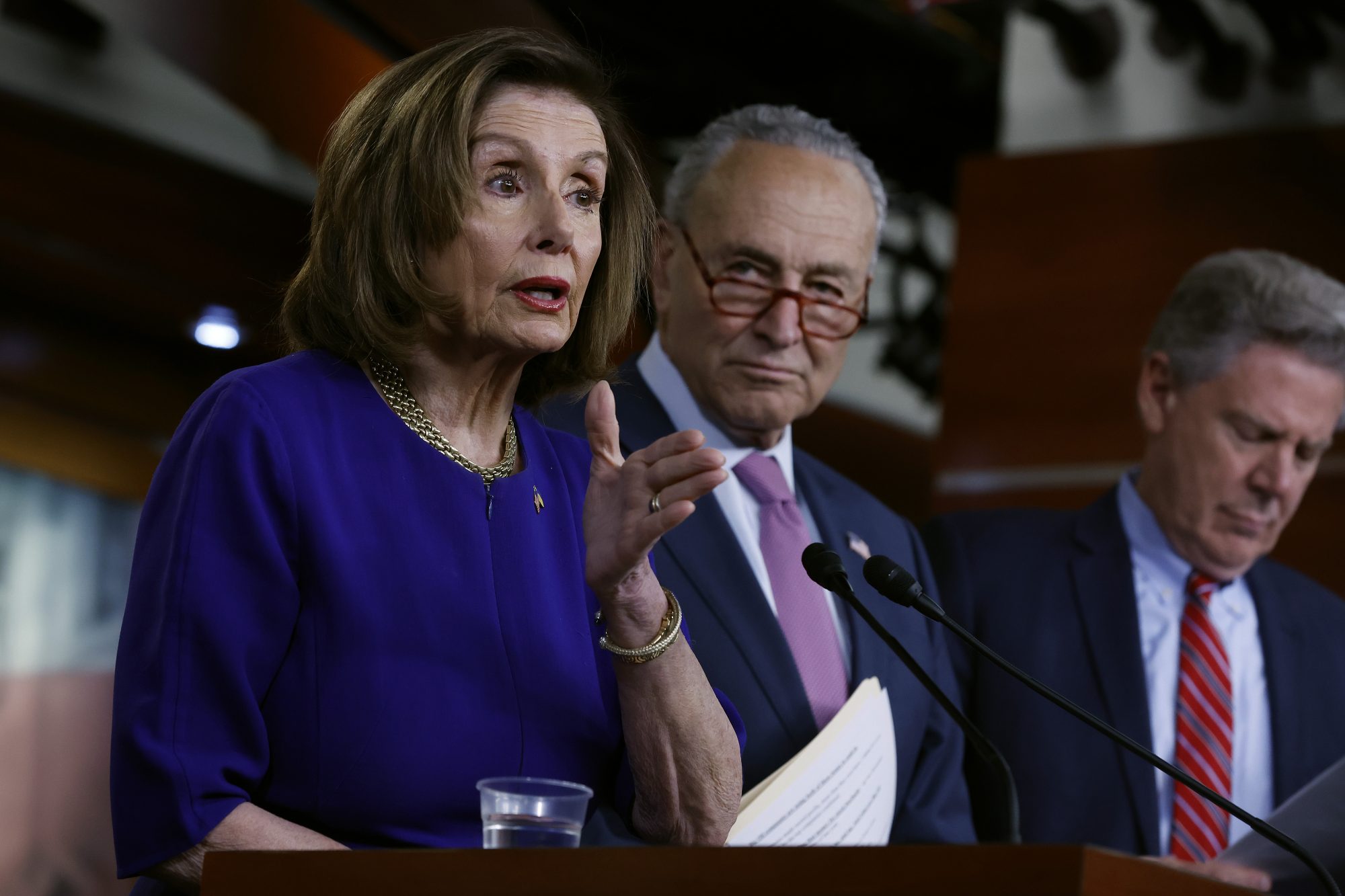 “Democrats believe that campaigning against the Supreme Court’s overturning of Roe v. Wade, arguing for more gun control in the wake of recent mass shootings and highlighting Trump’s anti-democratic malfeasance through the January 6th hearings” are their best bet in November, but their “emphasis on social and democracy issues . . . leaves many working class and Hispanic voters cold,” argues Ruy Texeira at The Liberal Patriot. White progressives are at odds with working-class and Hispanic voters on whether “America is the greatest country in the world,” whether “racism is built into our society” and even whether to boost “border security and enforcement,” not to mention trans and police issues. The folks who “increasingly drive the Democratic party’s priorities and rhetoric” clearly “live in a different world than Hispanic and working class voters.”

From the right: Why Biden Needs To Resign

It’s “impossible” to describe just how bad President Biden is at his job, sighs Creators’ Josh Hammer. “Comparisons to Jimmy Carter are pervasive, but trite — and too flattering to Carter.” In March, Biden announced that Vladimir Putin “cannot remain in power,” foolishly provoking a “nuclear-armed hegemon.” In May, he vowed to go to war to defend Taiwan, which the United States isn’t obligated to do. He’s “overseen catastrophic inflation, disproportionately harming the very lower- and middle-income voters his political party purports to care about.” The only relevant question is whether he should resign. And “he should. Because as dangerous as Kamala Harris would be as president, she would at least be mildly less likely to let her tongue slip us into World War III.”

Astronomer: Space Is Now About Data

It’s tempting “to dismiss the surge of private space activity as much ado about billionaires’ bragging rights,” quips Ray Jayawardhana at The Wall Street Journal. “But the new space era has more to do with big data than big egos.” Imagery from new satellites, some of which aren’t hindered by clouds or darkness, is helping transform “human activities, from farming to geopolitics.” Hedge-fund managers can discern supply-chain activity before making investments. Rescue teams and insurers can assess hurricane damage almost instantaneously. “Commercial satellite images are also useful in war, revealing military buildups, troop movements and the locations of missile attacks.” The data are “already changing lives,” even as the “full potential” of “space imagery has yet to be harnessed.”

Energy beat: ‘Pain at the Pump’ Is Dems’ Goal

Mexican President Andres Manual Lopez Obrador “further humiliated” President Biden last week, offering to let Americans buy gas in Mexico, where prices average about $1.50 less per gallon, note the Washington Examiner’s editors. What Mexico “understands, and Biden and the Democrats do not, is that you have to invest in oil and gas infrastructure if you want to improve refinery capacity and bring down the cost of gasoline.” That’s precisely what AMLO’s country is doing, but the United States “hasn’t built a new refinery since 1976,” and US environmental regulations “make it impossible” to modernize. Then again, Dems’ entire goal is “to make fossil fuels like gasoline more expensive” so drivers drive less and switch to electric cars. “The pain at the pump” is “the whole idea.”

“Both of my parents have college degrees — and my father even worked at a local college,” so “going to a four-year college to start my career was always the unspoken expectation,” recalls Samantha Cortese Taunton at USA Today. Yet many Americans, including Taunton, have wondered about college’s value and “how to afford it.” Her solution: Vocational training. After college, she attended Pittsburgh Institute of Aeronautics Aircraft Mechanic Training School, which “was more aligned to my passion, more affordable, and it provided a good-paying job faster.” Vocational training enabled her to “make a living while paying off my student-loan debt.” It’s critical to know one’s option, stresses Taunton: “Student debt is a thief. If I could have avoided any of it, I would have.”

The only New Yorker Alexandria Ocasio-Cortez fights for is herself