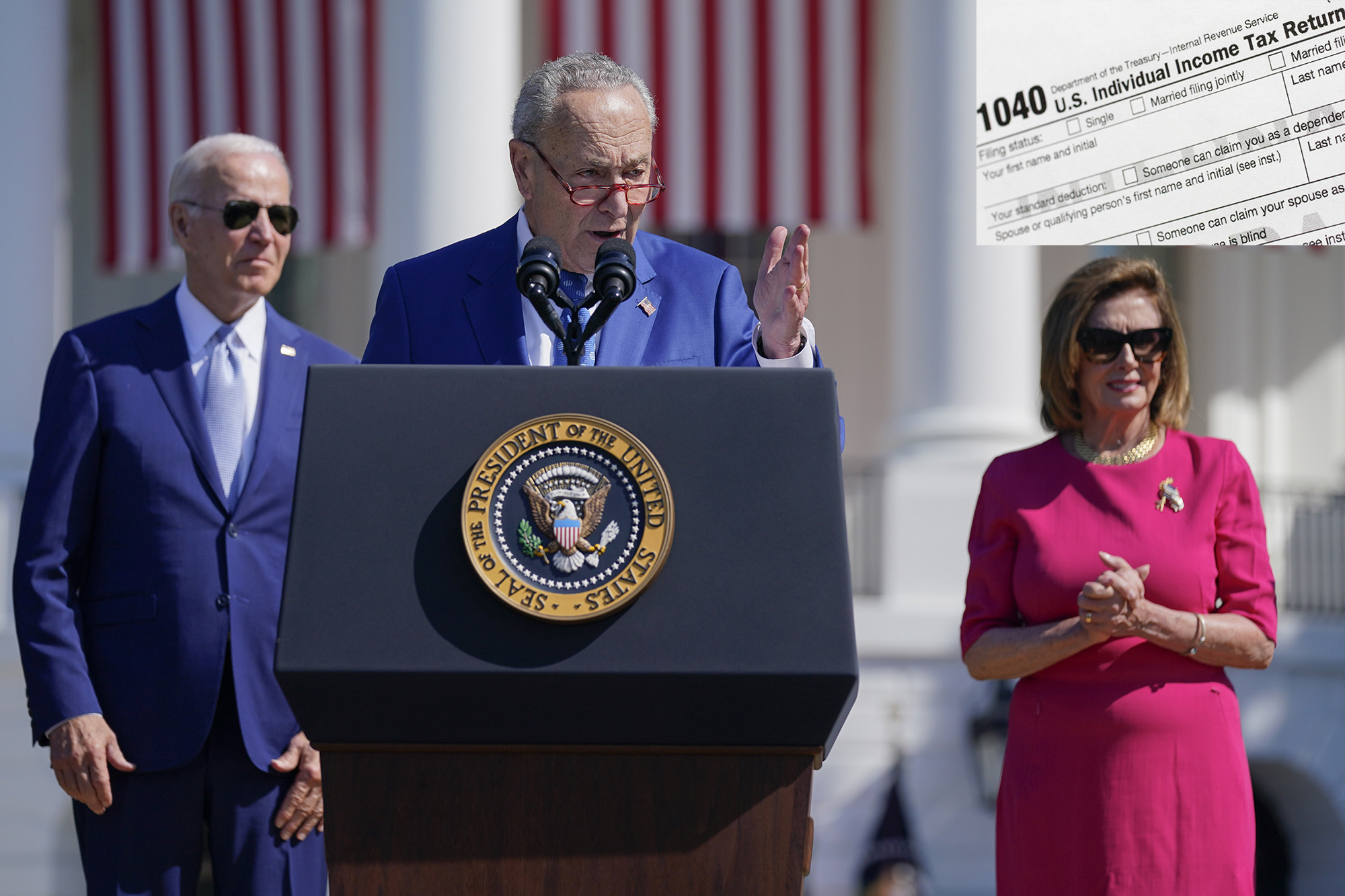 New jobless claims just rose again, to the highest level since last November. If the economy keeps shrinking, as it did in the first two quarters of 2022, unemployment will likely grow worse. And help definitely is not on the way from Washington.

The trimmed-down Build Back Better bill that Democrats are ramming through this week, after all, is raising taxes on Americans amid the recession.

Yes, worse than the ludicrous misnaming, since the “Inflation Reduction Act” does nothing to reduce inflation, are the hundreds of billions in new taxes that’ll wallop Americans, including:

The tax hikes will be bad enough for individuals, but if they deepen the recession — as tax hikes usually do — the entire nation may be in trouble: Why discourage investment and fuel unemployment when the economy’s been shrinking?

Because the bill includes Dem wish-list items that long predate any recession, surging inflation or any other pressing national problems: $400 billion in new spending for the green agenda and a new cap on Medicare drug prices.

This follows Dems’ similarly irrelevant-to-the-moment passage of the American Rescue Plan Act early last year — supposedly to “rescue” an economy that was already booming post-COVID, but in reality just to shell out $1.9 trillion on Dem goodies. Worse, they blew off warnings that it would spur the very inflation the nation’s suffering now.

So: Democrats gave us soaring prices with one bill that pretended to goose the economy, and now are slamming the economy with another bill that pretends to fight inflation (and, as Biden put it, “God knows what else”). Watch out for the coming “Life Extension and Universal Prosperity Act.”

Liberals force companies to back their agenda