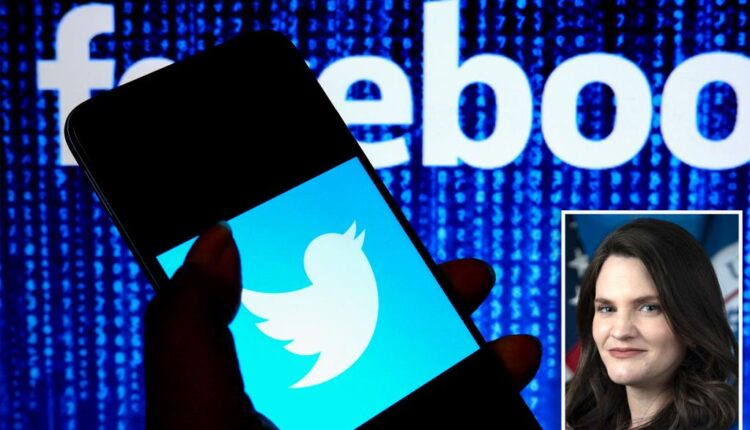 Federal agencies are censoring what you see online to protect America’s “cognitive infrastructure.”

A report Monday from the left-wing Intercept revealed shocking details on how the FBI and Department of Homeland Security secretly affected the 2020 election and are rapidly expanding their suppression of dissent.

In the spring, DHS revealed that it had a Disinformation Governance Board, headed by a wacky zealot named Nina Jankowicz. The New York Post led the charge against that “Ministry of Truth,” and many people believed the peril ended when that board was dissolved. But far more insidious federal censorship efforts are proliferating.

The FBI, DHS, Secret Service and even Customs and Border Protection are elbowing social-media companies like Facebook and Twitter to engage in “censorship by surrogate,” as law professor Jonathan Turley observed.

As the covert war against “misinformation” expands, the list of federally prohibited online thoughts is snowballing. DHS is targeting “inaccurate information on ‘the origins of the COVID-19 pandemic and the efficacy of COVID-19 vaccines, racial justice, U.S. withdrawal from Afghanistan, and the nature of U.S. support to Ukraine,’ ” The Intercept reported.

Are federal censors still seeking to enforce President Biden’s delusion that COVID vaccines prevent transmission? Are they continuing to suppress any information about COVID originating in a Wuhan lab? Is any criticism of Biden’s botched Afghan withdrawal considered heresy? In many cases, DHS notified Facebook and Twitter to suppress parody accounts — perhaps because nothing is more subversive than laughing at politicians.

How many votes were swayed by federal censorship in 2020, and how many will be swayed in next week’s midterm election? The campaign by the feds and former CIA poohbahs to suppress the Hunter Biden laptop story was only the tip of the iceberg in the presidential race.

“The FBI agent who primed social media platforms to take down the Hunter Biden laptop story continued to have a role in DHS policy discussions,” The Intercept noted.

As the Foundation for Freedom Online recently reported, federal contractors also alerted DHS (which then elbowed Big Tech) to suppress hundreds of posts by Americans that were “‘casting doubt on the integrity of the election outcome’ via criticism of things like the viability of drop boxes and mail-in ballots.”

The real goal of the Truth Cops is to control America’s minds. Jen Easterly, Biden’s Cybersecurity Infrastructure Security Agency chief, declared that “the most critical infrastructure is our cognitive infrastructure, so building that resilience to misinformation and disinformation . . . is incredibly important.”

And the most important cognitive “fix” is to train Americans to never doubt Uncle Sam.

In a March meeting with top Twitter executives, FBI official Laura Dehmlow “warned that the threat of subversive information on social media could undermine support for the U.S. government.” The FBI has 80 agents on a task force to curb “subversive data utilized to drive a wedge between the populace and the government.” Mike Benz, a former top State Department official, warns that thanks to DHS string-pulling, “The U.S. government, in effect, censored the ability to ‘cast doubt’ on the U.S. government.”

On Sunday’s “Face the Nation,” Biden chief censor Jen Easterly warned that the midterm elections face a “very complex threat environment” because “you have rampant disinformation.”

Easterly didn’t offer as an example Biden’s claim last week in Syracuse that the price for a gallon of gas was “over $5 when I took office.” What moral standing do federal officials have to suppress alleged private misinformation when the commander-in-chief is brazenly lying?

Federal censorship efforts have almost certainly been far more extensive than yet revealed. Elon Musk, the new owner of Twitter, could give a heroic booster shot to the First Amendment by revealing all the emails, texts and other messages federal agents sent to pressure Twitter to muzzle American citizens. If federal agencies have nothing to hide, they have nothing to fear, right?