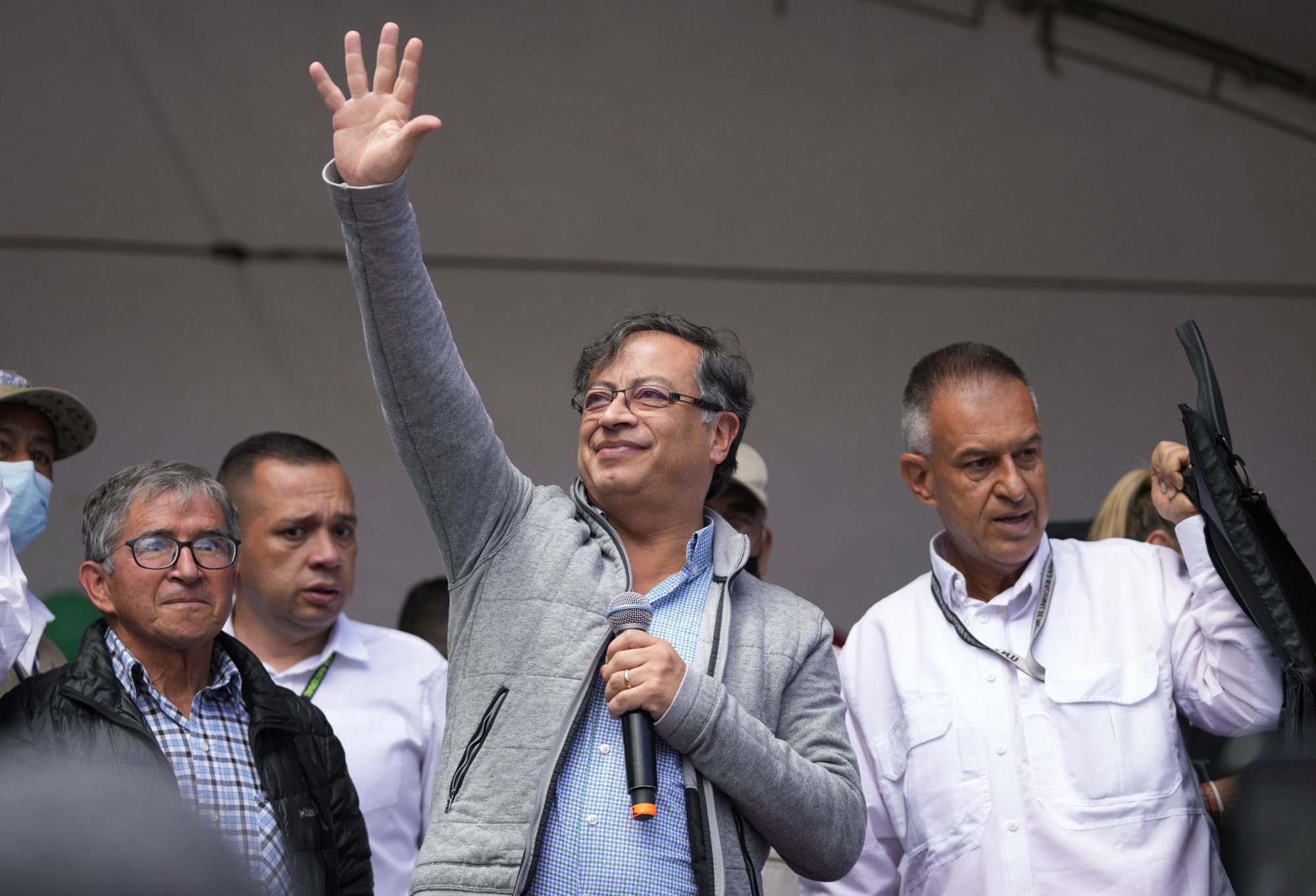 Traditionally conservative Colombia took a sharp leftward lurch last month with the election of Gustavo Petro, a former guerrilla with the M-19 terrorist group. Petro’s radical socialist plans for Colombia have, predictably, won him warm congratulatory phone calls from Caracas, Havana and Moscow. Somewhat more surprisingly, Petro’s also received cordial calls from the president of the United States and his secretary of state, for whom Petro’s progressive climate agenda apparently makes up for his other shortcomings.

All signs point to the Biden administration adopting the long-failed US Agency for International Development strategy of trying to entice far-left, anti-American regional leaders to greater cooperation with ongoing flows of unconditional US financial support. But Congress, not the executive branch, controls the purse and should unambiguously signal that this time, American taxpayers won’t underwrite the deliberate destruction of Colombia’s social and economic structure. Unless Petro renounces his plans to crush the energy sector, end counter-narcotics cooperation and open his borders before he is inaugurated in August, America must immediately halt its $800 million annual aid.

Petro’s election is, in fact, a potential calamity for the United States and threatens to undermine one of the few success stories America can boast of in our own hemisphere. More than 20 years ago, President Bill Clinton initiated Plan Colombia with broad, bipartisan congressional support to surge US assistance to the country’s government, making Colombia the region’s top recipient of American foreign aid.

All this vital collaboration is now in jeopardy. For starters, Petro has vowed to drastically curtail Colombia’s thriving fossil-fuels sector (oil, natural gas and coal account for some 80% of its exports) and force a transition to wind and hydro power. This would make Colombia the first energy-producing nation to voluntarily renounce its own energy resources and end the relative prosperity this sector has fueled.

The recent deal between US-based Occidental Petroleum and Colombia’s state-owned Ecopetrol to explore additional potential offshore resources in the Caribbean, for example, will be at risk since Petro has singled out offshore drilling as a particular target. Colombia had been poised through this and other deals to ramp up production and offset the energy shocks Russia’s invasion of Ukraine caused, but Petro’s election injects uncertainty into an already badly strained supply chain, which could lead to even higher energy prices in the United States.

Petro also claims he wants to close the book on the war on the deadly drugs that flow up through South America to the United States and pivot to his new war on climate change. However appealing this notion might be to the Biden administration, which has also prioritized climate over the scourge of illegal drugs, any such ill-advised pivot will only exacerbate an already-grim drug crisis here at home as we lose a crucial regional partner in this struggle. (Many of America’s partners in the Colombian security sector face retribution from Petro’s incoming regime.)

The third leg in Petro’s policy stool is mending ties with neighboring Venezuela, where similar socialist policies under dictator Nicolas Maduro have led to hyper-inflation and left this once-wealthy country on the verge of collapse — while millions of its citizens desperately flee with the goal of reaching the United States. Up until now, US-Colombia cooperation has been a bulwark keeping many of these migrants in the region, but if Petro opens the border with Venezuela as threatened, there’ll be no way to control the wave that will flow unchecked toward America.

Petro won’t be able to implement his radical policies, which will rely heavily on government subsidies, without support from the United States — and that should give Washington significant leverage. Assistance from America is not disinterested charity but rather should be part of a collaborative partnership that increases mutual regional security and prosperity, which could in the case of Colombia be a model for the region. If Petro insists on following Venezuela down a socialist path to disaster, the Colombian people should know this partnership will still be on offer four years from now if they choose to change course once again.

Victoria Coates is a distinguished fellow at the American Foreign Policy Council and served as deputy national security adviser for the Middle East and North Africa in the Donald J. Trump administration.

Elon Musk wants to terminate his agreement to buy Twitter