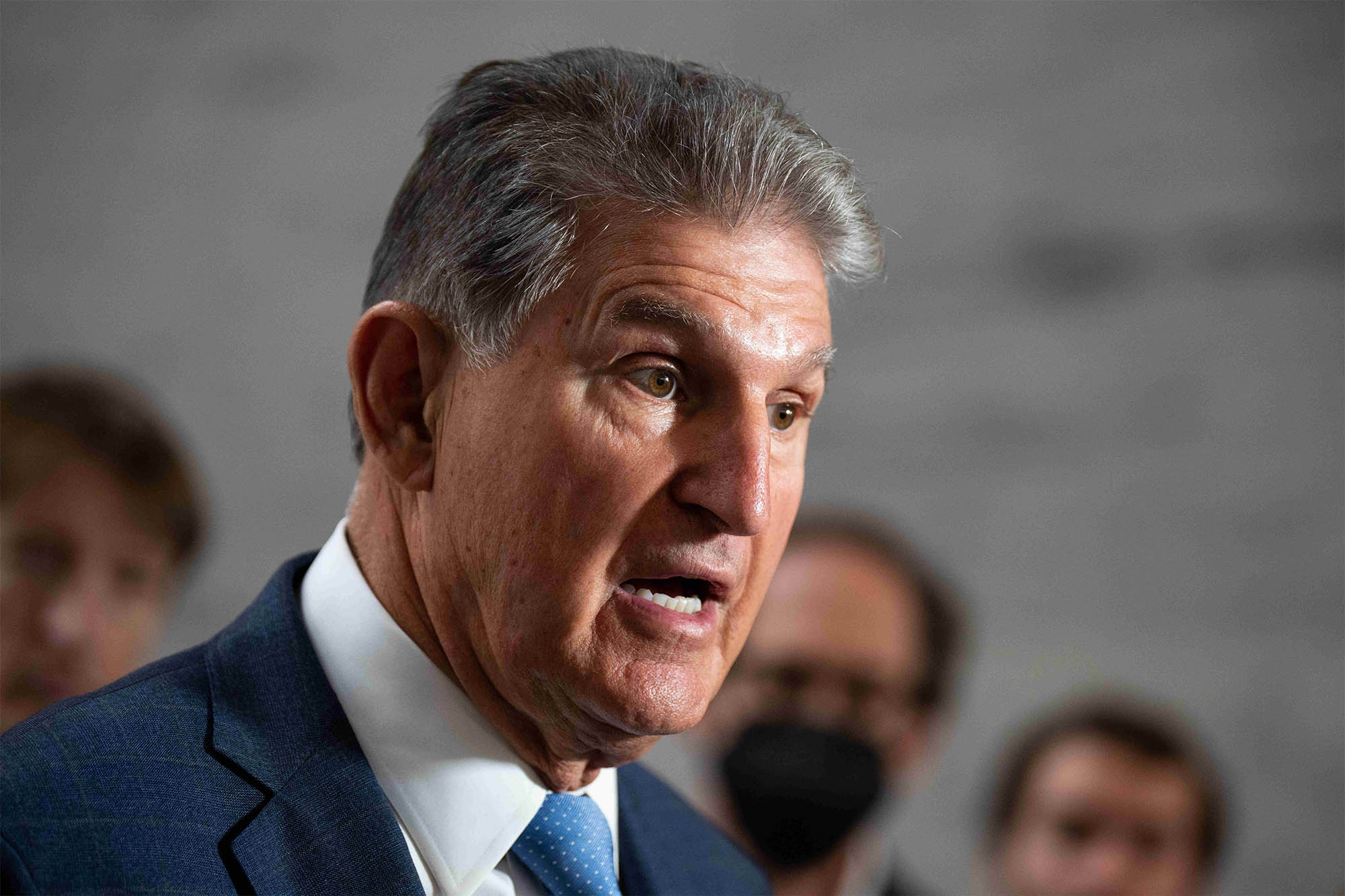 Sen. Joe Manchin last year “rightly criticized a bonus tax credit for union-made electric vehicles in the Build Back Better bill,” recall The Wall Street Journal’s editors, saying, “We shouldn’t use everyone’s tax dollars to pick winners and losers.” “Yet that’s exactly what his tax and climate deal with Senate Majority Leader Chuck Schumer does” by writing into law unfair advantages for union labor. It will “raise project costs” thanks to unionized workers’ far higher wages and benefits, “which will be borne by utility ratepayers and taxpayers.” This “could also push up wages in local labor markets and raise costs for manufacturers and contractors.” So “how does this reduce inflation?”

From the right: Republicans’ Responsibilities

“Liberalism is dying, and the American right is ascendant,” declares Daniel McCarthy at Spectator World. Democrats “run as if they were still the party of the New Deal, not new genders,” with “little to offer voters outside of the cities that are already their strongholds.” They disdain “a third or more of the American public,” and “the voters they deplore then come to take an even dimmer view of the institutions that liberals control.” But the GOP may end up “with more responsibility than it can handle.” Can Republicans “govern a country that is more secular and urban than the GOP’s own heartlands?” If they can’t, America “will be directionless and shambling in a century when stability and cohesion are the world’s most precious commodities.”

“Buried alongside iconic broadcasters is the public’s confidence in news from all sources,” laments Charles Lipson at Real Clear Politics. “Only 16% of Americans say they have a ‘great deal’ or ‘quite a lot’ of confidence in newspapers.” The changes in how Americans get news “are huge — and irreversible,” with daily print circulation about one-third its 1980s peak of 63 million. Technological innovation and a new segmented market are to blame. “Papers that were once confined to local markets, like the New York Post, have developed a huge national reach, in part because they offer a rare alternative to left-wing papers like the New York Times and Washington Post.” Consumers “have more options than ever (good), but we are increasingly insulated from opposing views (bad).” Worse: “This insularity is bound to deepen our country’s ideological divide.”

Brittney “Griner’s case was never about a minor offense against Russia law,” notes Tom Nichols at The Atlantic, but “about what kind of country Russia has become as its president, Vladimir Putin, has descended into anti-Western hysteria while initiating foreign wars and ramping up internal repression.” Her arrest came “after Putin and his circle had almost certainly made the decision” to invade Ukraine. She makes a fine “bargaining chip” as “a prominent American” who’s “gay, Black, and covered in tattoos, the kind of defendant for whom the average Russian will have no sympathy.” And “efforts to spring Griner” will “feed into a Russian narrative” that “we value racial or sexual minorities disproportionately — exactly the case that anti-Western hysterics like Putin have been making for years.”

Neocon: Behind the Gaza Fighting

“Both sides are blaming each other for the new round of violence” between Israel and the Palestinian Islamic Jihad, “but the major cause of this escalation is the PIJ’s plotting to conduct a new round of terrorist attacks against Israeli citizens,” explains the Washington Examiner’s Tom Rogan. Note that PIJ is “a key means of Iran’s covert war on Israel”; indeed, PIJ leader Ziad Nakhaleh was in Tehran meetings Friday as he “described the current conflict as ‘a test for all parts of the resistance.’” Given “escalating concerns in Israel over a possible Iranian breakout” in going nuclear, the “consensus viewpoint” of “the Israeli security establishment [is] that Iran must be actively deterred.” Beware: “Iran’s influence on the PIJ may mean that the group decides to continue fighting even as the costs on its capabilities and Palestinian civilian infrastructure escalate.”