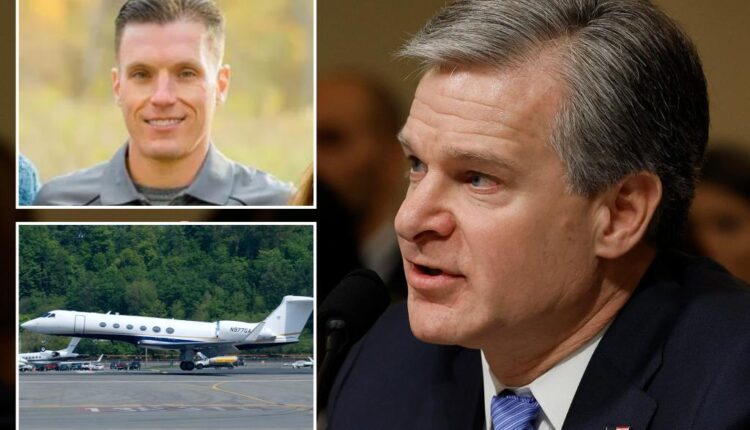 Hero FBI whistleblower, special agent Steve Friend, has been let down by the Office of Special Counsel which rejected his complaint about FBI politicization two days after the midterms. The rejection letter, signed by Johanna Oliver, attorney in the Disclosure Unit, says that FBI director Christopher Wray has complete “discretion to approve departure” from bureau rules for investigations. In other words, anything goes.

But Friend continues his quest to stop the bureau abusing its power.

Now, he and dozens of suspended and sympathetic FBI employees are busy formulating questions to ask Wray during an all-hands virtual meeting with 36,000 FBI employees, believed to be on Dec. 7.

Sen. Josh Hawley already got in a few zingers last week at a Senate Homeland Security Committee hearing, the first time Wray has faced oversight since he cut short a hearing in August to fly the FBI jet on a vacation to the Adirondacks.

The FBI would not comment when The Post first reported the jaunt, but on Thursday, under pressure from Hawley, Wray finally admitted the truth.

Hawley cited The Post’s report that “the reason the hearing had to be cut short is because you were flying on a Gulfstream jet for a personal vacation in the Adirondacks,” said Hawley.

“Please tell me that’s not accurate.”

Wray claimed he never cut short the hearing and he is “required to fly on an FBI plane wherever I go.”

Hawley “So, you were going on vacation?”

Hawley: “So you left a statutorily required oversight hearing in order to go on a personal vacation in the Adirondacks.”

Wray: “I took a flight to go visit my family as had been previously arranged with leadership of the committee”.

Hawley: “No, no, no. The ranking member Chuck Grassley asked you during the hearing, he said: ‘I assume you must have other business’. You said ‘yes’. He then said if you have a business trip, you have your own plane, can’t it wait a while?…

“And you said you had a plane to catch, you had somewhere to go, and now we find out it was for a vacation?”

Hawley: “You had to leave the hearing early because you were going to see him later in Iowa?”

Wray: “No, I had to leave when I said I was going to have to leave as had been previously organized with the leadership”.

Hawley: “You left an oversight hearing before the Senate Judiciary Committee, required by statute, so you could vacation with your family. I find that absolutely unbelievable and frankly indefensible”.

It is indefensible, as is Wray’s slippery claim that he was referring to a future meeting in Iowa when he told Grassley, while “hightailing” it out of the Aug. 4 hearing, that he had “other business”.

Grassley was skeptical about Wray’s most recent performance, tweeting in disgust Friday: “Can u believe what FBI Dir Wray said yesterday?[His]commitment to transparency is lackluster at best”.

The next step is for Wray to show the committee receipts — with dates — for all the personal flights on the FBI jet he says he paid for out of his own pocket.

How to save America from another fraudster like Elizabeth Holmes