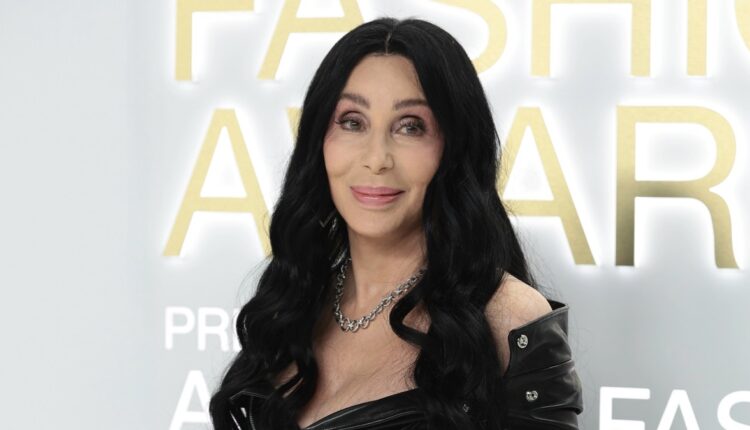 Cher has insisted “love doesn’t know math” as she reflects on her relationship with Alexander Edwards.

The ‘Believe’ hitmaker recently confirmed she is in a relationship with her 36-year-old boyfriend – who is 40 years younger than her – and while she has admitted the age gap “looks strange on paper”, she doesn’t think it’s an issue.

She tweeted: “On paper This Looks strange (Even 2 ME) A.E Says Love Doesn’t Know Math (sic)”

A fan replied to offer her a message of support and urging her to ignore any naysayers, noting “one person’s happiness doesn’t depend on what others think or say”.

Meanwhile, another fan asked what her beau’s best qualities are, and the ‘If I Could Turn Back Time’ star had a cheeky answer ready.

She wrote: “He’s kind, smart, hilarious… and we kiss like teenagers (sic)”

Earlier this month, Cher confirmed her romance with the music producer after setting tongues wagging by sharing a photo with Alexander – who has three-year-old son Slash with model Amber Rose – with a red heart emoji on Twitter at the weekend, days after the pair were spotted walking hand-in-hand on a date night at Craig’s restaurant in West Hollywood on November 2.

Responding to those calling out their age difference, Cher snapped back: “I’m Not Defending us.

“Haters are Gonna Hate…Doesn’ Matter That and Not Bothering Anyone. (sic)”

When another user questioned Alexander’s “motives and intentions”, she replied: “Haven’t You Got Anything Else 2 Do!? Let Me Explain…I DONT GIVE A [plane emoji] FK WHAT ANYONE THINKS. (sic)”

Cher previously dated Tom Cruise, 60, with whom she had a 16-year age gap.