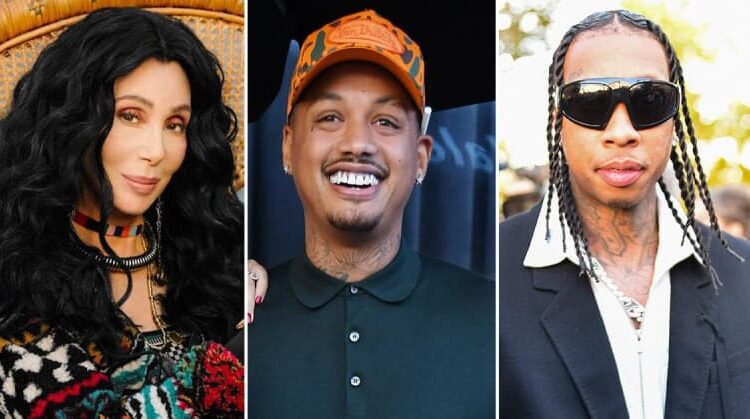 New couple alert? The icon that is Cherwas spotted holding hands with Amber Rose‘s baby daddy, music executive Alexander “AE” Edwards, during an intimate dinner for two at a paparazzi-plagued restaurant — just days after she hung out with his best friend, Kylie Jenner‘s ex Tyga, RadarOnline.com has learned.

The Turn Back Time songbird, 76, held her head high as her fingers interlocked with AE’s before dinner at celebrity hotspot Craig’s in Los Angeles on Wednesday. Despite their 40-year age gap — AE’s 36 years old — the possible couple confidently made their debut at the eating establishment where A-listers go to be seen.

Cher looked youthful, decked out in a black corset-like top with fitted bedazzled trousers and a long tailored jacket. Sporting her dark hair down, the Grammy winner wore little makeup and held a black purse — but her best accessory was her smile.

As for AE — who admitted to cheating on Amber with 12 girls — he dressed chic for his date with the fashion legend. Wearing a leather-inspired top with matching pants, the music mogul slipped into black and red boots to make his attire pop.

While their date seemed innocent enough, their dinner ended with a kiss that left everyone talking.

After dinner, it was time for dessert. The pair left Craig’s in the same vehicle where AE was photographed planting a kiss on Cher’s hand.

Cher and AE’s night wasn’t over there.

The two headed to another hotspot, The Nice Guy, nearby, where they caught up with their friend Tyga. The Taste rapper arrived first followed by the new couple moments later.

Cher smiled big as she strolled into the second establishment holding AE’s hand.

Interestingly enough, Cher and AE’s couple debut came just days after she spent some quality time with Tyga, 32. The musician — who’s best friends with AE — attempted to shield himself from the shutterbugs as he made his way into Cher’s Malibu home with the superstar in tow.

AE and Rose — who share two children — ended their on-again, off-again relationship in 2021 after he admitted to cheating on her with a dozen women. Weeks later, their body language screamed they were back together.

RadarOnline.com has reached out to the parties involved for comment.