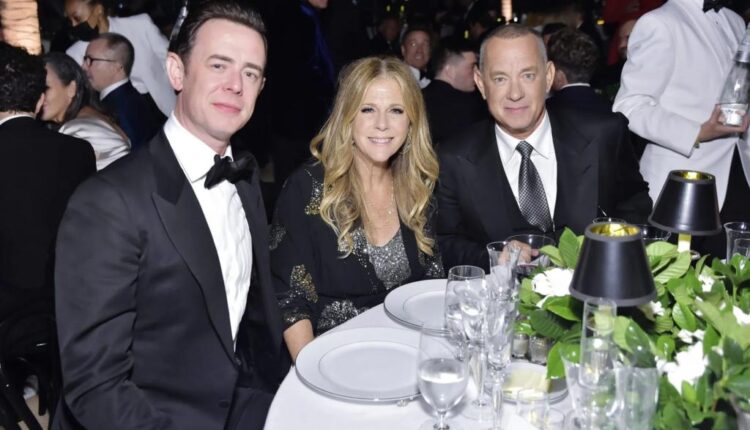 Take it from them, not me

Tom Hanks’ son Colin. “My father’s advice was hit your marks, be on time, show up prepared, realize people are watching even when you least expect it. They’re always making comparisons to your father.”

Sissy Spacek’s advice to daughter Schuyler: “Save your money.”

Jean-Claude Van Damme: “If you have a decent body, show it. My best side’s my backside. I’m proud of my behind. You contract the butt hard for 15 seconds then release. Gives you buns of steel.”

During a long ago argument Gwyneth Paltrow called Brad Pitt “a dumb redneck hillbilly” and he called her “a stuck up snob.” Que pasa afterward, who knows. I only know Rolling Stone reported it.

George C. Scott’s son Campbell: “Dad had terrible temper. Split personality, he became tortured raging angry when he drank. My parents divorced, reconciled then remarried for six years until alcohol overcame him and his temper was uncontrollable. He never hit me but I sure never disobeyed him.”

Many a movie ago Cuba Gooding Jr. lived in a car with his mother, brother and sister . . . Matthew Modine loves to paint so he made a portrait of Al Pacino who hated it . . . Laura Dern’s great-grandpa was governor of Utah . . . David Duchovny was hooked on watching home shopping channels . . . Johnny Depp found his Oscar experience traumatic and hijacked Harrison Ford’s chauffeur to help him escape.

Cate Blanchett: “Motherhood does not stop your working. It’s a sexist notion that a woman’s career ends once her body changes and she gives birth. I was pregnant but wouldn’t stop work though I kept waking up 2 a.m. Pregnancy is the ultimate expression of hope in this troubled world.”

Dolly Parton told the Daily Mail she often gets up at 3 a.m. because God gets up early, too, and this way she gets “a clearer channel to that divine link to creativity.”

Adam Sandler: Age 56, says he has seen a shrink and the plan is for him to take a beat for one minute before saying something stupid.

Mariah Carey, glistening with her Christmas special, glistened at one World Music Award whose producer suggested she glide down the set’s stairs to receive her award. Answer: “Mariah doesn’t do stairs.”

And sweating and schvitzing at Equinox to get set for Thanksgiving: Hank Azaria heaves there daily. Also Drake. Also Chris Cuomo under a baseball hat, anchor David Muir lunches there then sweats at the place at night. Also NYTimes’ Frank Bruni, Tony Danza, Alan Alda (does bikes and treadmills), Bob Woodruff, Elizabeth Vargas (monitoring her son), “Shark Tank’s” Mark Cuban playing basketball and, when in town, working out with his bodyguards heaving and schweating Schwarzenegger. Also David Hyde Pierce and writer Jim Fragale, 83.

BE it known specialists say running, pushing, pulling, exercising uses every muscle in the body. However, they say, there are no muscles in the brain.