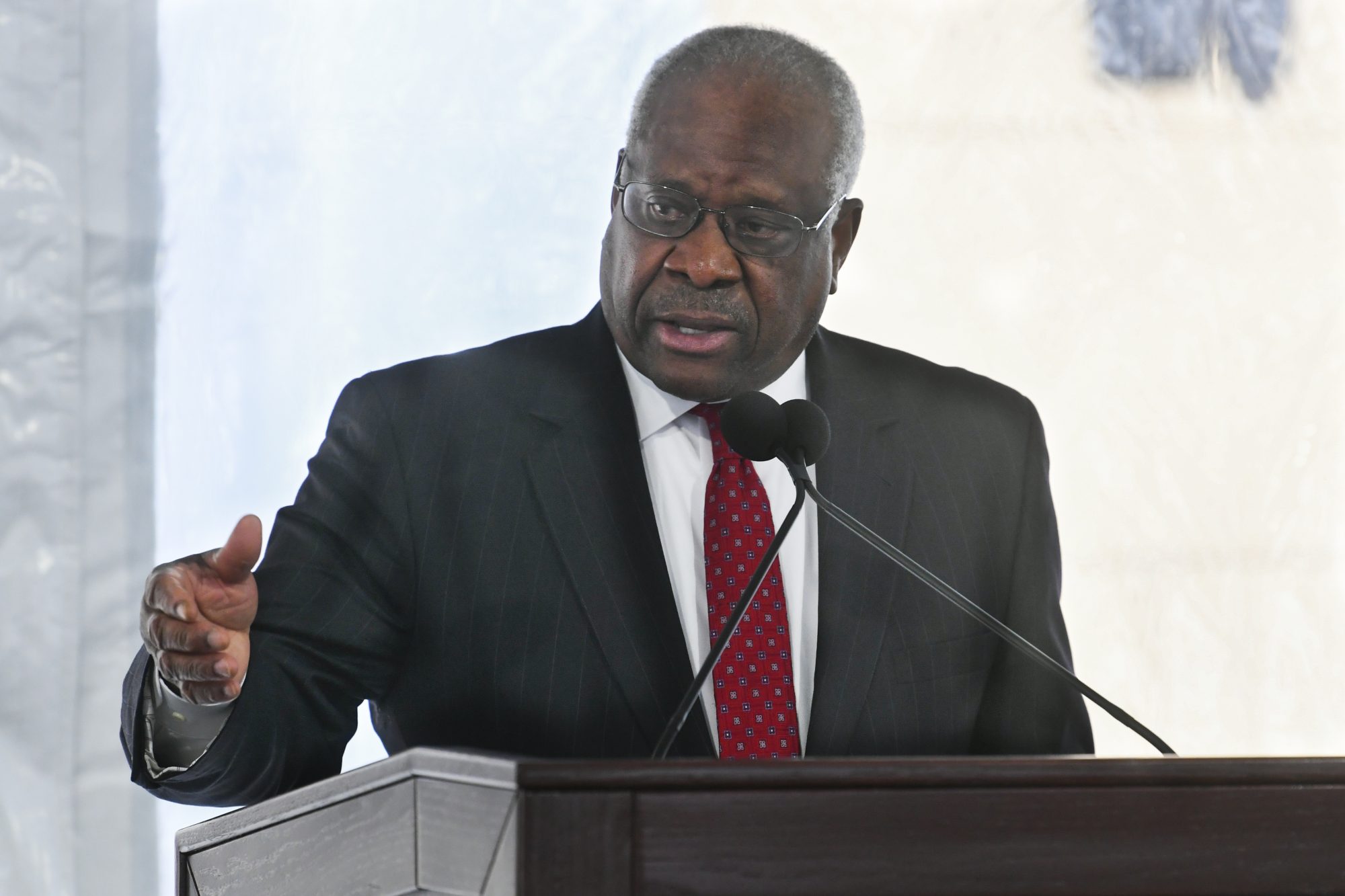 A festering rot of racial animosity exists in our society that we willfully ignore socially and politically. It is a rot that eats away at the flesh of our civil society and spoils the greatness of our multicultural nation.

Progressives continually tell us we have blinders on when it comes to racism in American society. They’ve shoved their ideological solution of anti-racism to force us to “deconstruct” what they believe is an inherently deep-seated racist nation. I, as a black American, am supposed to rejoice in the presence of our self-appointed saviors, but I peeked behind the veil and saw who they really are.

Understandably, detractors of the decision have found themselves angry and anguished at last week’s Supreme Court reversal of Roe v. Wade. Six judges found it necessary to overturn, but just one has been elected the face of all political animus: Clarence Thomas, who didn’t even write the court’s opinion.

They say that in times of stress, anger and anguish, you see who people really are. These moments are rare but special because you get to see how much of their rhetoric manifests in action and how much is lip service.

With overwhelming anger seeping through their pores, Democrats saw only one viable target who would satisfy their rage. There was only one person for whom they felt comfortable exposing themselves by lifting the veil of their true hatred and indifference for black people.

In a matter of hours, “Uncle Clarence” was trending on Twitter, a reference to the racist pejorative “Uncle Tom.” I witnessed multiple conversations between white progressives questioning if Clarence knows he’s black, chastising him for being married to a white woman and even going so far as to feel completely comfortable calling him a n–ger.

Even more disappointing, many black progressive Democrats stood by and said nothing. I listened to a Twitter Spaces discussion in which a white man said, verbatim, “Clarence Thomas is a n–ger” on a mostly black panel, and no one said a thing. Why would they allow this without pushback? Because they aren’t principled either.

White progressives feel emboldened to use racially inflammatory language like “Uncle Tom” and “coon” directed at black people who don’t behave the way they feel is acceptably black because black progressives allow it to happen.

Samuel L. Jackson, for example, gave the racist bat signal to all his white elitist progressive allies when he tweeted, “How’s Uncle Clarence feeling about Overturning Loving v Virginia??!!” Today, it’s Uncle Clarence, but tomorrow it can be Uncle Samuel, and that’s the point he’s missing.

You cannot claim to be pro-black while selectively caring about which black person takes racial abuse. You cannot claim to be “anti-racist” if some racism is OK with you. You do not have to support Clarence Thomas’ political positions to find something highly unconscionable about how the man has been treated based simply on his race.

The veil has been lifted, and this is who they are. The progressive movement is a sham along with its boutique anti-racism ideology. The deep-seated hatred that progressives claim exists among the American public actually rots inside them, not us.

While everyone else has had their fingers clamped firmly on their noses to avoid the stench, I’ve been smelling this rot spread throughout my old political party for years. I used to believe Democrats were the party of fairness, liberal values and rationality, but they’ve allowed the rot to spread to all their messaging and have willfully leaned into the stench.

Instead of being repelled by the putrid smell of superficial identity politics, they’ve convinced themselves it’s a perfume-like fragrance everyone should enjoy. They’ve allowed racist leftist ideologues to smell up the joint, forcing many black Americans like me to choose political homelessness over a home that reeks of immorality.

This isn’t about Clarence Thomas; it is about addressing what is right and what is moral. Thomas doesn’t need my defense; he’s a grown man and can handle himself when labeled a misbehaving Negro.

The veil has been lifted; this is who they are. Believe them.

Adam B. Coleman is the author of “Black Victim To Black Victor” and founder of Wrong Speak Publishing.