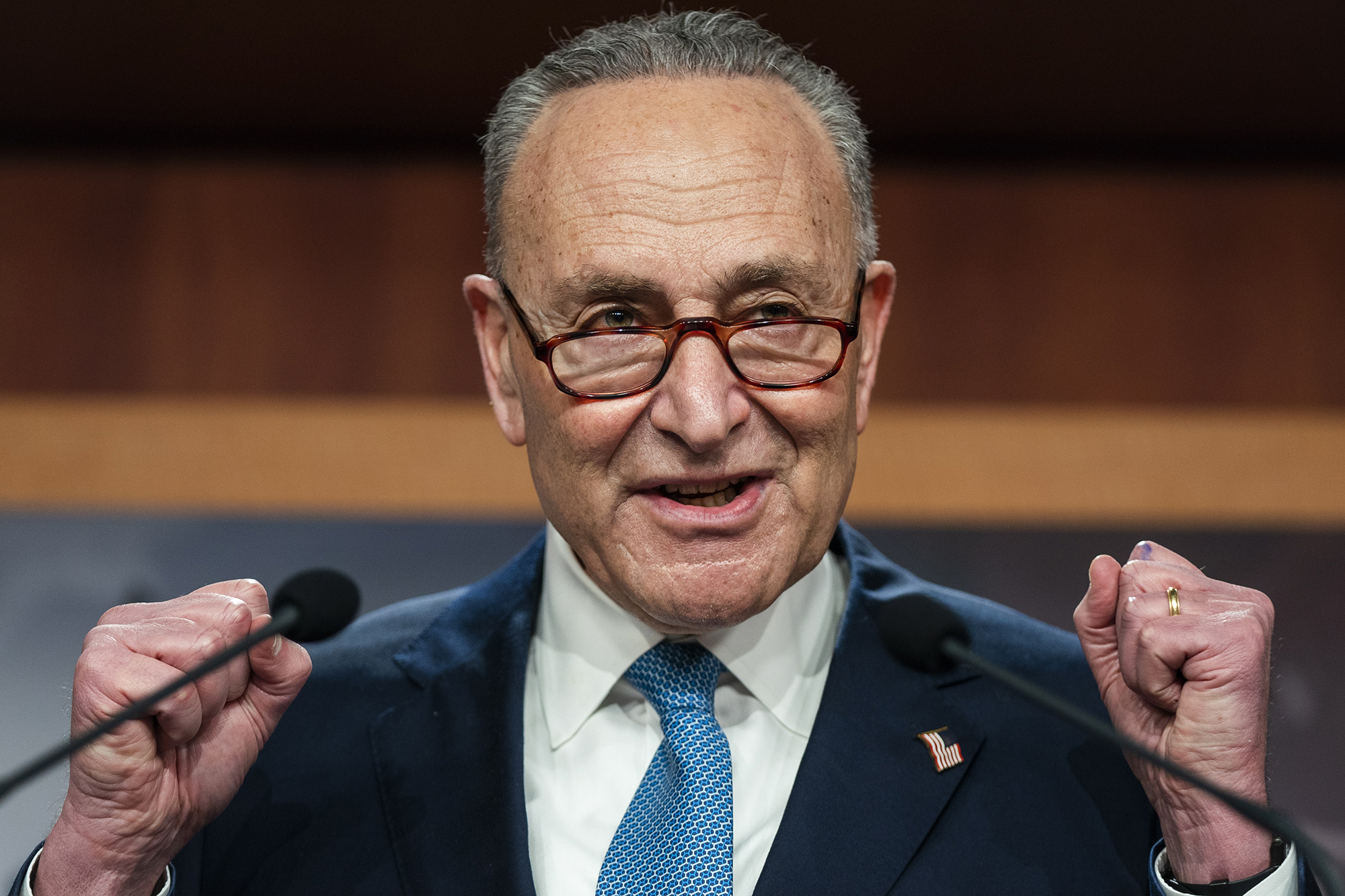 “Build Back Better is back! (Well, sort of.),” reports Spectator World’s Oliver Wiseman. “Senate Majority Leader Chuck Schumer will submit a reconciliation bill” Wednesday to “allow the federal government to negotiate prescription drug prices for Medicare.” It’s a popular policy Democrats could use to say they’re “working to lower the cost of living. But Schumer and Co. hope it will be more than that.” If the parliamentarian rules it needs just 50 votes, Dems will make it part “of a broader package that they can pass before the midterms.” The rest will reportedly focus on climate and energy policy and tax reform. But with those who warned Build Back Better’s big spending would cause inflation “vindicated,” will the pricey package be “a political asset or yet another liability” heading into November?

PolitiFact ranked President Biden’s claim about abortion — that the Supreme Court’s decision overturning Roe v. Wade made “the United States an outlier among developed nations” — “mostly true,” but that really “depends on which metrics one is using,” notes Chandler Lasch at RealClearPolitics. Sure, “states will now be allowed to set their own abortion policy,” instead of having a national set of rules as in other countries. But “the only countries besides the U.S. to allow abortions” at 20 weeks “are China, North Korea, Canada, Netherlands, Singapore, and Vietnam.” So a case can be made “that the U.S. is an outlier either because its policies are too restrictive or because they are not restrictive enough.” PolitiFact would’ve “done well to consult anti-abortion experts on this topic as well, not just those who support abortion access.”

“Average Americans no longer trust the media to tell the unvarnished truth,” laments Issues & Insights’ Terry Jones, based on the latest I&I/TIPP poll. It showed just 34% of Americans say they trust the “traditional” media vs. 58% who “say they have no trust.” Meanwhile, a Reuters/University of Oxford survey of global media markets found the United States dead last among nations, with just 26% of readers saying they “trust the news most of the time.” The media face “a crisis of confidence” yet they’re doing “little to correct or address their issues, which include pervasive far-left cultural and political biases that are starkly at odds with mainstream America.”

“Law enforcement officials are growing concerned that progressive prosecutors are freeing guilty murderers in their rush to enforce their own politics of decarceration and equity,” frets former federal prosecutor Tom Hogan at City Journal. These district attorneys (Larry Krasner, Chesa Boudin and others) get witnesses to recant, “concede that the police or prior prosecutors” engaged in “misconduct” and “find a supposedly impartial outside authority to support [their] claim of innocence,” often an activist organization. Why? “The same motivation that might drive an overly aggressive prosecutor to convict defendants falsely: electoral pressures.” A “good prosecutor” will exonerate “a wrongfully convicted murderer,” but a “bad prosecutor” is similarly capable of “falsely exonerating a truly guilty” murderer. And that “is not justice.”

President Biden has “discovered a new scapegoat for persistently high gas prices: Americans who own and operate gas stations,” chides Reason’s Eric Boehm. “To the companies running gas stations and setting prices at the pump,” Biden tweeted Saturday, “bring down the price you are charging at the pump to reflect the cost you’re paying for the product.” Does the White House know that “more than half the gas stations in the country are single-store operations run by an individual or a family?” And that “gas station owners aren’t raking in massive profits”? Simply put, “companies” aren’t running gas stations and making huge profits; “small-time entrepreneurs” run them, operating on tiny margins. Biden is showing his “economic illiteracy.”