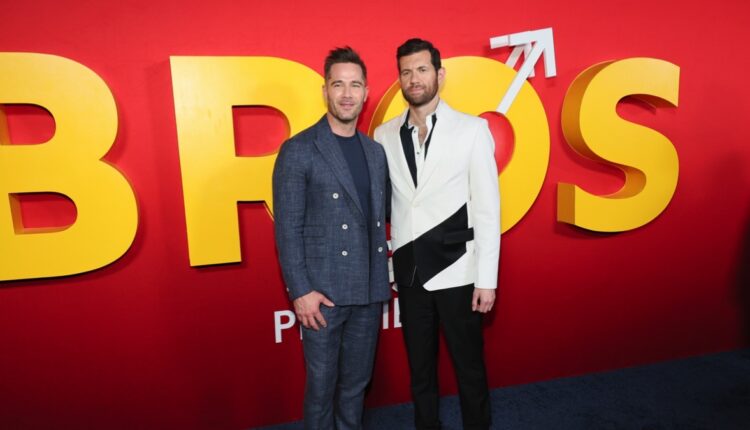 Heavily marketed by Universal Pictures and costing $22 million to produce, the movie received mostly glowing reviews but took less than $5 million at North American theaters on its opening weekend.

Despite opening in more than 3,000 theaters, it ranked only in fourth place at the domestic box office overall, behind Paramount’s mid-budget horror “Smile,” and two other films which debuted earlier last month.

“That’s just the world we live in, unfortunately. Even with glowing reviews… straight people, especially in certain parts of the country, just didn’t show up for Bros,” Eichner, who co-wrote and stars in the film, tweeted Sunday.

“And that’s disappointing but it is what it is.”

The movie follows Bobby, a successful New York-based podcaster who insists he is content being single even as his friends couple up, before his life is changed by an encounter with an equally commitment-phobic lawyer.

Made with an entire cast of openly LGBTQ actors, it features several sex scenes, including one with four men engaged in group sex, and is rated R for “restricted.”

At its world premiere at the Toronto film festival last month, Eichner told AFP it was “absurd and infuriating” that it had taken so long for a major Hollywood studio to release a film like “Bros.”

“There should be tons of these movies by now. But still, I’m very grateful that Universal finally decided that it was time,” he said.

Director Nicholas Stoller said he hoped the film would prevail at the box office in order to show “the studios that there is a big audience for this kind of story, and not just an LGBTQ audience, but a straight audience.”

That now seems less certain, although box office analyst David A. Gross of Franchise Entertainment Research noted that the film’s first weekend figures represented “a fair opening by mainstream romantic comedy standards,” as the once wildly popular genre has been “under pressure for a number of years.”

“There are no norms for gay film stories because there have been so few of them. Those few that came before generally featured funny gay shtick,” he wrote.

In a series of tweets, Eichner said he had attended a “Bros” screening in liberal Los Angeles where the audience response was “truly magical,” but said an unnamed theater chain had threatened to not show the film’s trailer “because of the gay content.”

“Everyone who ISN’T a homophobic weirdo should go see BROS tonight! You will have a blast!” he added.

“And it is special and uniquely powerful to see this particular story on a big screen, esp for queer folks who don’t get this opportunity often.”

Apple debuts the teaser trailer for Will Smith’s Emancipation