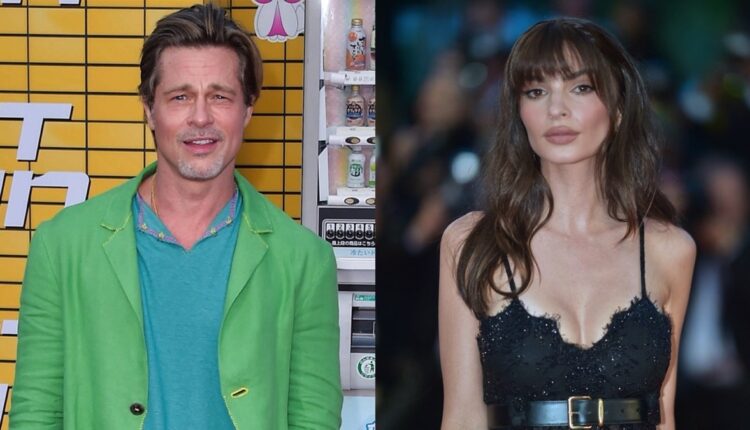 Brad Pitt has reportedly been spending time with Emily Ratajkoswki.

The insider cryptically added to the outlet fans should “stay tuned” about their relationship.

The Page Six source said: “People have been speculating about this for a while. Brad is not dating anybody. They (Brad and Emily) have been seen a couple times together.”

They added ‘Bullet Train’ actor Brad has also been “seen with other people” in recent months and said he’s not dating “anyone in particular’.

Page Six did not say where the pair have been spending time, but Brad was in Paris on Sunday (25.09.22) and Emily last week travelled from her home in New York to Italy for a fashion show.

There have been rumours since last week on social media the pair are in the early days of seeing each other, but there has been no evidence they are a couple.

In August, OK magazine said Brad was getting close to Emily, carrying a claim he had “asked her out” and she had said yes.

The publication added: “She’s always though Brad was cute, and the way she saw it, what did she have to lose?”

Brad is still embroiled in legal battles with his ex-wife Angelina Jolie, 47, about custody of their six children – Maddox, 21, Pax, 18, Zahara, 17, Shiloh, 16, and 14-year-old twins Vivienne and Knox.

They are also fighting over Château Miraval, the winery they bought when they were married.

Emily recently filed for divorce from husband Sebastian Bear-McClard, 41, amid claims he had cheated.

In October 2020, the pair announced they were expecting their first child together, but Emily declared it was “something a woman does by herself, inside her body, no matter what her circumstances may be”.

She added: “Despite having a loving partner and many female friends ready to share the gritty details of their pregnancies, I am ultimately alone with my body in this experience.

“There is no one to feel it with me – the sharp muscular aches in my lower abdomen that come out of nowhere while I’m watching a movie or the painful heaviness of my breasts that now greets me first thing every morning.

“My husband has no physical symptoms in ‘our’ pregnancy – another reminder of how different a woman and man’s experience of life can be.”