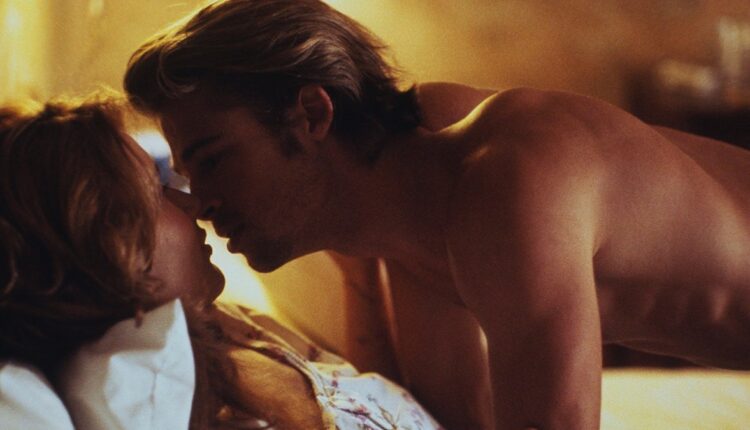 Brad Pitt is said to have been so “embarrassed” about a spot on his bum while filming his Thelma and Louise sex scene a make-up artist covered it up between takes.

His co-star on the 1991 film Geena Davis, 66, made the claim about the 58-year-old actor in her new autobiography, ‘Dying of Politeness’, in which she also said Brad’s abs were sprayed with Evian water by the film’s director Ridley Scott during the shoot.

She said in an extract from the memoir, quoted by The Sun on Sunday (16.10.22): “Brad, for his part, couldn’t have cared less about all the fuss over his looks.

“He was just embarrassed about a tiny little pimple on his butt that the make-up gal re-covered after each take.”

Geena also said she only agreed to show more flesh than she wanted in the scene for director Ridley Scott after queues of body doubles started to audition to stand in for the actress.

She added in her book: “I was uncomfortable with the projected extent of skin I was being asked to show, so Ridley Scott found himself interviewing a slew of body doubles who were more used to flashing the flesh than I was.

“A line of them snaked through the lot where we were filming, right past my trailer door, and I couldn’t stand it any longer – I’d worked as a model, after all – so I told Ridley I’d do it.

“I needn’t have worried. Ridley seemed much more concerned about how Brad looked than I did in that scene, making sure the lighting was just so, and even personally spraying Brad’s abs with Evian.”

Dad-of-six Bard, currently embroiled in an ongoing legal battle with his ex-wife Angelina Jolie, 47, recently said he was really “grateful” he got the chance from director Ridley Scott, 84, and Geena to feature in ‘Thelma and Louise, in which he played conman and petty thief JD who rips off cash from Geena’s character Thelma, sending her and Louise, played by Susan Sarandon, now 76, into a spiral of theft and disaster that famously ends with them driving off a cliff.

Brad said about landing the role, and his regret he made his voice so high in the role: “I had nothing to show for myself, except for my work as an extra, and they took a chance on me.

“I’m more aware of how high my voice is in it. My a** must have been clenched so tight, being the first one.

“I think they (the filmmakers) were desperate, to tell you the truth. They were already shooting because a week later I was on set, working.”

He added he was picked for the part at his final audition in a head-to-head with five other actors who he said included George Clooney.

Brad said Geena picked him after exclaiming: “The blond one… hello!”