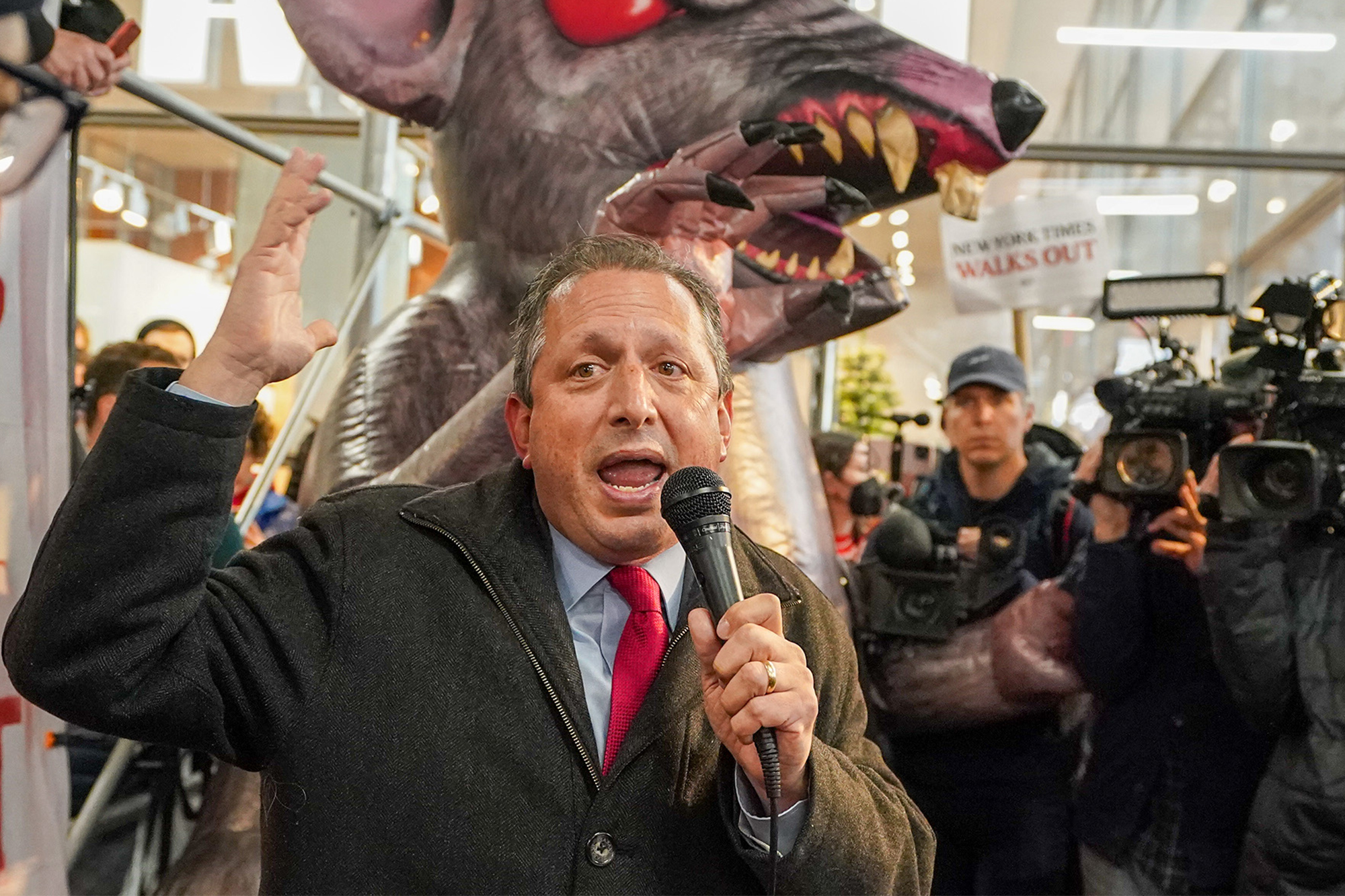 After nearly a year as city comptroller, Brad Lander plainly still doesn’t understand the limits — and duties — of his job. He’s now trying to use public pension funds to browbeat The New York Times into making labor-contract concessions to its privileged journalists.

Sorry, Brad: That dispute is none of the city comptroller’s business. You’re supposed to be an impartial government official, tasked to oversee city finances and serve as a fiduciary to the five municipal pension funds. Not to meddle in management-union battles at private businesses, even ones the funds invest in.

Indeed, as a fiduciary, Lander’s chief legal duty is to maximize returns on pension-fund assets, holding down costs for taxpayers, who must cover any shortfalls to meet pension obligations to retired city workers. (By the way, he doesn’t even have full control over the funds’ $250 billion in assets.)

We’re not suggesting Lander side with management, either, though it’s certainly more concerned with generating higher profits and boosting stock values than workers seeking higher pay and better benefits.

Yes, city comptrollers — going back decades — have tried to use the funds for blatantly political purposes, often at taxpayer expense. Under Lander’s predecessor, Scott Stringer, the pensions sought to divest from fossil-fuel companies, and the New York City Employees’ Retirement System became one of the nation’s 10 biggest sponsors of left-leaning “environmental, social and governance” resolutions.

It’s notable, too, that from 2002 to 2019, per a Manhattan Institute report, taxpayers’ pension-fund contributions ballooned from $1.4 billion a year to $9.8 billion (11% of the city budget). Plus, the city budget already faces massive future-year gaps, and New Yorkers’ tax burden is high enough.

Lander has every right to express personal support for lefty causes. But threatening to abuse his official powers at taxpayers’ expense is beyond the pale.